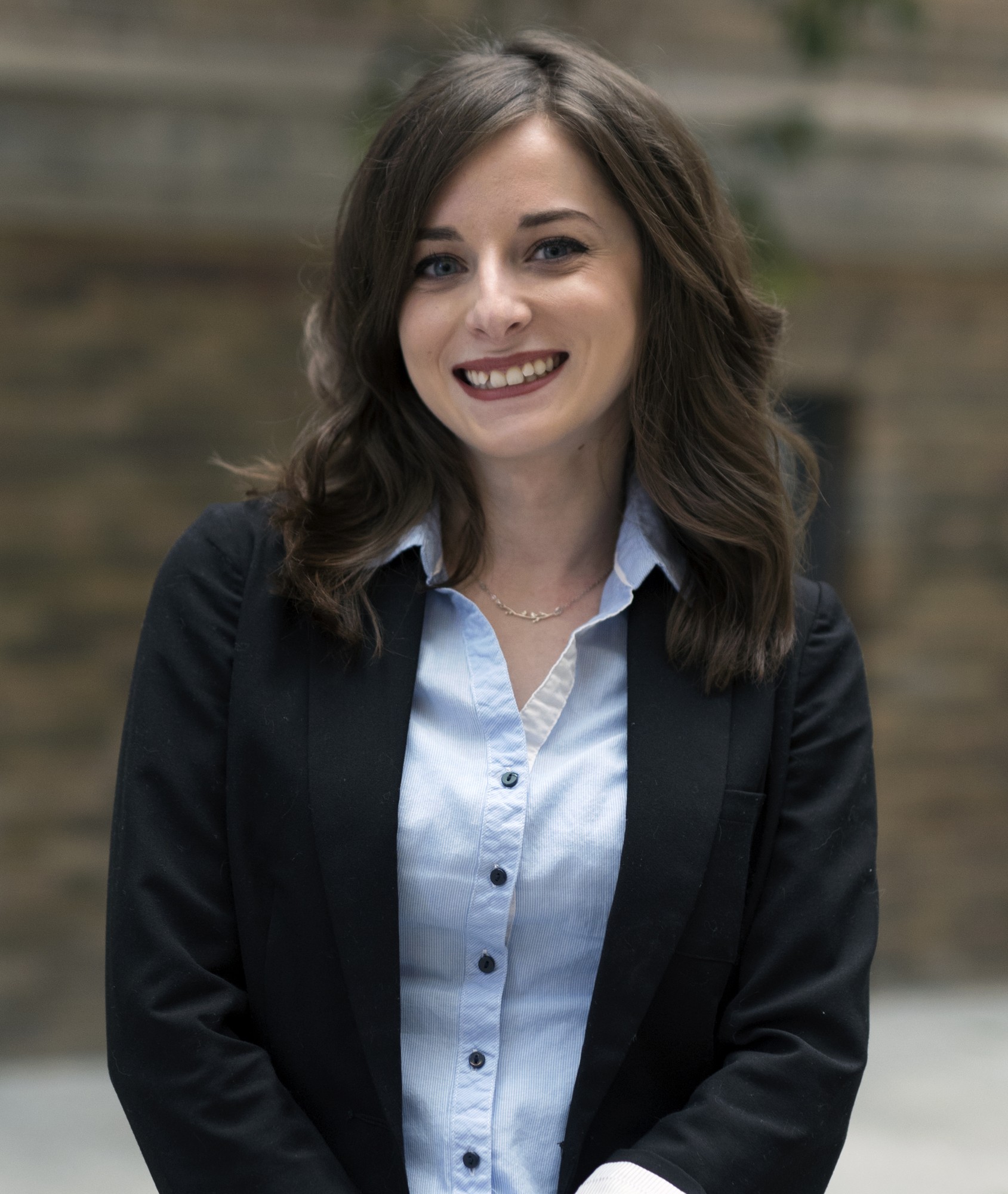 Caroline Marchand, a 2013 alumna, speaks out about resilience and mental health.
Photo by: Sayam Rez

At a January 29th webinar sponsored by Bell Let’s Talk and hosted by Health Services across all three Algonquin College campuses, AC alumna Caroline Marchand talks about her resilient battle against mental illness.

She spoke to the Algonquin College student body, the students of her former professors’ class and others who attended. In the midst of the global pandemic, when so many people are struggling with maintaining their mental health, Marchand’s story is inspirational.

“I was in the middle of my career, the height of my career, and then I had my car accident and it all stopped,” she says, opening up about her story. A graduate of the 2013 TV broadcasting program and current Associate Director of CBC News, Marchand suffered a brain injury due to a car accident in 2015.

She couldn’t recall all the details of the accident itself due to trauma but was able to explain what she had to go through after the accident, with the help of the journal she wrote in.

Marchand underwent two different brain surgeries at the same time. The first one was to relieve the swelling on the right side of her brain. The injury was so severe, doctors were unable to replace the skull that they had extracted.

The second surgery happened right after the first one and this time the doctors were successfully able to reduce the swelling and replace the skull.

When Marchand woke up, she didn’t realize something was wrong with her until she needed to use her phone, “You usually pick up your phone, and put your thumbs down and text, right? For me, I picked up my phone, put my thumbs over the keyboard and couldn’t type. I kept telling myself: ‘okay, put your thumbs down.’”

She stayed in the hospital for two months before being sent to rehabilitation and therapy.

During her time in therapy, she told the webinar, her therapist told her to rethink her career choices, but Marchand’s passion for her broadcasting job made her determined to find a way through.

Marchand wrote goals down in a journal, starting off with her biggest goal: “get back into broadcasting” and little things she could do to achieve that goal.

As she was taking baby steps back into her industry, she had another brain surgery, putting the skull back on the right side of her brain.

“The thing about your mental health is that you have to keep working at it,” Marchand advises. She recommended meditation and taking at least 10-minute breaks during work.

She kept pushing herself little by little, while also allowing herself to take breaks in between, in order to get to her goal.

One step, she took was emailing some of her connections and she managed to land a job helping out students in the control room. When she moved back to Toronto, she explained her situation and only worked on certain days, and pushed herself little by little to stay longer in the control room at work.

Her story touched the attendees, especially the students who were assigned to attend her webinar by her former teacher, David Grigg. “It helped them validate their own mental health, accepting that there’s nothing wrong with having an invisible injury/condition while also being a successful person in your field,” says Grigg.