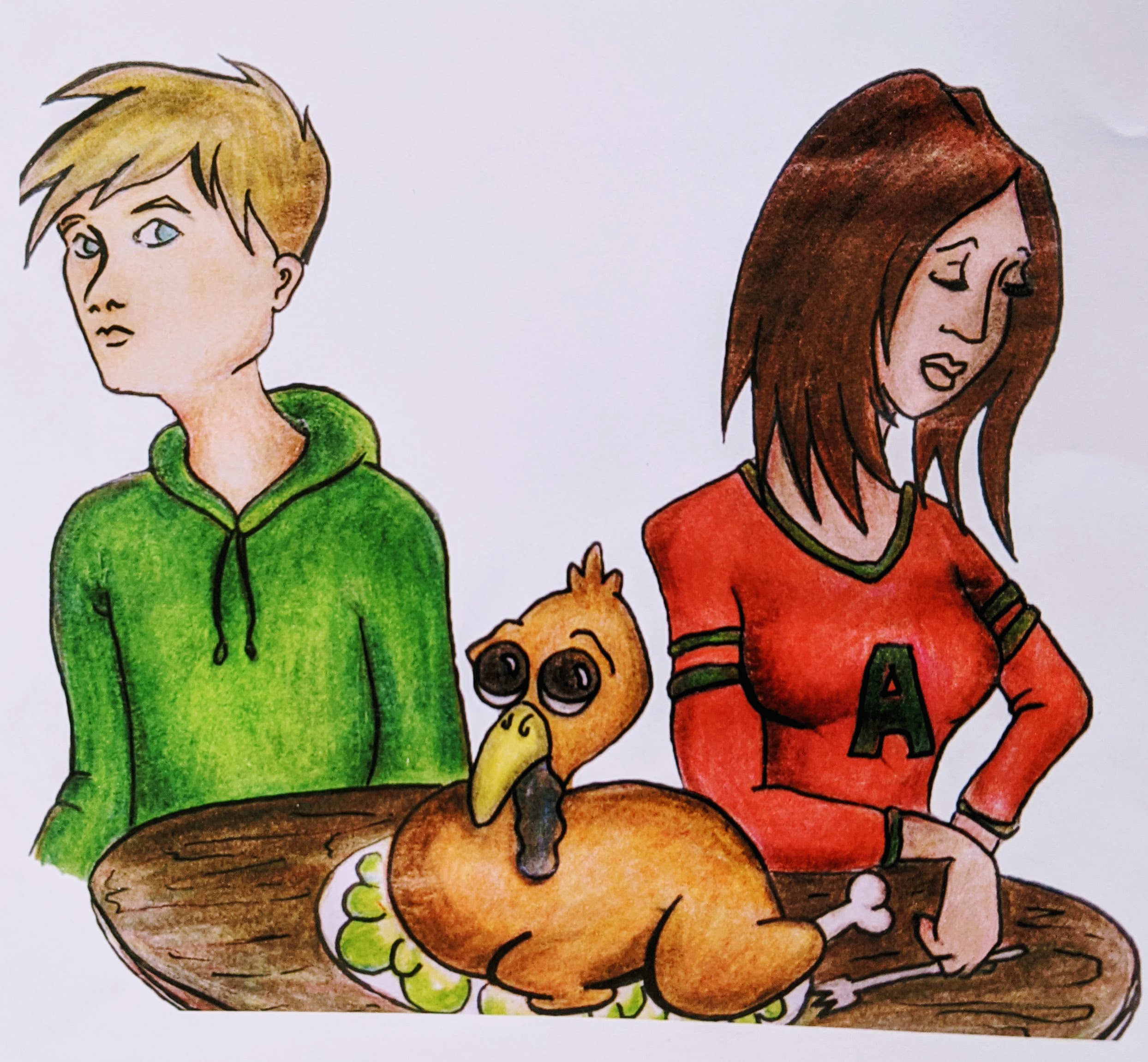 “I just need some time to figure things out.”

If someone has ever said any of the above phrases to you during Thanksgiving of first year of college, chances are you were getting turkey dumped.

It happens to many couples during the stressful, yet exciting time of first year of post-secondary. They go through high school with only eyes for each other, and then when thrust into separate lives things quickly dissolve and a new kind of freedom is discovered. Suddenly, making out in the back of his parent’s minivan doesn’t seem to cut it anymore. By October, one half of the relationship is facing the infamous turkey dump.

So why is it that so many high school relationships don’t make it past the first year or even the first semester? Josey Vogels, author of three nationally syndicated sex and relationships columns, says It’s simply the newfound freedom of being away from home.

“I only heard the term ‘turkey dump’ recently, but I actually did it myself,” says Vogels, who graduated from Concordia University. Vogels expresses that she had to break things off with her boyfriend over Thanksgiving of first year because he didn’t understand where she was at in her life.

“Students are out on their own for the first time, they get a new sense of freedom, and their old life becomes pale in comparison.” Vogel suggests that students go into first year with a more realistic attitude about the relationship. While she doesn’t want to advocate dumping, she feels that first-years should be prepared for the new world they are about to enter.

“A lot of problems wouldn’t even have happened if we were both going in the same direction,” says Cortney Proctor, a second-year mass communications student at Carleton University, regarding her two-year relationship that ended in first year. Proctor’s boyfriends at the time was in a popular local band in Cobourg Ont., where they are both from, and he planned to stay there while Proctor packed up for Ottawa. “I knew it wasn’t going to work as soon as I told him I got accepted to Carleton and his response was just, ‘cool.'”

Some students think it was simply the distance that did them in. “When we saw each other at Thanksgiving it was obvious things had changed. It was the longest we’d gone without seeing each other,” says Jennifer Hardy, a second-year hotel and restaurant management student at Algonquin College, about her breakup in first year with her long-term high school boyfriend.

Is there a light at the end of the tunnel, or does life end along with the relationship? According to second-year University of Ottawa student Marcel Lafontaine, the breakup is just the beginning. “University is kind of the first step of real freedom after high school, and having a relationship first-year has big potential for stress,” says Lafontaine. “You’re meeting so many new people in university and you don’t want to be tied down.”

Feeling tied down is a problem for students who feel their relationship is somewhat of a burden. Other students may try to salvage the relationship. “We both tried pretty hard to stay together. At the time I thought that anything, any problem between us could be fixed,” says Hardy. “But I’m in a new relationship, I’m happy, and anything could have happened eventually.”