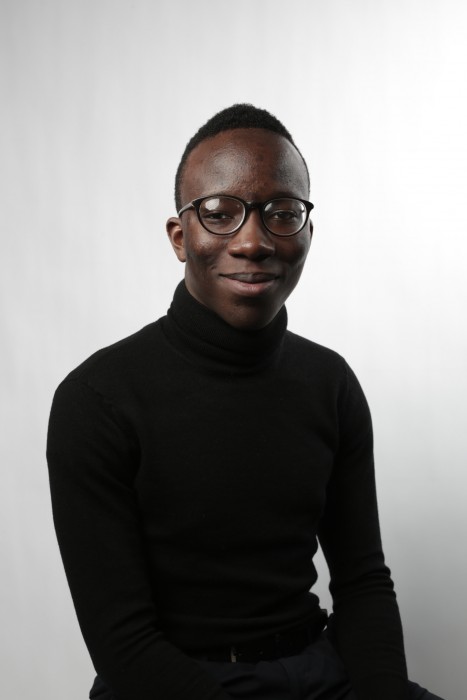 Abdou Sarr, 22, is the co-founder of MODU Research with his friend and business partner, Mo Alissa. The pair created the Film3D app that allows users to easily take stereoscopic photos and share them to social media.
Photo by: Courtesy orf Abdou Sarr

Imagine making two #1 chart-topping apps, getting a shout-out from Snoop Dogg, and starting your own company all before your 21st birthday. While most of us can only dream of living a life like this, Abdou Sarr has made it his reality.

Sarr is the co-founder of MODU Research, which he created in April 2017 with his business partner and friend, Mo Alissa. The pair are responsible for the app Film3D, which makes taking stereoscopic 3D photos – previously only done with a specialized camera – easy. The app now has over a million users, which includes Kim Kardashian and Kanye West’s past photographer Marcus Hyde.

Seeing the app gain such immense popularity, Sarr and Alissa, both 22, just celebrated a soft launch of version two of Film3D, which is set to be released at the beginning of March. The pair have redone how capture works and added new features they are excited to reveal.

Having attended the same middle and high school, Sarr and Alissa have known each other for quite some time, though did not talk much in the beginning. At Sir Robert Borden High School, Sarr gained notoriety when he released his first app Celestial, a relaxation sound app he coded on his own, and later released a schedule-planning app that also made it to the top of best-selling charts.

Meanwhile, Alissa was advancing in his photography skills, and boasts an impressive track record; Jaden Smith, Converse USA and The Weeknd are just a few of the clients he’s captured though his lens.

Sarr later went on to study at Carleton University, as did Alissa, where they grew closer. He also became an intern at Shopify and Canopy Growth and even held a public candlelight vigil for the fallen internet-famous gorilla, Harambe.

And then one day, he witnessed the unique camera shot that would lead him and Alissa on the path to create MODU Research.

“I was at my friends house and I saw this Fido commercial. There was this shot with all these teens hanging out and, in the middle, there were some shots with a really cool effect,” Sarr says. “I actually reached out to the Fido marketing team to see what it was called and they couldn’t give me an answer.”

Through more digging, a breakthrough: a post from Kendall Jenner with the same camera effect! He was so close to uncovering the mystery of the moving 3D photo, but was met with an unfortunate discovery.

“I noticed that everyone in the comments was asking what the effect was called,” he says. He still did not have his answer.

He went to meet up with Alissa at Starbucks on at Carleton to discuss photography and app ideas. Incidentally, Alissa had forgotten his DSLR camera and the pair experimented with the camera technique on their mobile phones.

“I wanted this effect, but I didn’t want to buy the only camera that could so it, which is from the 80s,” says Sarr. So the pair created Film3D to remedy the void in the market, catered toward “the 18-24 demographic, especially people who love social media and want to gain a greater edge on their feed.”

Currently, MODU Research’s main focus is on the expansion of the Film3D app, and are looking for 100 beta testers for version 2. They are continuing to promote their brand by making promotional videos and keeping their social media up to date – reposting posts made with their product to their 16.2k Instagram followers.

The app is free to download and use, but filters and other features are available for purchase from between $1.99 to $17.99. Of the more than one million users it has, one third of them are paying customers, which keeps the company profitable and manageable for the duo.

A startup like this must take a village to run, right? Wrong.

“People get taken aback by this but right now the company is just Mo and I,” Sarr says. “We wear all kinds of hats around the business from development, to product design, to marketing and even video editing.”

Their biggest challenge getting to this point was others telling them it wasn’t possible, that they couldn’t get off the ground. But Sarr and Alissa kept their heads up and worked until their efforts paid off, and can bask in the light of their hard-earned success.

“We truly believe in harnessing the true power of immersive imaging, and leading a revolution where people get more out of their photos,” says Sarr. “Our goal is to keep pursuing this mission and make a significant change in the world of photos.

“We really try to engage with the creative community by involving them at every step of the way.”