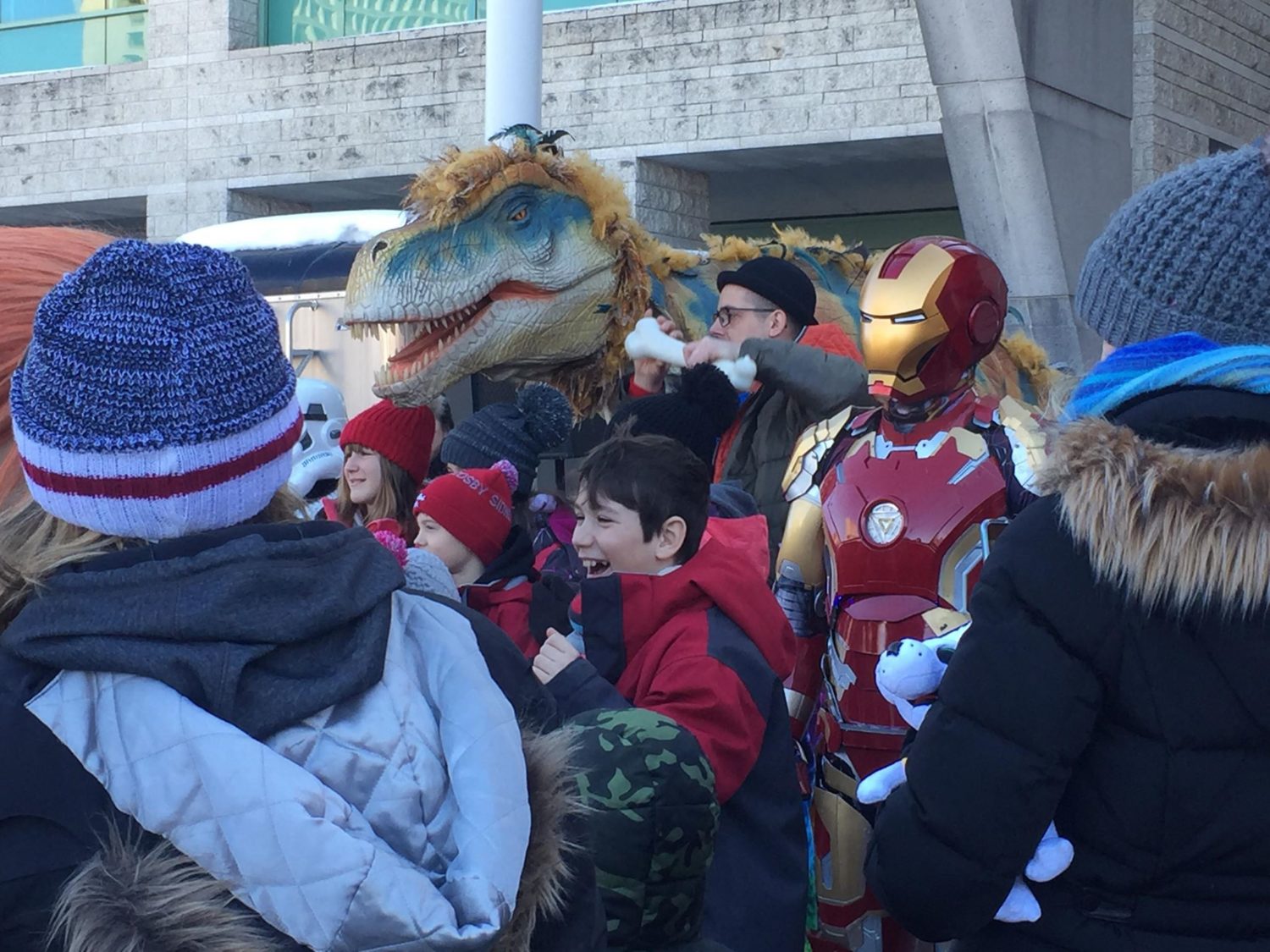 Families pose with a dinosaur and Iron Man at city hall's Family Day festivities. The costumed characters were two of many that appeared to socialize with the masses on Winterlude's last day.
Photo by: Emily Hsueh

It was a crisp, sunny winter Monday as droves of families joined mascots, the Avengers, dinosaurs and a giant Jim Watson in downtown Ottawa to celebrate Family Day.

The area outside of city hall was filled with music as children and adults alike skated circles on the Rink of Dreams. They watched as an Indigenous dancer put on a show, met costumed characters and generally enjoyed the last day of Winterlude, Ottawa’s famous winter festival. Students also took the time to enjoy the festival as it falls on Carleton and uOttawa’s reading weeks.

Mayor Jim was also in attendance, as he puts on the annual Family Day celebrations at the heart of the city. 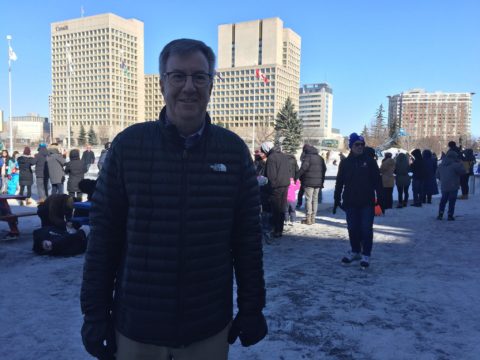 “I happen to be part of the provincial parliament that passed the Family Day law, so it’s a great opportunity for families that have it off to spend time together and come down and skate here at the canal and have a Beavertail,” said Watson.

“It’s a good event for tourists that come out here and want to enjoy our hospitality.” 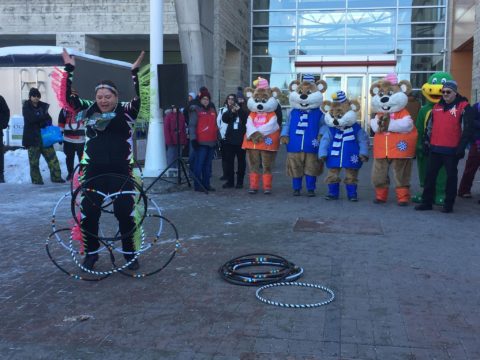 Sandra McNamara is one such tourist, though not from far. She, her daughter and two grandchildren, aged 4 and 5, came out to the festivities from Kemptville.

“It’s kind of a family tradition,” McNamara said. Of her grandchildren: “They’ve come every year but they probably don’t remember it yet.”

Alongside families like the McNamaras, a different sight was circling the Rink of Dreams. Velvet Leclair donned a huge mask in the likeness of Jim Watson and wore a mini train costume that with “#FixTheLRT” on the back. Leclair said she wanted to make a statement to the mayor in a place where people would see it. 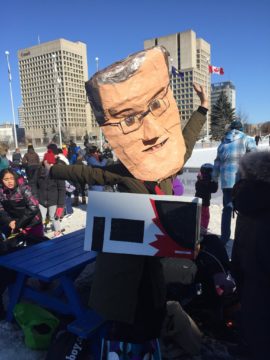 Velvet Leclair spent two months making “Giant Jim” and the LRT. She wore the outfit to City Hall to get Mayor Jim Watson’s attention and to “make a statement.” Photo credit: Emily Hsueh

“I’m just doing art, making a statement. I probably would have come anyway since it’s the last day,” she said. She added that the costume took about two months to make, and she has done several giant masks in the past. Later in the day, Giant Jim was kicked out of City Hall for protesting.

Another protest was present at the event as well, as protestors demonstrating against the GasLink pipeline marched from Confederation Park, to city hall, through the ByWard Market and eventually to Parliament Hill.

Despite the protests, families were still able to enjoy Family Day events without a hitch, shaking hands with the Avengers and giving hugs to Winterlude’s Ice Hogs.

“I’ve met a lot of people from Ottawa but also outside of Ottawa,” said Mayor Watson. “It turned out to be a beautiful day.”