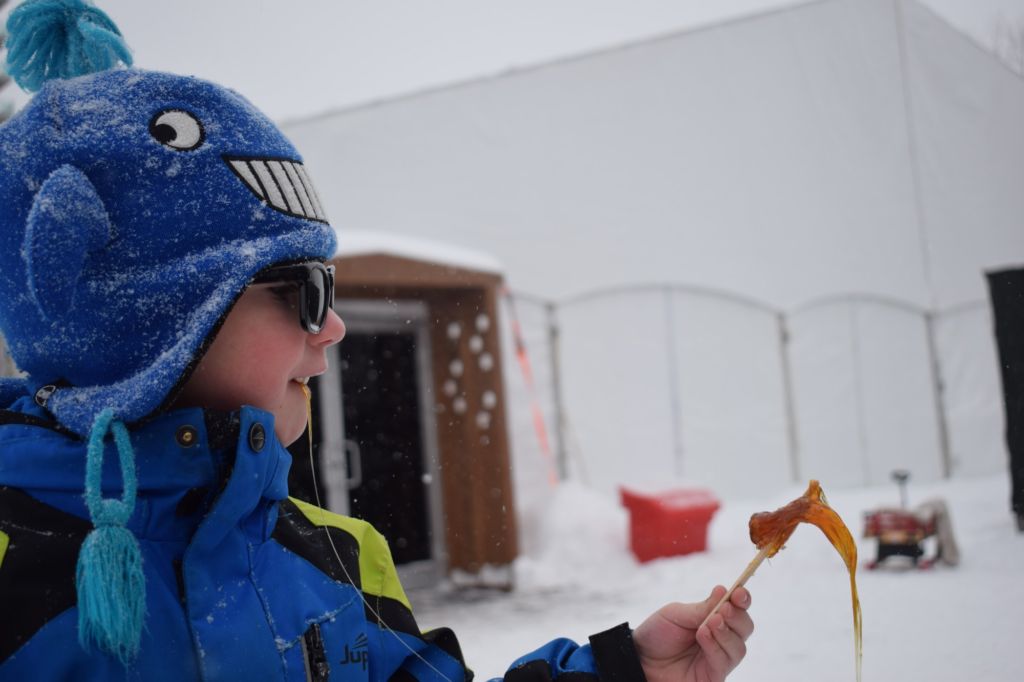 Winterlude has reached the nation’s capital once again. The annual winter celebration of winter’s descent has events spread across the city. This year an added effort has been made to include Indigenous culture and the LGBTQ+ community into the festival

For Peter Luskey, 4, the main focus was getting his maple taffy. Once his taffy mission was complete, he had a well-thought out second request. Luskey was there with his parents, Eric Luskey, an advanced care paramedic grad from Algonquin, and Caitlin Kidd, a Carleton master’s graduate in political science, who both understood that food was a main attraction of the event. The events of Winterlude are perfect for any age.

“Can I get a Beavertail?” asks the smallest Luskey. Priorities.

After eating his tail and shooting down the slides a couple of times on a tube, Luskey finished exploring the park with his parents. The trip to Snowflake Kingdom was a great success.

A large portion of the festival is completely free, which is a bonus for students. The Snowflake Kingdom at Jacques-Cartier Park has free admission and is home to the classic super slides. There are three slides that people of all ages can fly down on a tube. As well as massive snow sculptures and a zipline where you can harness up and soar across the park. It’s $10 a ride for the zipline but just $20 for unlimited trips for the day.

Also featured at the park is the Indigenous Snow Snake event. It’s a traditional First Nations winter game where participants use a decorated wooden snake and hurl it down the frozen track. The snake that travels the furthest wins.

This year is the 32nd annual Crystal Garden International Ice-Carving Competition. Even though the actual carving portion and awards were given out over the opening weekend, the beautiful sculptures will remain for the duration of the festival as long as the weather permits. Usually the more intricate sculptures don’t last the entire festival. So don’t waste any time – if ice sculptures are your thing then get out there today.

For many the Rideau Canal is the staple of the festival. It’s Ottawa’s winter icon and it opens before the festival and will last as long as winter allows it to. The canal is the largest skating rink in the world, running from Carleton University, past the University of Ottawa and up to the Rideau Canal locks. Along the winding Canal, there are a number of chalets and benches to change into your skates and store your bags. You can also warm up by the numerous outdoor fireplaces, with Beavertail huts close-by.

The events are spread across both Ottawa and Gatineau, so Winterlude decided to partner up with OC Transpo and STO (Society de Transport d’Outaouais) to offer free shuttle rides in between venues.