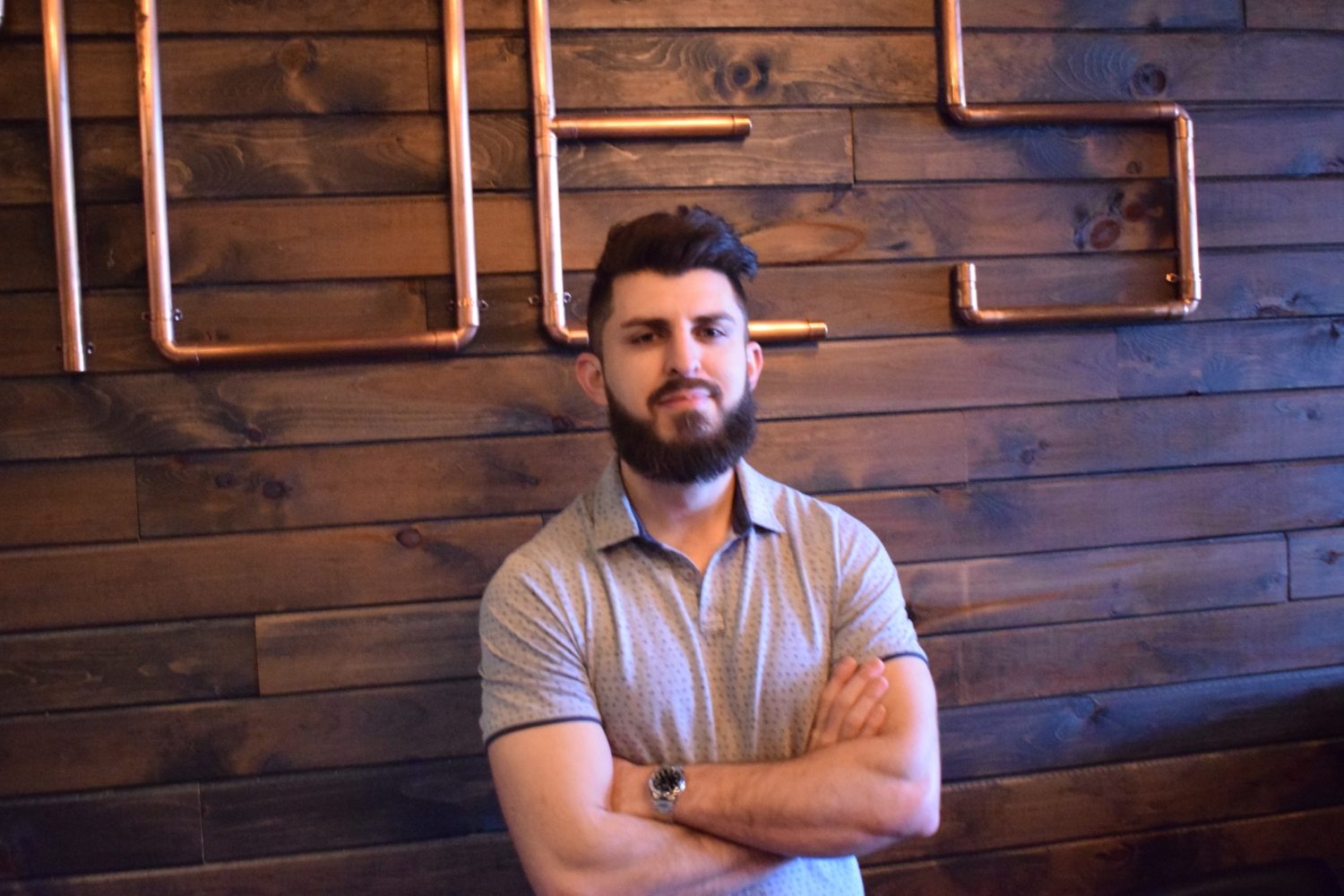 Mobeen Butt, standing inside inside of Moe's BBQ. Moe's BBQ is the only restaurant in Ottawa that serves halal smoked meat
Photo by:

Mobeen Hussain Butt’s dreams are going up in smoke in a good way. Butt is the owner of Moe’s BBQ, a restaurant that provides southern-style smoked barbecue to Ottawans, with one twist. It’s halal.

In fact, it’s the only restaurant that offers halal smoked meats in the entire city.

A former student of Algonquin College’s business administration and auto mechanic programs, Butt opened the restaurant to combine his desire to provide a unique halal option to interested consumers in Ottawa and his passion for cooking.

“I like cooking so I might as well do what I like doing and serve a product that people[seeking halal] usually can’t eat,” said Butt, admitting that he faced skepticism from others before opening.

“Whenever there is something new, people say it’s not going to work,” says Butt, but he didn’t linger on the negativity. “I know that taste speaks for itself.”

With that in mind, Moe’s BBQ opened its doors at 2446 Bank St. in January of 2018. Butt has invested his time, sweat and labour to get his business to where it is today.

“My son was born like 2 months before we opened the restaurant, and when I would come home he was sleeping. It was very stressful,” he said.

“The beginning was tough.”

His efforts have paid off earning his restaurant an award for being one of the top three barbecue restaurants in Ottawa from Three Best Rated in 2019, praise from social media influencers as well as a feature in Edible Ottawa magazine.

Butt’s clientele have expanded beyond the halal consumer market that he initially sought to tap into.

Butt attributes this success to quality food and fresh ingredients.

“Everything you eat off the menu is fresh, nothing is frozen,” says Butt adding that careful consideration is given to every item on the menu.

“Nothing is there just to have options on the menu, everything is specials,” he said. He likes to incorporate a cultural fusion in some of his recipes.

“[Smoking meats] is not really done with middle eastern spices, so I was interested in seeing how they turned out with the southern American smoking techniques,” said Butt.

For others interested in pursuing their entrepreneurial dreams, Butt has this advice: “If you are really passionate about it, and you do it with that passion and keep that passion up you should be able to make it,” he says adding that his passion for cooking is always in his mind in some capacity or another.

“When I went home, when I was in bed, when I was waking up I was thinking about how am I going to smoke the meat,” he says.

Butt says those who are interested in a certain field, or line of business should familiarize themselves with all aspects of running a business.

“I was fortunate enough that my wife is good with paperwork and all that stuff. If you don’t have that I would recommend spending some time learning about that because it can add a lot of stress.”

And his final piece of advice to aspiring businessmen and women, be persistent.

“You keep going, you can’t back out.”