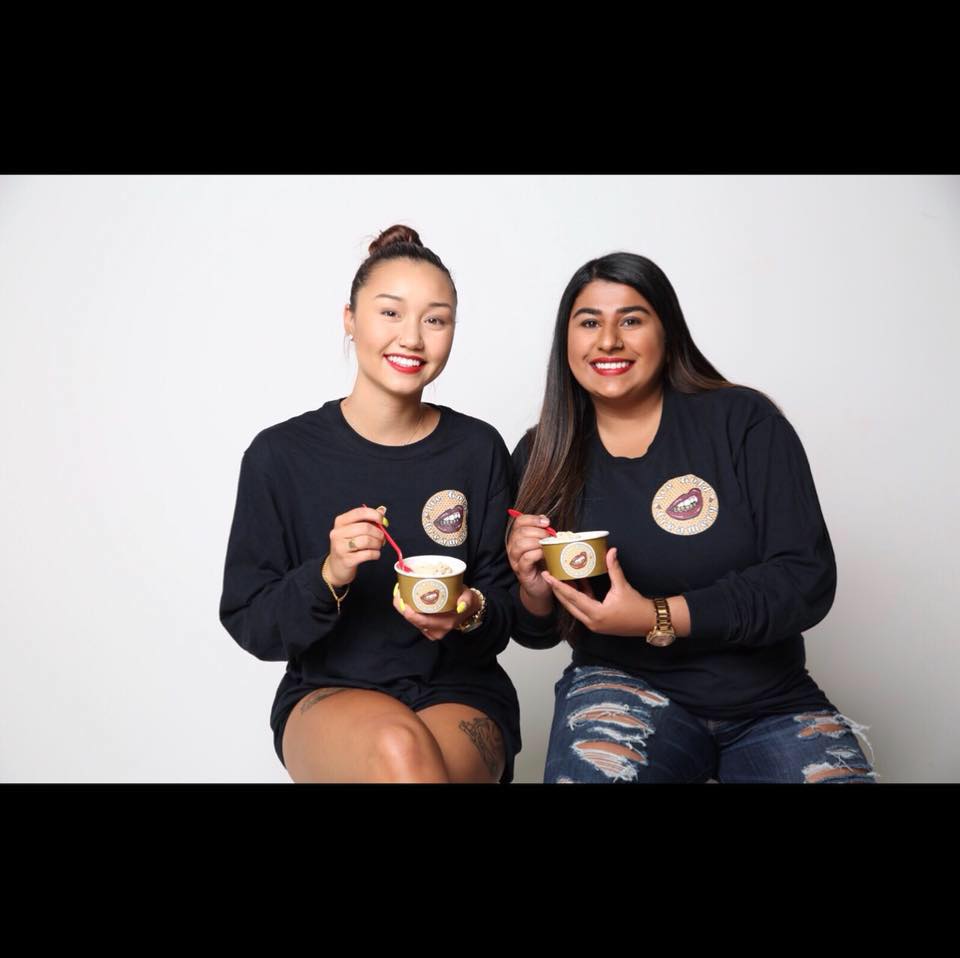 Kiana Gloss (left) with her business partner and best friend, Alysha Sharma (right). They are the owners of Ice Gold Creamery.
Photo by: Courtesy of Kiana Gloss

When Ice Gold Creamery first started, it was never a business thought Gloss had in mind. It came from a craving one day while she sat at her co-op in a government office and decided on the whim she wanted homemade ice cream. After reading up on it a bit, she called her best friend Alysha Sharma and said, “Let’s start an ice cream company.”

In 2017, Gloss was an e-commerce supply chain management student at Algonquin College while working multiple jobs: serving at Summerhays, VIP bottle service at PPL nightclub (which has now been re-named to H&S) and doing a co-op with the government. Now she can add ice cream business owner to her resume.

“First we had the logo and then we were like, ‘We need to figure out how to make this’. That was a whole other process,” said Gloss. “We had zero idea on how to make ice cream.”

The name Ice Gold is a pun off of the phrase “ice cold”. From the beginning of the process, it was just Gloss and Sharma and to make things easier on them, they opened a bank account together for buying the supplies.

As neither of them had ever done this type of business before, there was a lot of trial and error when they created their recipe and as it stands, they do not have a shop of their own and run everything out of Sharma’s family’s restaurant on Carling Avenue.

“So, at night when the place closed, we would make [the ice cream] and then we would use their freezer to store it in there,” says Gloss. “Like, I bought a deep freezer, well we both did, and it really did not hold anything.”

Currently there are 13 flavours ranging from the classics of vanilla bean, chocolate and strawberry to matcha green tea, caramel praline Skors and Frootloop. A single scoop is four dollars and a pint is 12. She can also make them with alcohol for an extra two and four dollars respectively. 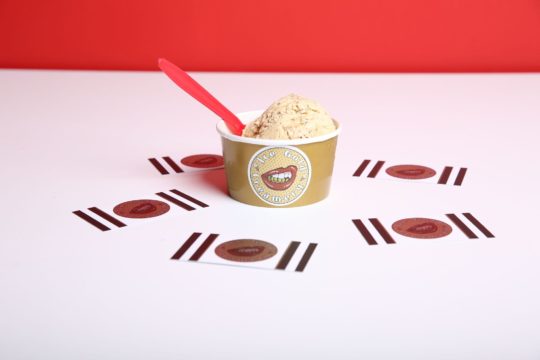 One of their one scoop individual ice cream flavour. They are now starting move away from the individual scoops and move into commercial sale. Photo credit: Courtesy of Kiana Gloss

Although the business did start out to cater to individuals who wanted to order ice cream, Gloss says that she’s cut back from personal orders because it takes too much time to fulfill one person’s order and deliver it.

“We’re more looking towards restaurants,” she says. “We were doing Milanos [on Dalhousie] for a bit and they put it on Uber Eats and they would buy 200 of our single scoops at a time. Maybe in the summer we’re gonna do like, one flavour, 50 [orders] at a time every week or something.”

Something that had been a complication for Gloss throughout the start-up of her business was scheduling. One of the hardest things was co-ordinating a time to match up with Sharma’s schedule so that they could make the products.

“It’s like we agree to a day and then something comes up, like obviously plans fluctuate and all that and we understand but we were like priorities – we have to get this done,” Gloss says.

And for Gloss her personal goals aren’t just about the business, it’s not a long-term vision, but she would like to have something of her own.

“For the ice cream, I think it’s kind of like your first business that you open, you learn your lessons and stuff, like making ice cream is not something I wanna do for the rest of my life,” she says.

Aside from the business, she is finishing up her bachelors and is working at the nightclub, the creamery, front-desk for faculty at Algonquin College and has picked up doing lash extensions – which has become her main source of income.

As for young entrepreneurs who want to give it a shot, Gloss’s advice is to just go for it.

“Don’t be scared. I feel like people’s initial fear is investing in something that’s not going to work so if you invest in something you have to believe in yourself, as lame as that sounds,” she adds with a laugh.