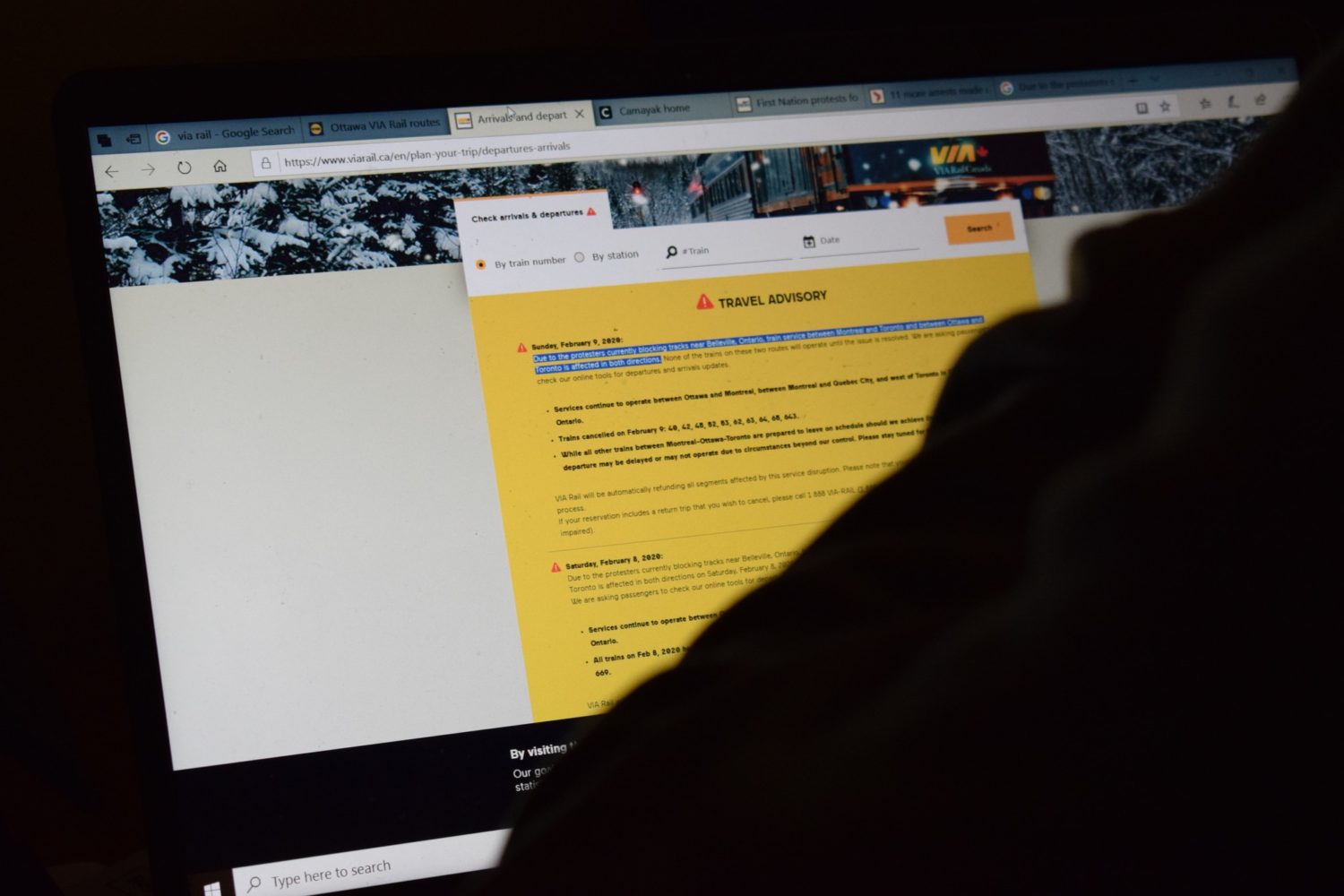 Those trying to book Via Rail tickets over the weekend were met by a yellow Travel Advisory screen. Via Rail has not yet stated when service will resume to normal
Photo by: Qadeer Popal

Via Rail has suspended some service between Ottawa, Toronto, and Montreal this weekend due to ongoing protests on railroad tracks. The protest are being held by those opposing the controversial Coastal Gaslink pipeline and showing solidarity with the Wet’suwet’en First Nation in B.C.

The pipeline was agreed to by other First Nation councils, but not the Wet’suwet’en.

Via Rail has not given a date for the resumption of normal service, only issuing the following statement via their website:

“Due to the protesters currently blocking tracks near Belleville, Ontario, train service between Montreal and Toronto and between Ottawa and Toronto is affected in both directions. None of the trains on these two routes will operate until the issue is resolved.”

A court ordered injunction has been issued to “stop the interference of railroad lines,” However, as of now service has still not been fully restored.

Via Rail has offered refunds for commuters who purchased tickets for the effected days, however some commuters were not aware their trips were cancelled until last minute.

“I was supposed to leave Oshawa today (Saturday) at 12:08,” said Darlene Ferguson, from Cornwall.

Ferguson says she purchased her ticket weeks ago and did not find out her train was cancelled until she arrived at the station, in Oshawa.

“The guy [employee] said ‘You should have received a notification,’ but I didn’t receive anything.”

Ferguson, like others had to make alternate travel arrangements this weekend.

“My friend dropped me off at a Starbucks in Kingston, my daughter is coming from Cornwall to take me home.”