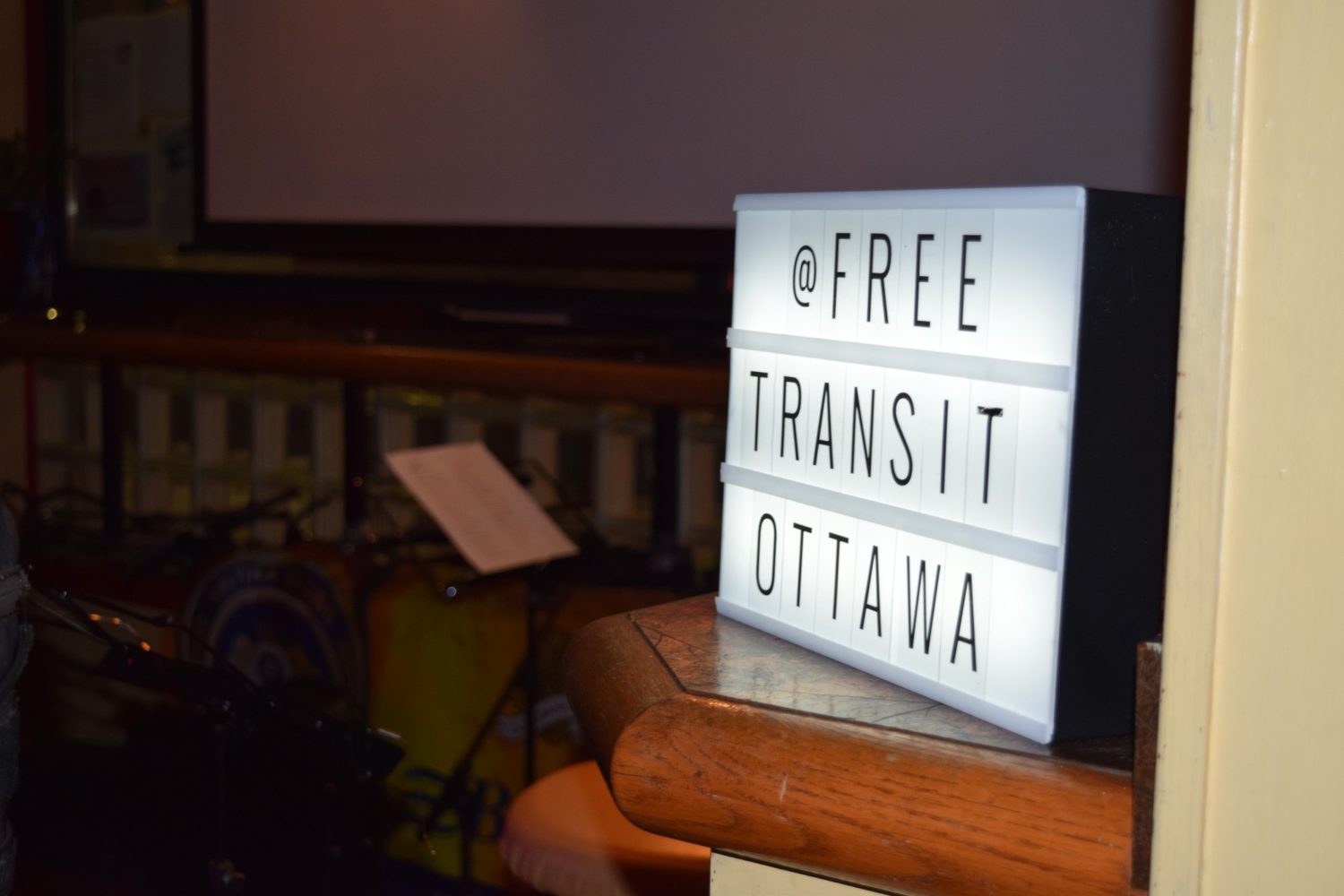 A social justice group looking to bring change to Ottawa’s city transit system kicked off their newest campaign on Wednesday night, outlining a three-pillared platform in front of approximately 100 guests at Avant-Garde Bar.

The group, Free Transit Ottawa, is totally volunteer-based. They used their platform at the Russian-Soviet-era bar to host speakers and artists who are all in favour of an improved OC Transpo, including Capital Ward City Councillor Shawn Menard. Menard used his time in front of the crowd to encourage action while pointing out other free transit models that work across Canada.

The first two pillars are interconnected, as they view both cheaper and more accessible transit as basic necessities for an effective transit system.

Free Transit Ottawa’s third pillar is democracy, and Charette says the “don’t rock the boat” mentality at city hall over who goes on the transit committee takes away from citizen involvement.

While the transit commission selection process is closed to the public, the mayor is only part of the city council process that appoints citizen representatives.

People of all ages attended the lively event, though Charette says students looking to get involved should reach out to the group and look into what they’re advocating for. What they’re looking for right now is more volunteers, although if that isn’t for you Charette says signing their online petition helps a lot.

Charette herself was at Carleton University finishing up her undergraduate degree in geomatics with a minor in urban studies when she started volunteering with Free Transit Ottawa over two years ago.

Now with Ottawa’s new $2.1 billion LRT experiencing routine hiccups since its opening, Charette says the situation allows Free Transit Ottawa to shine a light on a transit system that was already broken.

“[The situation] sort of works to our advantage, the issues that they’re experiencing with that, because it just amplifies the voice,” she says. “People are angry about LRT not working, and we’re angry about the whole system not working.”

“The climate there [in France, where contracted company Alstom is located] and up north in Canada is different, so you ask yourself why government is choosing to contract the companies who have no experience with building subways up north.”

As for the campaign, Charette encouraged anyone who wants to help to check out Free Transit Ottawa’s website, as her and other volunteers will be canvassing bus stops and neighbourhoods in the coming weeks to increase their exposure.