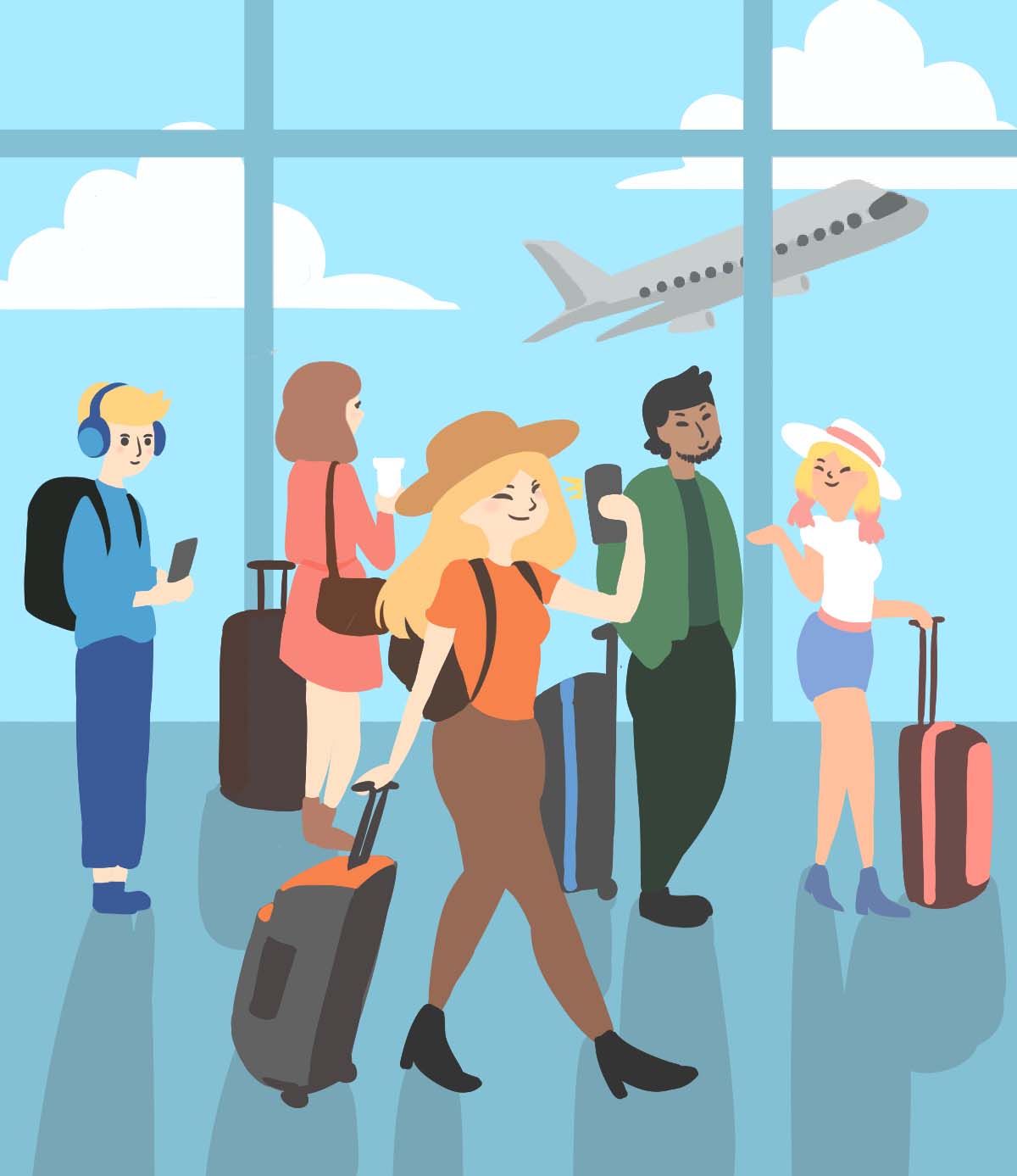 Scrolling through Instagram, you can’t help but notice all the picturesque photos that keep appearing on your feed. It looks like everyone is visiting a new city or country these days.

Travelling for millennials is the new thing on social media. People have been travelling for a long time, but with the emergence of social media, the idea or urge to go is right on your phone’s screen.

A recent poll by Business Insider found that one out of three millennials is willing to spend $5,000 or more on a vacation.

This urge to travel has led some people to create a job out of it; Jessica Ufuoma is one of the people that has made it a career. She is a full-time communications analyst and also a travel blogger at theufuoma.com. Ufuoma started travelling as a child, although she fell in love with it when she did a school exchange program in the Netherlands and Peru.

“During my time in Peru, I started to travel through South America,” says Ufuoma. “The moment it hit me was when I went to Macchu Picchu.”

According to a CNN article, 66 per cent of millennials have nothing saved for retirement. What people don’t realize is that millennials who put travelling as a top priority over saving for retirement work hard to achieve their travel dreams.

One of the reasons millennials can travel more is because they can boost their income. That’s what allows 25-year-old University of Ottawa student Maureen Michael to spend about $6,000 per year on travel. She said that to fund her trips, she juggles multiple side hustles: makeup artist, hairstylist and babysitter.

“Travel is a priority for me, and I’ll do what it takes to achieve my goal,” says Michael.

A certain percentage of her monthly allowance from her parents also goes towards her travel funds.

While culture and unique experiences fuel millennials’ desire to travel, food is also a significant factor in why they choose their destinations.

According to the American Culinary Traveler, the percentage of U.S. leisure travellers who travel to learn about unique dining experiences grew from 40 per cent to 51 per cent between 2006 and 2013.

David Abba, a 21-year-old psychology student at Carleton University, says the reason he enjoys travelling is because it allows him to explore different cuisines around the world.

“I travel for a different reason,” says Abba. “I’m passionate about food and I won’t pass up the opportunity to try food from a local source.”

He got into food tourism when he visited Italy in 2012 with his family. He describes that trip as his first opportunity to experience real Italian food.

Social media influencers are one of the biggest groups of people who influence millennials’ travel plans and decisions.

One country that has benefited from the use of social media influencers is New Zealand.

Wanaka, a small town in the country, sought out social media influencers to visit and share the city on Instagram in 2015. This action led to a 14 per cent increase in tourism.

Ufuoma has influenced many of her followers to travel over the years, which has resulted in her curating trips for her followers for a fee.

Another factor that influences why millennials travel is how great the pictures they take at these destinations will turn out on their Instagram pages.

A survey carried out on millennials in the United Kingdom by Schofields showed that 40 per cent of the participants cared about how their vacation pictures looked on social media.

“I’ll have to admit, I have been to destinations because they look good on Instagram,” says Michael.