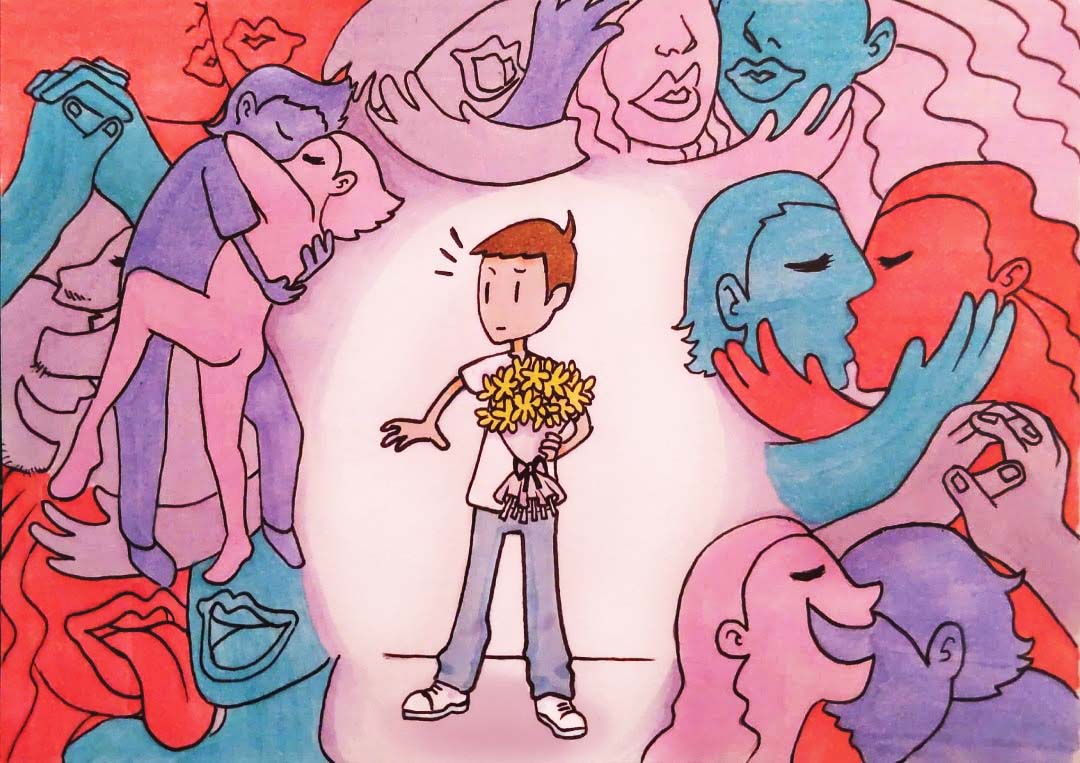 Swipe left, swipe right, hook up and lock down. That’s how many relationships today are formed today. With the new era of social media and the internet, it’s easier now more than ever for students to hookup.

Hookup culture is based on the exchange of any sexual relations without the ties of long-term commitments. The recent wave of mobile dating apps, such as Tinder, has contributed to how hookup culture is becoming the norm due to convenience.

Many students love sex, but how exactly do those who don’t want to engage in the hookup culture find relationships?

Zach Moreau, a student at Algonquin College, says he doesn’t judge anyone for partaking in it, but says there are better ways of spending time with someone.

“I would rather have a connection, even if it’s just friendship with someone, if I’m sleeping with them, rather than someone I’ll likely never speak to again,” says Moreau. “I also think people use apps like Tinder for hookups because they’re bored and in need of something to do, or just in need of any connection really, instead of actually wanting to specifically have sex with someone.”

Like others, Moreau would rather find a genuine connection with someone, get to know them first, and then court them, as opposed to hooking up before the relationship. Moreau finds his relationships from people he already knows or mutual friends.

In order to form a relationship nowadays, it starts at third base and works its way to first. This is a procedure some people don’t agree with and would rather go about relationships the old fashion way.

While it may be true there are twice as many young millennials refraining from sex compared to the previous generation, it doesn’t ignore the fact that 44 per cent of people formed their relationship after having casual sex.

This is mainly thanks to Tinder, hookup culture’s number one best friend and the most popular dating app in Canada, according to BBC. It is mostly because the interface is easy to use but it also makes having sex accessible without commitments — or socializing for that matter.

Students like Larissa, 19, don’t like the hookup culture because it takes away the authenticity of dating and makes them feel empty.

“I don’t do hookups because I’m someone who has a lot emotions and I would always expect more from it. I would leave feeling used and lonelier than before,” she says.

The University of Ottawa student (who asked to use her first name only) says that even though she was on dating apps in high school, she isn’t on any now.

For those who don’t like hookups and temporary flings, a Leger Marketing survey shows that finding love the old-school way isn’t dead as the “dating apocalypse” has only swept 36 per cent of students nationally.

Although the online era has made hookups accessible, old-fashioned face-to-face dating is still alive and thriving for those who don’t participate in the culture.