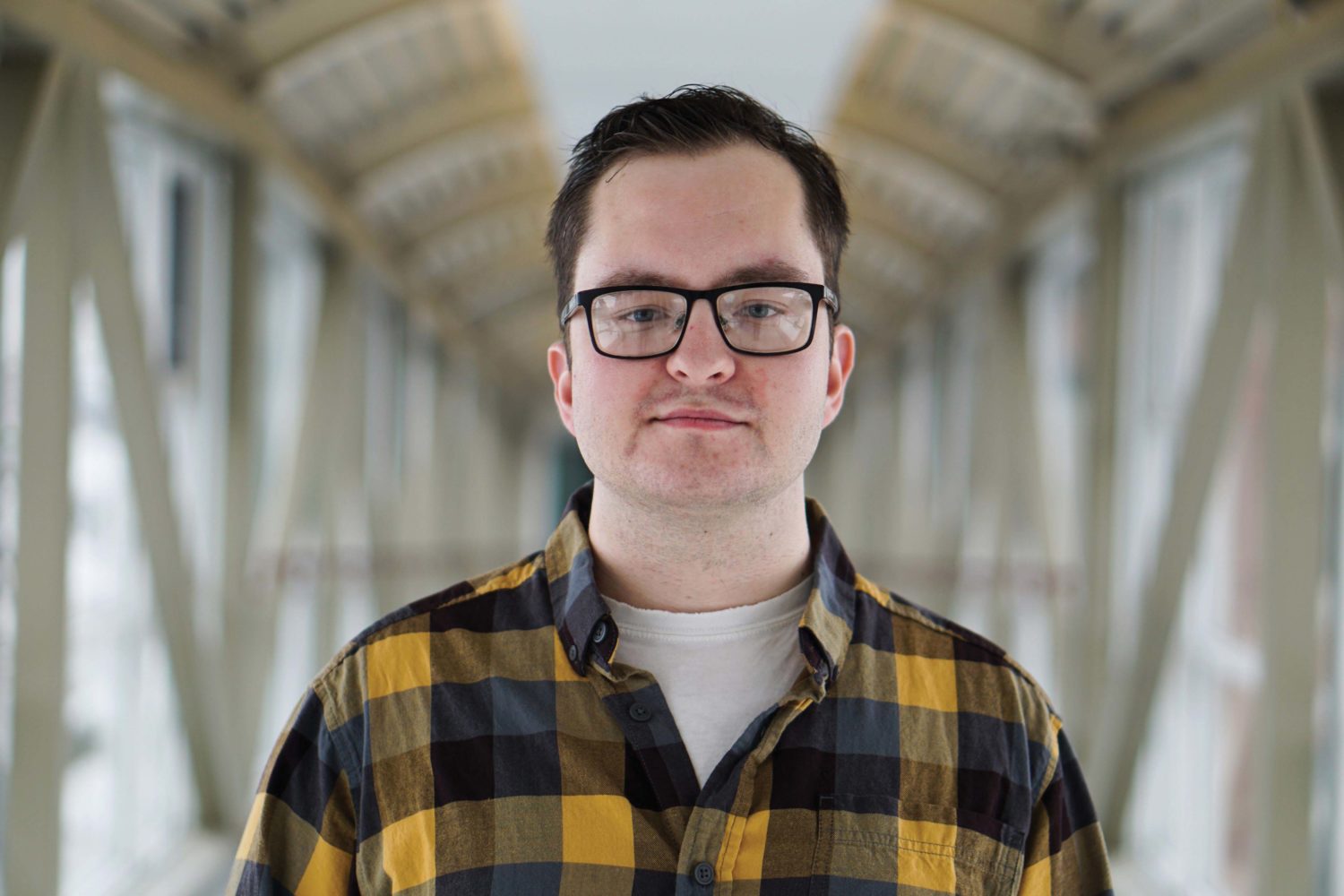 I was 19, fresh into my first year at the University of Ottawa, when I had my first taste of alcohol. A friend from high school, who also attended the same university as me, was a heavy drinker. Unfortunately for me, he was also one of the only people I knew when I first came to Ottawa from my hometown of Renfrew. Nearly everyone we associated ourselves with were drinking heavily, and I could not help but join them when I finally came of age.

One drink turned into 10, and the hangover the next day was almost unbearable. Still, I enjoyed the feeling I got whenever I consumed alcohol and I just wanted to fit in with my friends.

The outings became more and more frequent. While more disciplined students were studying for midterms, I was at the bar taking shot after shot, trying to relax and ease the tension school had brought me.

Eventually, my grades started to suffer, but that didn’t stop me. I was also running out of money, but drinking helped with that too: it would help me forget. My depression and anxiety went through the roof, but I still turned to alcohol to ease the pain. Blackouts became more common. My throat throbbed from all of the vomiting.

That was then. Now after two years and many hardships, I finally feel ready to share my story. There has been a question that has lingered in the back of my mind for the past couple years: why do so many students like me feel the need to consume alcohol in extreme amounts, despite the possible consequences?

I am one of approximately 5.8 million Canadians aged 12 and over who reported alcohol abuse and classified themselves as heavy drinkers, according to a 2016 study by Statistics Canada.

The Ottawa Public Health department estimates that in 2013-14, about 304,000 adults aged 19 and over were considered to be at moderate to high risk of alcohol-related harm. In the same period, 22 per cent of adults had exceeded the weekly consumption limits, increasing long-term alcohol-related health risks.

I know first-hand that quitting isn’t easy. However, I also know there is hope for anyone looking to quit. The first step is admitting we have an addiction. The next one – the tougher one – is to actively try and change our lifestyle for the better.

After coming clean to my parents, I took a year off school to work while they helped me with my issues. The next year, I registered at Algonquin College. At first, things were going great for me: a new program, better friends than the toxic ones at my previous school and amazing professors. I felt like I could handle school while going out for drinks occasionally.

Before long though, the old demons started resurfacing into my head. I started to fall back into old habits, where I let one drink turn into too many. After a few months of this, I took a hard look at myself: I was out of money and my social life was on thin ice. My head was a complete mess.

With this epiphany and with the support from my friends and family, I decided to stop drinking altogether. After three and a half years of drinking, all it left me was bad memories – at least what I could remember – and mental health issues I am dealing with to this day.

In Ontario, the legal age for purchasing and consuming alcohol is 19. However, depending on circumstances, they may start earlier. This was the case with Algonquin student Emily Hicks, who was 17 when she first tasted alcohol. “I moved to four different schools when I was five due to bullying. I also lost a couple friends in car accidents as well as cancer,” Hicks says. “I always had a rough life, and I got to a point where I just couldn’t do it anymore, so I turned to alcohol and partying.”

Hicks continued to abuse alcohol for the next four years. When feeling down, she would drink a copious amount to numb the pain. Since her alcohol tolerance became strong over time, she would consume six to eight drinks a night, depending on the size. If she was drinking cans of beer, she would have around 20. She followed this routine four nights a week, if not more.

She eventually realized the amount she was drinking was not good for her and vowed to restrain herself. However, it took a tragedy for her to finally get serious. “One night, my friend had gotten really drunk and fell from a two-story balcony that led to her death,” she says. “I knew then that it was a serious thing and I had to stop drinking, as hard as my life was.”

At the time of writing this article, it has been eight months since Hicks changed her relationship with alcohol. She doesn’t drink like she used to, but whenever there is a family occasion, she finds the desire to get drunk still looming over her. “I find it’s very hard for me to only have one,” she says. “But with the support that I have, I can end at one even though it’s difficult.”

The main reason I got addicted in the first place was because all my friends at the time drank, and I just wanted to fit in.

Amanda Neilson, the harm reduction consultant from Algonquin, says that social interaction is one of the main factors that can lead to alcohol abuse. “One of the common reasons students turn to alcohol is because it makes them feel better about themselves, it makes it easier to socialize, and easier to connect,” Neilson says. “All of a sudden, you have something in common in the form of a socially acceptable practice.”

Alcohol is all around us too. “We live in a culture that loves alcohol and that really contradicts what we have been told when we are younger, saying ‘Drugs are bad, just say no, don’t do drugs,’” she says. “There’s a huge clash between the world we live in and the message we are sending young people.”

“Substance use and abuse meet fundamental human needs. When we look past food, shelter and clothing, we took things we need to feel the best we can be, like love, acceptance, belonging, freedom from pain, and identity,” she says. “All of those things can be solved temporarily with alcohol and other drugs.”

Neilson is also a member of the Umbrella Project at the college, which strives to create a safer space for students on campus to talk about substance abuse. “We approach this issue from a harm reduction approach, which we use all the time,” she says. “Harm reduction could be tying your shoelaces or putting up stop signs. Essentially we are taking a high-risk activity and making it less risky.”

In August 2018, there was a study conducted by The Lancet, an online medical journal, suggesting the safest level amount of alcohol to consume is none. Heavy drinkers have an increased risk of health issues later in life.

Leta Bourque, a counsellor from Carleton University, believes it’s not about eliminating alcohol or other substances completely, and more about how frequently people turn to them. “Each person’s limit is very individualized and it’s based on the consequences they experience,” Bourque says. “For some people, they might drink heavily, but for them it’s leading to stronger social connections, which is more valuable to them. It all depends on how you define what those consequences or health issues would be for them.”

Bourque, who worked at a residential treatment facility for many years, found that in a lot of cases, alcohol can be just as dangerous, if not even more dangerous, than the harder drugs depending on the usage. “I would say the danger is not just about the substance that someone is using but the consequences for that particular substance for that person. This can be quite individualized depending on biological, psychological and social factors,” she says.

At the time of writing this, it will be almost two years since I turned my back on alcohol. Right now, I don’t plan on going back anytime soon. Some people have asked why I’ve made this decision. That answer is simple.