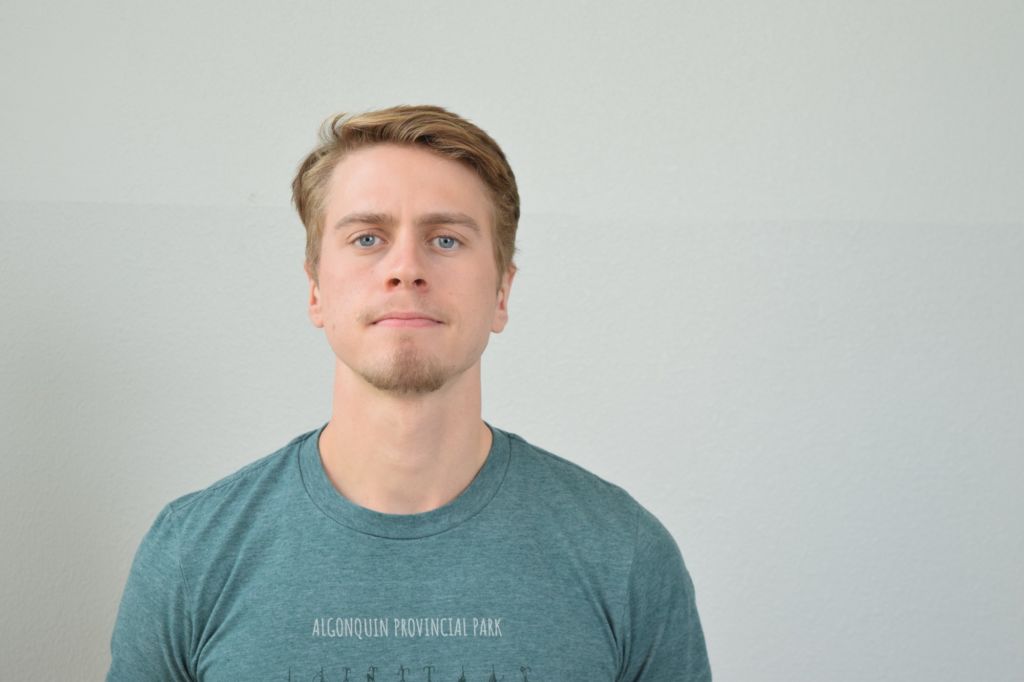 Camp Fortune was a hyped-up event for all frosh week-goers at the University of Ottawa. At the end of a wild week, students got the chance to be bused out to a ski resort near Gatineau to let loose and party.

While many guys were ripping the sleeves off their frosh tees and rocking comfy shorts, I was heading to the event with my Sunday-best outfit to hide the rash on my inner arms and legs.

It was September 2015, and I was an eager 17-year-old ready to go full steam through my frosh week at uOttawa.

After two days of settling in my new home in campus residence, I began to notice familiar spots appearing on my body around my inner arm and leg areas.

The week was a scorching one, and the heat wave that ushered in frosh was a welcoming scene for the eczema that had become a nuisance over the years.

By mid-week, this rash was developing into coaster-sized sheets of redness, and I was holding myself back from attending some of the frosh events. For the notable events I did attend, like Camp Fortune, I awkwardly wore long-sleeve shirts and pants.

It was an uncomfortable experience for me. I was gradually making new friends, but I didn’t feel ready to expose myself totally to the social environment. I struggled with the feeling that there was a part of me that would make people uncomfortable were they to see it.

Melisa Arias-Valenzuela, a PhD student and doctoral associate at the Ottawa River Psychology Group, says that being in an environment where there is a general feeling that appearance is important can cause a situation where a diminished appearance can lead to some diminishment of self-esteem.

Obviously, going into my first week in university, my feeling was that my appearance was relevant to my social success.

I tried a range of desperate treatments over the rest of frosh week and the two weeks that followed in search of a way to sort out my appearance. From basic moisturizers to a home remedy involving apple cider vinegar, I eventually found what has kept my eczema in check since then: a topical cream that effectively uses the hormone cortisol to subside the rash.

Eczema has been a significant theme in my life since my mother discovered little rashes around my face when I was a few-months-old.

Eczema is a skin condition in which areas of the skin become inflamed as a result of irritation, sometimes causing itching and bleeding. From a young age, doctors believed my eczema was linked to some of my allergies, but also that there could be some external factors.

When my mom found out I had it as a baby, she adjusted her diet to try and help. It didn’t work. The rash seemed to be here to stay. According to my parents, Jennifer and Peter, I would deal with the rashes quite well as a toddler besides being unable to resist the urges to itch. I was almost always happy, and it never negatively affected my sleeping patterns.

I can’t recall battling with any identity issues as a result of it as a young student. My mom, however, can remember how annoyed I was having to explain my condition when the school secretary would call me out of the class room because a teacher thought I had chicken pox.

The condition really started to affect my self-esteem when I began to get closer to my adolescent years – when I became more aware of my perception to my peers.

Being 12-years-old and running around the school yard without a care in the world gets interrupted pretty easily when a classmate asks why the back of your leg is all red. It didn’t matter if they meant to sound mean or not, it was the kind of question that caused me to assume people were analyzing my appearance even when they weren’t. It was also the kind of question that would lead me to prefer wearing pants and long sleeves a lot of the time – why deal with answering that question at all if I didn’t have to?

Now being 22-years-old, I still have flare-ups on the legs, and more recently around my fingers. Most of my friends now know that I have eczema, and although none of them have seen me with it at its worst, I find it a lot easier to deal with the minor flare-ups that occur. I try not to over-analyze my appearance more than I would when no flare-ups are present.

It feels as though the worst of the eczema in my life has already come and gone, but there will probably be a time when I have to deal with exposed parts of my body again wearing sleeves of redness.

Just last summer, I was working at a restaurant and spent a large amount of time doing dishes with industrial dish soap. As soon as I stopped working, I noticed a rash growing in between my fingers. Having identified a valid antidote to the condition, and being older and more rational, I was a lot better at improving the inner dialogue I had regarding whether people were noticing my fingers or not.

Despite this, I know that my ability to rationalize past events in my life doesn’t necessarily mean that similar events won’t affect me negatively going forward.

Valenzuela says that self-esteem can fluctuate throughout our lives regardless of whether we have moved past certain issues or not.

“Our brains are wired to trigger negative emotional responses to experiences that might resemble the difficult event we faced because it’s trying to protect us from encountering a potential danger, such as being rejected,” she says.

I suppose the reality of it is that if circumstances beyond my control, or in my control, cause a spike in my eczema, then I may well react in a negative way.

It’s a challenge to not let these kinds of things build up into serious crises of self-esteem. I can say that it’s definitely a lot easier now – being a little older and being more comfortable explaining the condition to people – than it was being a 17-year-old in a new environment.