Ottawa South, like communities all over Canada just now, is covered with colourful signs promoting the various parties that are running in this year’s federal election. On Oct. 21 citizens will find out who will represent them on Parliament Hill.

With the vote less than a week away, students need to start thinking of who to vote for. Balancing the many aspects of student life can be hard, so voting is not always a top priority, especially when it comes to learning about your candidates and their platforms.

Glue caught up with the candidates through in person, over the phone and email interviews to learn their platforms. Here are the 2019 federal election candidates for Ottawa South. 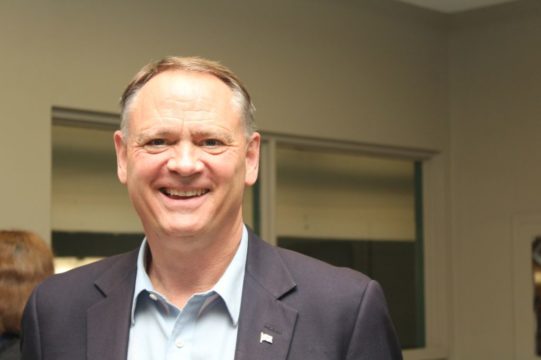 David McGuinty is the Liberal candidate for Ottawa South. He has been in office since 2004 and hopes to be re-elected this election. Photo credit: Joshua Ambar

McGuinty is a Canadian lawyer and is the Member of Parliament for Ottawa South who represents the Liberal party. McGuinty was first elected in 2004 and was re-elected in 2006, 2008, 2011 and 2015.

McGuinty believes that students are the future of the country and a government’s biggest investment should be in learning. He racked up a 10-year university debt, which was hard for him to pay off, so he understands the struggle of students in the present day.

If re-elected, McGuinty wants to give students a two-year interest free grace period to pay back their loans after graduation. He wants young parents coming out of school to “press pause” on repayments interest free until their child reaches the age of five-years-old.

McGuinty wants to increase the amount of grants students get as well and increase the money they receive to be able to live while they are studying.

McGuinty also understands the life of a student from a personal perspective as he has children of his own. He encourages all young adults to vote in this election because he compares Canada to an enterprise.

“[Because] Every Canadian citizen who can vote is a share holder,” said McGuinty. 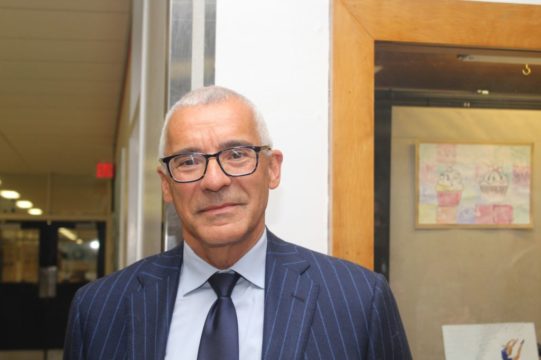 Eli Tannis is the Conservative candidate for Ottawa South. He decided to run to give back to his community by ensuring that students get good paying jobs after graduation and that the economy is strong. Photo credit: Joshua Ambar

Tannis comes from a family of Lebanese immigrants, who have made Ottawa their home. Tannis is the vice president of Tannis Food Distributors, a family-based business that has been in Ottawa South since 1976. He and his family are the founding members of the Tannis 21 Foundation and are the main benefactors of Karen’s place, which supports people with mental health needs.

Tannis says he wants to create a better vision for Canadian students by making sure that the economy is strong and good jobs are being created when students leave post-secondary schooling.

“The conservative government believes in Canadians and business to drive the economy to create jobs,” said Tannis.

Tannis says he is running for parliament to give back to his community. He says he wants the government to be stricter when it comes to crime, he wants to see tax cuts and he wants to help ensure that students enter good paying jobs after graduation.

Tannis encourages students to vote because every vote will affect the economy, the environment and the overall status of our country. 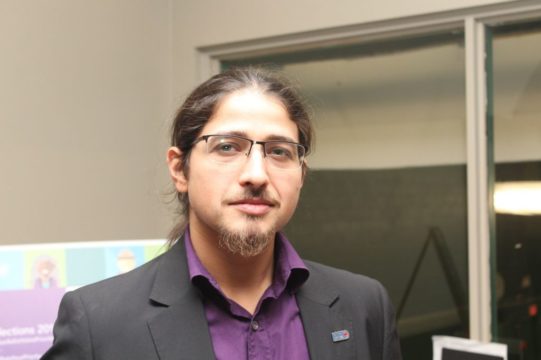 Rodrigo André Bolaños is the PPC candidate for Ottawa South. He chose to run because he believes that Canadians, like himself, have had enough and deserve change. Photo credit: Joshua Ambar

Rodrigo André Bolaños is an Algonquin alumnus who worked on Parliament Hill as well as in the Nation Press Building. Bolaños is running for elected office because he grew up in low-income neighbourhoods where crime took place. There he saw, politicians involved with a lot of it. He believes that millions of Canadians, like himself, have had enough.

Bolaños says that he will be working for students before and after graduation. He says that if there is something that needs attention under the federal jurisdiction, he will work on it. For example, like the Cannabis Act. Which he is already in the process of fixing.

If elected, Bolaños wants to get as many of his Private Member Bills passed and he will continuously work on legislation to improve the lives of all Canadians.

“I’m going to put more freedom into the hands of the citizens,” said Bolaños, “and make sure government stays out of your businesses, homes, bank accounts and privacies.” 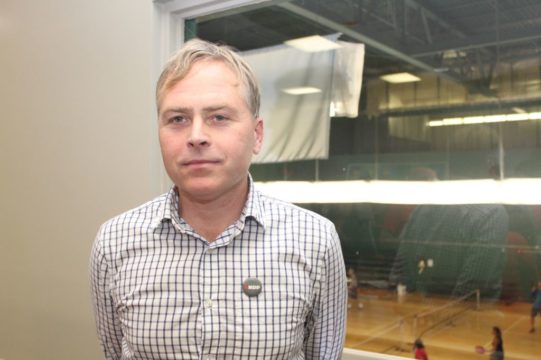 Morgan Gay is the 2019 NDP candidate for Ottawa South. He decided to run after the Heron Gate eviction left him shocked. Photo credit: Joshua Ambar

When residents were evicted from thier homes in Heron Gate in 2018, Morgan Gay was shocked. He’d lived in Ottawa South for 15 years and cares about his community. It was then that he decided to run as a candidate in the federal election.

He is a part of the peace movement to disarm nuclear weapons and wants to better the environment. Gay said that for his 15-year-old daughter, the future looks bleak.

Gay wants Canada to move towards affordable tuition for all students and convert all student loans to grants. He believes that the student debt in our society is out of control and wants to abolish student interest as a first step.

“I believe in universal access to education we need to make post-secondary education barrier free so that people can access it,” said Gay.

Gay says he wants to move away from fossil fuels and implant green technology, electric and free transit to better the environment.

His first set of goals if elected will be to make dental, vision and pharma care all fall under the universal healthcare system. He also wants to ensure that affordable housing becomes a necessity.

Gay encourages students to hit the voting polls because he says that they have the most invested in this election as it is their future. 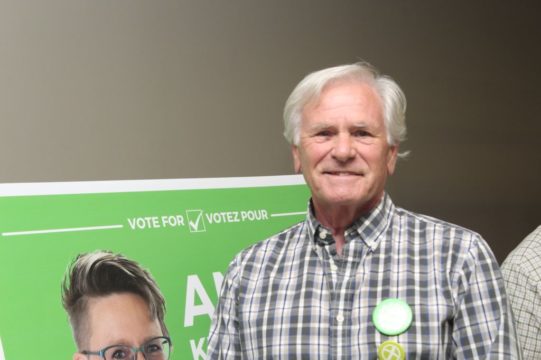 Les Schram is the 2019 Green Party candidate for Ottawa South. When he was able to get more free time from his family, he decided to run after finding his “political home.” Photo credit: Joshua Ambar

Les Schram is looking forward to making Ontario a better place to live by aiding the environment, the political process and the economy. He also wants to ensure that students can receive free tuition.

Schram earned his B.A. from Carleton University and co-founded a local newspaper. He was also active with the Mayor’s Committee on Youth. Once Schrams now-grown children and grandchildren did not need as much attention from him, Schram knew it was time to run. He says he found a political home with the Green Party.

Schram wants students to know that he supports free tuition and that he believes the budget accounts for that.

“It is do able,” said Schram. “The government just need to get their priorities straight.”

If Schram gets elected, he wants to replace [ buses with electric ones to reduce the carbon emissions of public transit.

Schram tells young voters to mark the x on the ballot box because he says if they start VOTING young, they will develop a life long habit of voting. He says that if any student has any concern for education and the environment then they shouldn’t have to think strategically because the Green Party will stand up for them. 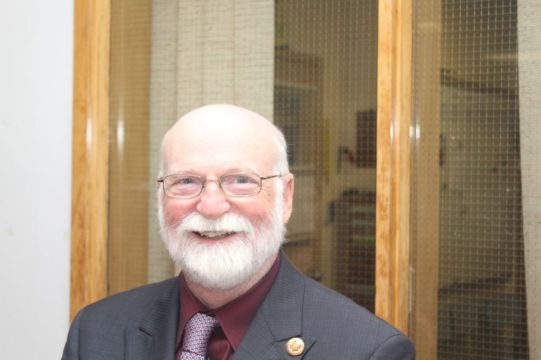 Larry Wasslen is the Communist Party candidate for Ottawa South. He decided to run because this election is one of the most important in many years due to the climate crisis and school affordability. Photo credit: Joshua Ambar

Wasslen is the candidate for the Communist party in Ottawa South in this federal election, but it’s not his first time running. He has been in political races in past election races elsewhere in the capital.

Wasslen was a nurse in the neonatal intensive care unit at the Children’s Hospital of Eastern Ontario and the General campus of the Ottawa Hospital for 40 years. After retiring in 2013, Wasslen went on represent the Communist Party during the 2014 provincial election in the Ottawa-Centre riding.

The Communist candidate says that this election may be the most important election in many years because of the climate crisis and schooling affordability.

He believes that education is a right and that it should be funded by the state so that there is no cost to going to school. Wasslen thinks that Canada’s foreign policies should focus on peace and solidarity. He also says that the needs of the working class should be met instead of corporate greed.

If elected, Wasslen wants to focus exclusively in his riding. HE wants to make a welcoming atmosphere for refugees and immigrants and create jobs to improve the living standards of the working class.

Wasslen tells students to vote because students have a very long tradition of wanting to improve things, Wasslen says. In order to make things happen they need to vote.