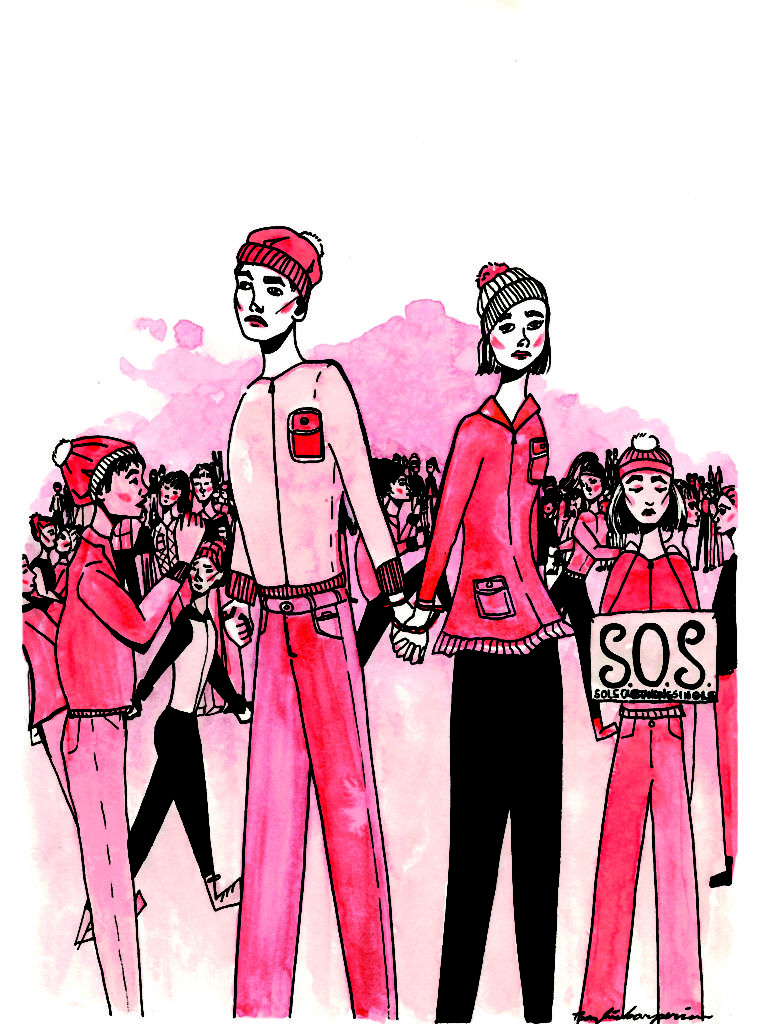 Cuffing season is upon us and believe it or not, there is actual science to back up why people tend to get together for the colder weather.

“During the winter it’s very lonely and boring, especially when you’re in the middle of nowhere in a small town,” says Michaela Maloney, a second-year early childhood education student at Algonquin College. “It was definitely nice to have someone during the colder months and I was thankful summer was right around the corner when it ended.”

Getting together with someone during the colder months beats out the loneliness of being inside all day as well as having someone to spend time with. Cuffing season is the phenomenon where single people get together during the fall and winter months to cuddle for warmth, spend the holidays together and those long, cold and dark nights.

Some relationships start out with the intent of having someone during the holiday seasons, but this wasn’t the case for Roan MacWilliams, a first-year general arts and science student at Algonquin. It wasn’t MacWilliams’ goal to find someone for just the season, but it was his goal to find somebody – period. He’s still with that special somebody more than a year later.

According to Dr. Scott Carroll, M.D., a pediatric neuro-psychiatrist from Ayni Neuroscience Institute, psychologically, humans are primed to seek mates in the winter because we feel lonely during those months and seek a connection with another person.

A study by the Department of Psychology at Villanova University was conducted over five years and ended in 2013. The study showed trends of Google keyword searches for related topics including mate-seeking. The topics were consistent for a six-month hormonic cycle which peaked most frequently during the winter and early summer.

Nada Sharyf, a licensed psychologist at the family care clinic and scan center also said that it is more common in colder places, as it is more of a seasonal concept. “The theoretical perspective is that it’s part of our survival instinct,” says Sharyf.

Christmas, New Years and Valentine’s Day all fall within cuffing season, which makes for a lot of social pressure to have a significant other to spend those days with.

Getting caught under a mistletoe, a midnight smooch on New Year’s Day and having someone to fill your Valentine’s Day is all the more reason not to be alone.

“When winter comes the nights get longer, people don’t hang outside enough and people like to cuddle up,” says Jing Wen, a third-year commerce student at Carleton University. “It’s a different style of relaxing and finding comfort. Summer is over and people are tired and want to settle down.”

A report titled Tracking the Seasonality of Relationship Formation was prepared by Data Scientists Jackson Gorham and Andrew T. Fiore from 2012 posted on Facebook, shows that the days around Valentine’s Day and Christmas demonstrate the highest percentage of newfound love and relationships compared to any other time in the year.

According to their report, Feb. 14 sees 49 per cent of new relationships starting and Dec. 25 sees 34 per cent.

As for why people don’t ‘cuff’ during the summer months, Maloney says it could be that when summer comes around everyone comes home from school to work and visit friends and family.

“The support given by a partner can easily be replaced by support from friends,” she says.

So, the rule of thumb is to spend the summer with your friends and when the colder weather starts creeping up is when you should start soul searching for your winter cuddle buddy.

If you are in need of a plus-one to a family dinner, or just need to get cozy with someone, think about hitting up Tinder or your local library to look into getting cuffed this holiday season.