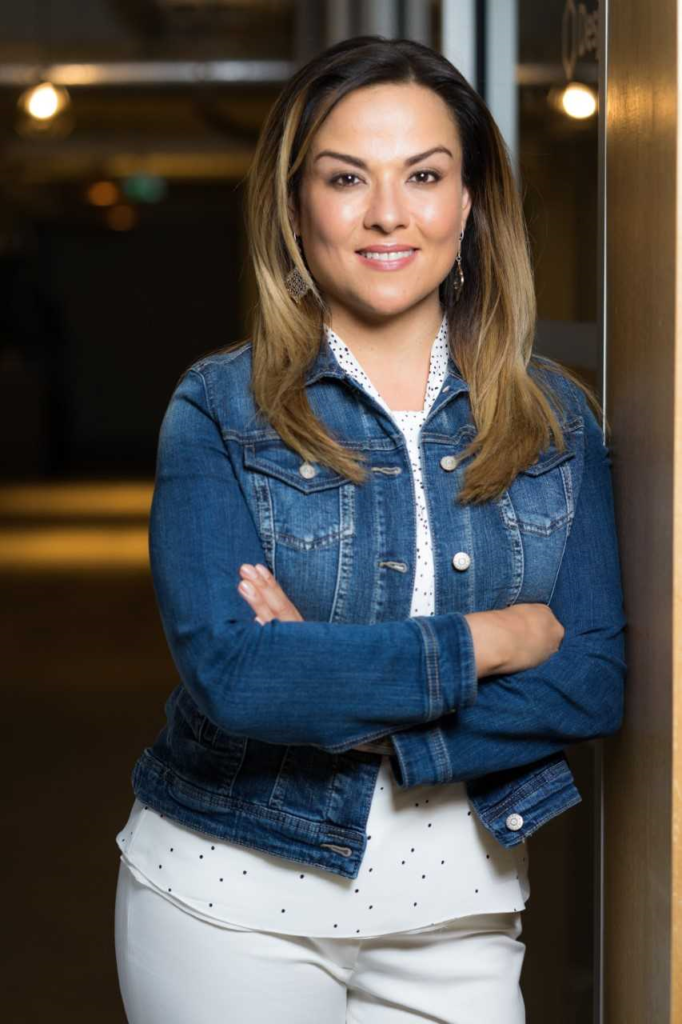 Karla Briones, 40, is an immigrant entrepreneur who consults new immigrants in Canada – those who have an business idea, but don’t know how to move it forward.

“I never saw my dad work for anyone,” Briones says. “I grew up in his clinic in his business.”

She started Karla Briones Consulting in 2018 after launching her three other businesses in Canada.

She had been working with her father in his veterinary hospital in Mexico and planned to continue that after coming to Canada. But it turned out it was quite difficult for her parents to continue their profession here.

In the end, they succeeded in opening an animal hospital on Montreal Road.

When she came to Canada, she wanted to become a reporter and so enrolled in the journalism program at Carleton University. That lead her to start working in public relations and communications in Toronto.

Working in Toronto she got a dog which she fostered, an experience which led her to open a Global Pet Foods store Kanata in 2018.

“I owned a dog at that time, and I wanted to become a crazy dog parent,” Briones says.

“I was able to take from the entrepreneur environment,” Briones says. “I started my business with passion, although I knew that there is money in this business.”

To expand her business, in 2010 she opened another Global Pet Foods store in Hintonburg. Getting a taste of a self-owned business, she started a Freshii franchise in 2016.

In 2017, she opened a boutique business with her friend called Frida’s Attic.

Now that she has opened so many businesses, she knows how to manage stress related to entrepreneurship.

“As I got balanced, it’s no more stress. I have become smarter in finance and investing,” Briones says. “When you start making sure employees are growing better, that definitely keeps you up on nights, then you are established and things settle.”

All of her self-owned businesses are active currently. She manages them by allocating different days of the week to each of the businesses.

“Stress is still a wok in progress, but I have been able to create a system where I don’t have to be in those businesses physically,” Briones said. “I created teams of managers and meet with them on different days.”

On Monday and Fridays, she focuses on her clients in the immigrant consulting business, and on other days she gets a summary from the allocated managers in the stores.

In consulting, she teaches culture and business community in Canada, business plan methods and business registration. This is a step-by-step course that continues for 10 months. It covers all the aspects of business startup and costs $49. A 30-minute personal meeting costs $100.

“In the start, it can be stressful making sure to pay staff, pay rent and making sure you have enough money for inventory; you have to be super diligent,” Briones says. “I sleep better today. Any new business goes through ups and downs, but when you are long enough in your field, you can predict the downs and prepare for them.”

At home, she has two daughters, 10 and 6, who have their own small businesses at home that they manage.

“They are growing in an entrepreneur environment as well,” Briones says.

Shawn Hoey, her business partner and life partner, supported her in starting these businesses.

Hoey was in the logistics industry, and Briones was in the public relations and communications field in Toronto. They planned to come back to Ottawa and open a franchise named Global Pet Foods.

Hoey says they were concerned about whether it would be profitable. “It was the biggest concern,” he says. Would they earn enough money to pay back the loans that they took to start business?

The first business in Kanata was a good location. Because there was less competition, the business was profitable in the first 2008 to 2009 period.

“We didn’t have that experience and knowledge to manage and run the business properly,” says Hoey. “We did succeed in the first year, but I wanted to see long term benefits of the business.”