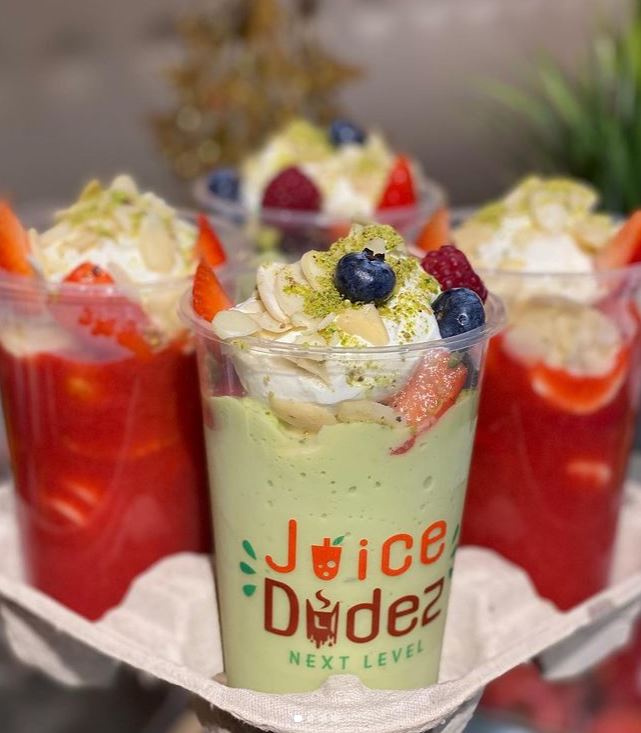 Located in Westboro, juice Dudez sells all sorts of smoothies, waffles, crepes and more.
Photo by: Supplied by source

For 25-year-old Nasr Nasr, owner of Juice Dudez, nothing beats the flavour of smoothies made from fresh and real ingredients.

Located in Westboro, at 91 Richmond Rd. A, Juice Dudez serves all sorts of juices, smoothies, teas and more. Every item on their menu is made with over 90 per cent fresh ingredients.

“We want to introduce a fresh juice culture to our community because it’s something that we’re frankly lacking in Ottawa,” says Nasr. “We looked everywhere for some refreshing juices and smoothies. Your options are really either bottled juices or a smoothie that was made from frozen stuff that is basically flavourless.”

“Juices and smoothies are really beyond that,” says Nasr. “They’re supposed to be healthy and very flavourful.”

Nasr says he chose to open Juice Dudez in Westboro because he felt that their values aligned with those of the community. “I know it’s a healthy neighbourhood, which is really compatible with our concept. We have a lot of healthy stuff.”

But their appeal extends beyond just smoothies. According to Nasr, their waffles – which are covered in real Belgian chocolate – are the perfect treat for the Ottawa winters. “What do you need in the cold?” he asks. “Maybe some wine, but you also need some chocolate. It really does warm up your soul when you have a triple chocolate-covered waffle.” 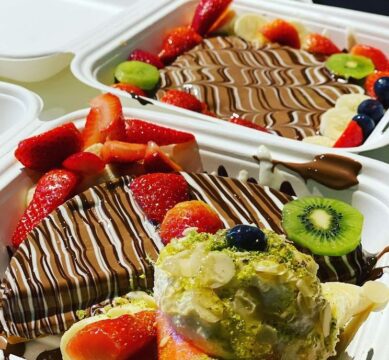 “I love the varieties of sweets they have,” says May Jawad, a regular at Juice Dudez. “They have crepes and waffles, but if you’re not much of a sweet tooth, they have other healthy options like fresh fruit smoothies.”

“They care about presentation. Not only are their food and drinks delicious, but they take the time to make it look amazing.”

Nasr’s passion for fruit and flavour comes from his experience growing up on his family’s fruit farm in Lebanon, where they had previously owned a juice bar. Since he was young, he dreamt of owning his own juice bar, but gave up on it while he studied engineering.

When he moved to Canada in May 2017, he learned that his university credits wouldn’t transfer. Instead of starting from scratch for another three or four years, Nasr decided to try something else. “Let me just follow my passion, I can start right now,” says Nasr. “I don’t have to wait all these years and pay all this money.”

After moving to Canada, Nasr knew he had lots of work to do before he could make make his dream a reality. “I did every odd job you can think of to get by,” says Nasr.

His fresh start truly began in Sept. 2019, when he opened Juice Dudez. Through the juice bar, he was able to explore his passion for food, business and introducing new things to Ottawa.

That passion carries Nasr through the long hours that come with running a business. “I feel awesome, but I’m working hard,” he says. “I’m working seven days a week, at least 13 hours a day. Too many hours. I’m exhausted.”

But Nasr knows that is to be expected. “As a business owner and entrepreneur, every single day, you have to take risks.”

He wants the business to do well in order to support his employees – many of whom are family. Even if employees aren’t related by blood, they’re part of his family. In return, he says they treat the business with the same respect.

According to Nasr, their dedication to creating a positive experience for their customers pays off. He explains that they frequently receive positive reviews and messages from customers.

“They are very sweet and welcoming,” says Jawad. “A server will always come to you and ask how everything is. Customer satisfaction is their priority always.”

Juice Dudez had only been open for about half a year before being struck by the COVID-19 pandemic. It forced them to reconsider their business model as a dine-in experience and adapt to new restrictions.

“We realized that it’s going to be the future for the next year or so,” says Nasr. “We got UberEats, we activated all the delivery apps.”

“We’re absolutely grateful to our patrons for always supporting us,” says Nasr. “We’re at a point where we’re a juice bar in February and we’re still doing well.”

Nasr hopes to open a new location in southern Ottawa in the near future. He hopes to open locations all around Ottawa and beyond.

More information on Juice Dudez can be found on their website.