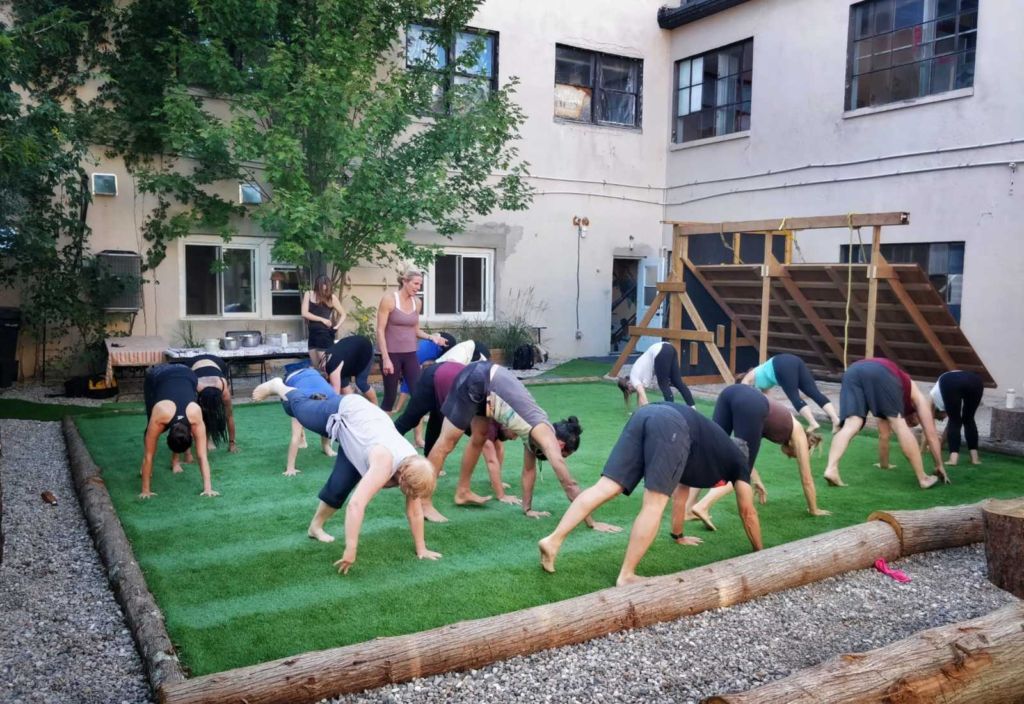 Accessibility and time-management matter. Students and people alike want the ability to access information right away and with zero effort. And thus a startup named upSpace was created by co-founders Charlie Ashbourne and Jennifer Schurer.

“I noticed that instead of spending time focusing on the content and making a really great Meetup group, I was spending a lot of time to try and find space,” says Schurer.

An idea that originated from one’s own struggles when finding available commercial space to hold her financial literacy Meetup group came to fruition when Schurer met up with friend Ashbourne thinking there must be an easier solution finding space.

What they were hoping to find was a readily available list of commercial spaces that were easily bookable and listed if it has WiFi, an AV system, capacity and other details for their events but that didn’t seem to exist so they thought, “well why don’t we make it?”

It’s a very similar concept to Airbnb and Uber, where instead of going on the internet and searching for local taxis or hotels in the area and having to do research, your ride and room for the night are at a click of a button.

It’s not only for people who are looking to book commercial space but if you own commercial space that is being unused, you can monetize it and pick up some extra income towards your rent instead of letting it go to waste.

“We want any commercial space to have the potential to be an upSpace,” says Schurer.

There are a plethora of direct competitors to upSpace that are available in the Ottawa region such as Regus, the worlds biggest with revenues of $3.16 billion in 2017, ShareDesk, breather and thisisopenspace.

What upSpace does well that their competitors don’t is that they have been more focused on growing locally instead of quickly expanding geographically.

“If we are telling you that you can find a space in Ottawa, we want to actually have spaces in Ottawa. We don’t want to have only two options or only three options,” says Schurer.

In comparison, their competitor with the most available spaces is thisisopenspace with 34 spaces in Ottawa and was founded in 2015, when upSpace, which was only started seven months ago already has 89 spaces right now in Ottawa.

With Regus being the worlds biggest, they sadly only have three available office-only spaces available, when you can get spaces for almost any need with upSpace.

Future plans for upSpace are to start an ambassador and referral program for students and others to get involved and make some extra cash, as well as partner up with event planners because it would make their job easier.

“We’re trying to help everybody make a second source of income,” says Ashbourne.