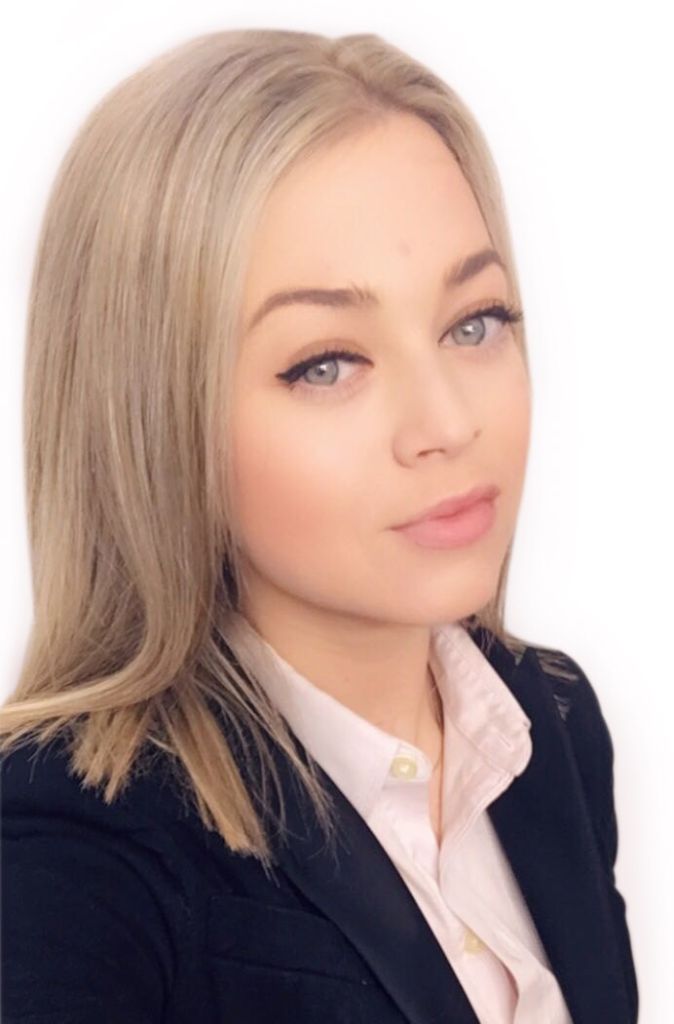 Since graduating from Algonquin College’s advertising program in 2008, Sarah Walters has worked a string of high-profile positions including client coordinator for David Pratt and Associates.

Walters’ latest role has her working as an account executive for InMotion DVS, a digital and video marketing agency that focuses on associations, agricultural, tech and healthcare industries. As an account executive, she works with companies on developing marketing and communication strategies that help get them where they need to be.

Walters got her start as a sales manager for Intelligent Office, a virtual receptionist and office space service. Overnight, she was put in charge of all day-to-day operations such as sales, billing and hiring.

“I ended up being one of the top salespeople in the company and my closing retention was the highest they had ever seen,” she says.

When asked how she managed to set herself apart, she points to the importance of being kind and building a strong rapport with clients.

“In this day and age, everyone’s hiding behind their keyboards and losing that personal connection,” Walters says. “So, I pick up the phone and I say, ‘Hey, how’s it going? Happy new year! How were the holidays?’ I ask about their personal lives and bring it back to, ‘What do you have on your plate that I can help you with?’ Asking to help goes a long way,” she says.

Walters’ tenacity and can-do attitude led her to launch her own business in 2016 following a lay-off from a previous employer. She speaks fondly of the time she spend being self-employed.

“I became a sole proprietor and started working for a former minister of national defence. I wound up crunching numbers for a tech company out in Laguna. I also ended up doing contract work for a recruiting company for the government,” she says.

Although the experience was rewarding for her, Walters warns aspiring entrepreneurs it requires a lot of effort.

“I did these three things every day and then I realized, it’s tough work, running your own company. You have to pay your bills and you don’t have any health benefits. So I decided to look for a full-time job and that’s how I wound up with InMotion now,” she says.

Walters still has her proprietorship as well as a client she works with from time to time. If given the opportunity, she says she’d like to revisit the idea but would devise a plan before moving ahead.

“I really loved working for myself,” Walters concludes. “I think if with careful planning and thought to what I wanted to do as a sole proprietorship or as a corporation– If I had a serious business plan of what I was going to do, yes, for sure. I would do that in a heartbeat. I would not work for someone else, I would do it myself. That’s just who I am and what I want for my life.”