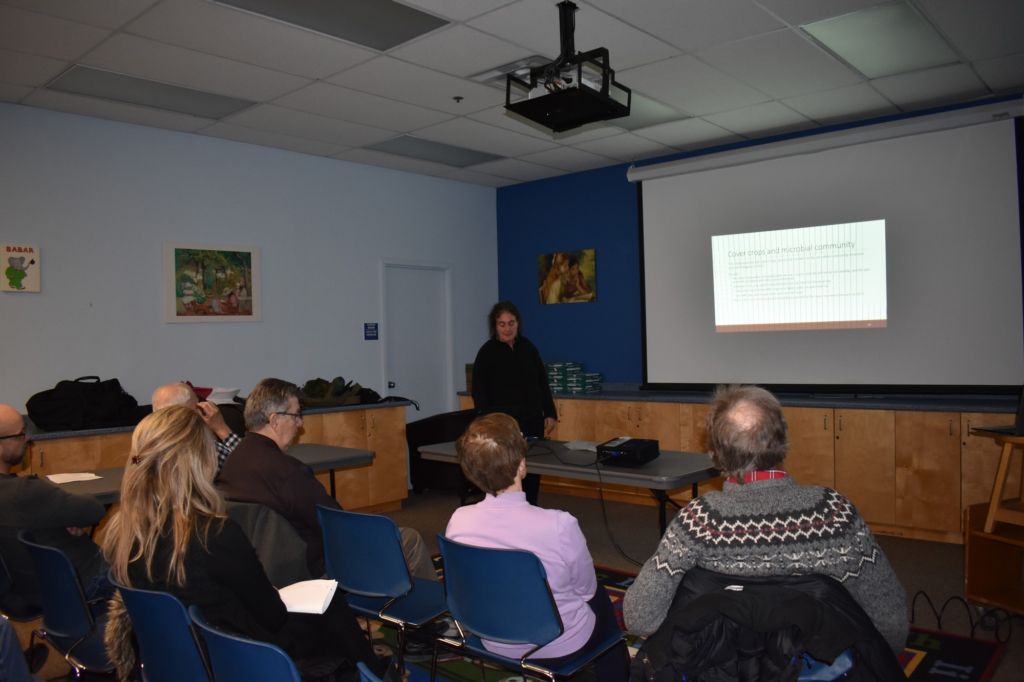 There was excited murmur going on between the people in the crowd right before the meeting started.

Around 15 people came to the Ottawa public library located in Elmvale Acres to discuss the role of print media in agriculture and its importance in the life of farmers.

Good, along with AJ Al Rajab and Linda Vogel, are owners of the agriculture community newspaper, Agrinews. They’re a regional group at the Ottawa branch of the Ontario Institute of Agrologists, which is a provincial organization that applies science to agriculture.

More than 60 per cent of the world’s population depends on agriculture therefore newspapers are a necessary resource to convey agricultural knowledge to farmers.

“Print is more reliable in reaching a diverse audience, and it gives better and well-researched information than online,” Vogel says.

Agrinews is distributed to 13,500 homes in eastern Ontario and western Quebec.

“We are not necessarily all over. We don’t pick and choose a place; we are here to represent everybody,” says Vogel. “So people know where to come and talk to when they have questions and concerns about agriculture.”

Vogel says that online news medium is faster, but print is peer-reviewed and is accountable for critique, which makes it well sourced for farming issues.

Rajab gave a glimpse of the Canadian agriculture research status and compared it to the other countries.

Annual trends of growth in agriculture research shows that there are five per cent researchers, four per cent of journals published and three percent articles written about agriculture.

Canada doesn’t lie in the top six countries of research output. The United States, has 23 per cent of agriculture related research. They’re in first followed by China, with 17 per cent.

“We research facts; editors go through all content from our reporters,” says Vogel. “Print media is more affective and reliable.”

The Agrinews newspaper has well sourced content from the scientific journals written by the owners.

The scientific journals include an open access journal called nanotech agriculture that covers the small aspects of agriculture and Canadian journal of pesticides and pest management.

The information used in these journals is well researched and is thoroughly reviewed by the editors. It is then published in Agrinews newspaper.