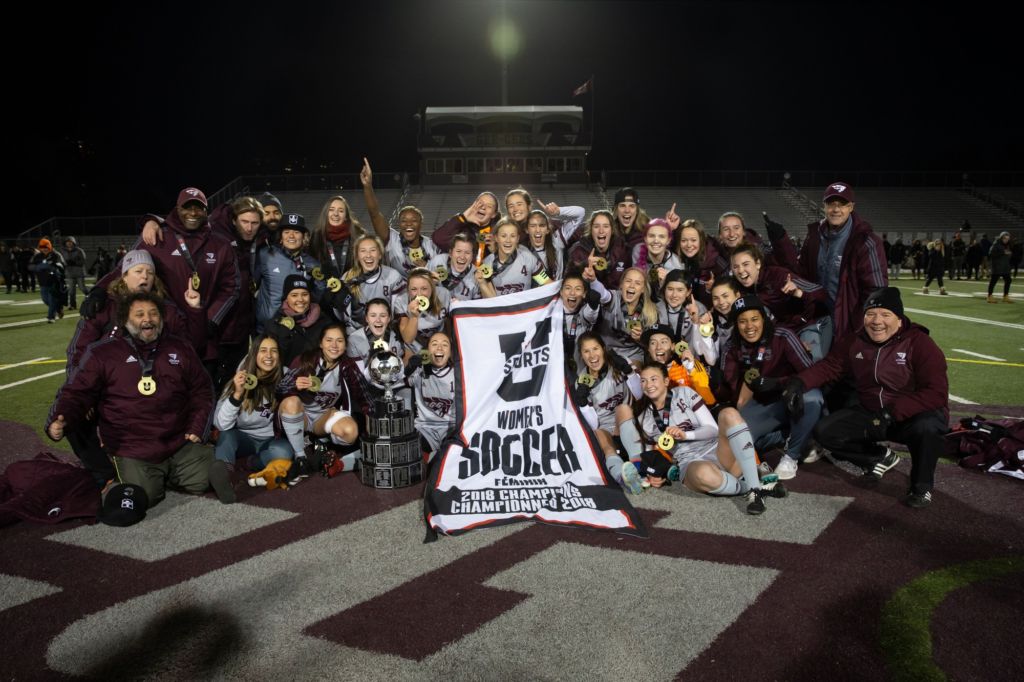 When the final whistle blew, the University of Ottawa’s Gee-Gees women’s soccer team were relieved and elated that they brought home the national championship after 22 years.

After such a long road to victory, the team still recalls the feeling of triumph last November as they take a look back on the hard work they put in and the challenges they faced in the past.

“Winning this year (2018) had an element of relief to it because we had been to the national championship final four times in between ’96 and had lost,” says coach Steven Johnson. Johnson has been the team’s sole coach since the program’s inception.

Initially, the women’s soccer team was just a club program and they were trying to attain varsity status with the University of Ottawa.

The club was in the process of filing a gender rights complaint and CBC’s The Inside Track covered the story in 1993. The publicity surrounding the event created questions outside of the sports department, and within a week they had a team.

They started as full varsity status in 1994 and it would only take the team three years to become national champions. After 22 years, the team is tasting success for the second time.

This victory is the culmination of weekly practices, physio, games and travel time, which can easily amount to 25 to 30 hours per week.

For Miranda Smith, a 22-year-old communications student, the club takes up “a good decent part” of her life. On top of being a full-time student and the captain of the women’s soccer team, she also works three jobs.

“Managing that, school and soccer definitely gets hard,” Smith says, “but I do think that Steven is just very good with understanding our schedules.”

Her parents put her in soccer at the age of four because they saw potential in her. Ever since then, Smith has loved the sport and always wanted to play at the highest level. Winning with her tight-knit team last November was “indescribable.”

“It’s just like an amazing feeling,” she says. “You can’t really compare it to anything. I’ve won things before with other teams but nothing compares to winning that. It’s something so few people actually ever get to say, that they won.”