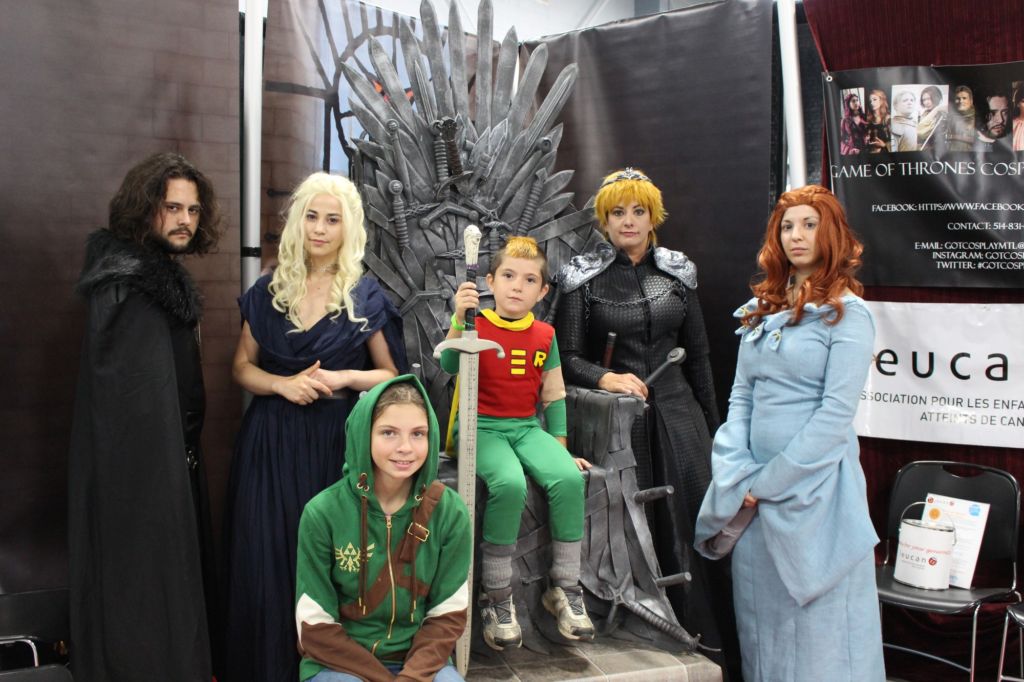 Geek Market XI is poised for its next big evolution. Ottawa’s geek community welcomes sci-fi, fantasy, anime, gaming, steampunk, comic books and action hero fans. On the weekend of March 23, they will take over the Nepean Sportsplex.

“It’s honestly a great place to be,” says Bridget Dueck, fourth year bachelor of science student at the University of Ottawa. “You feel really welcome and the activities are pretty awesome.”

This year, Geek Market is not only using the curling rinks at the sportsplex but also adding one of the hockey rinks. It’s the most space they’ve ever had and it has given Stacey Young, the owner and a graduate of the University of Ottawa communications program, the ability to expand into new opportunities and grow some of the well-loved elements.

The decision to go bigger meant having to decrease from two events annually to just one.

Robin Von Dostaler, who has been a vendor at Geek Market ever since the first event, feels change is a good thing.

“Stacey is going to have one crazy, spectacular, amazing show,” says Von Dostaler, “that she can pour everything into and take her time with.”

One of the changes patrons can expect is more activities.

According to Young, Geek Market runs the largest indoor scavenger hunt in Canada.

For the upcoming event, there are three scavenger hunts planned. Geek Market is also expanding from six carnival games to 18. Patrons can collect tokens and trade them in for prizes.

“We brought that into the event last time and it was so successful,” says Young, “I had to go shopping on Saturday afternoon to get more prizes.”

What isn’t changing is the focus on giving back to the community. Geek Market has donated just under $80,000 to various charities. They have now chosen to donate to the Royal Ottawa allowing them to focus on mental health. This is important to many of the patrons, vendors and exhibitors, including Young herself who struggles with PTSD, concussions and several auto-immune diseases.

Geek Market has become a well-loved staple for the Ottawa geek community and the March event is shaping up to provide great entertainment and shopping. When you get tired of shopping, test your skills at transforming Optimus Prime and other Transformers for the chance to win prizes.