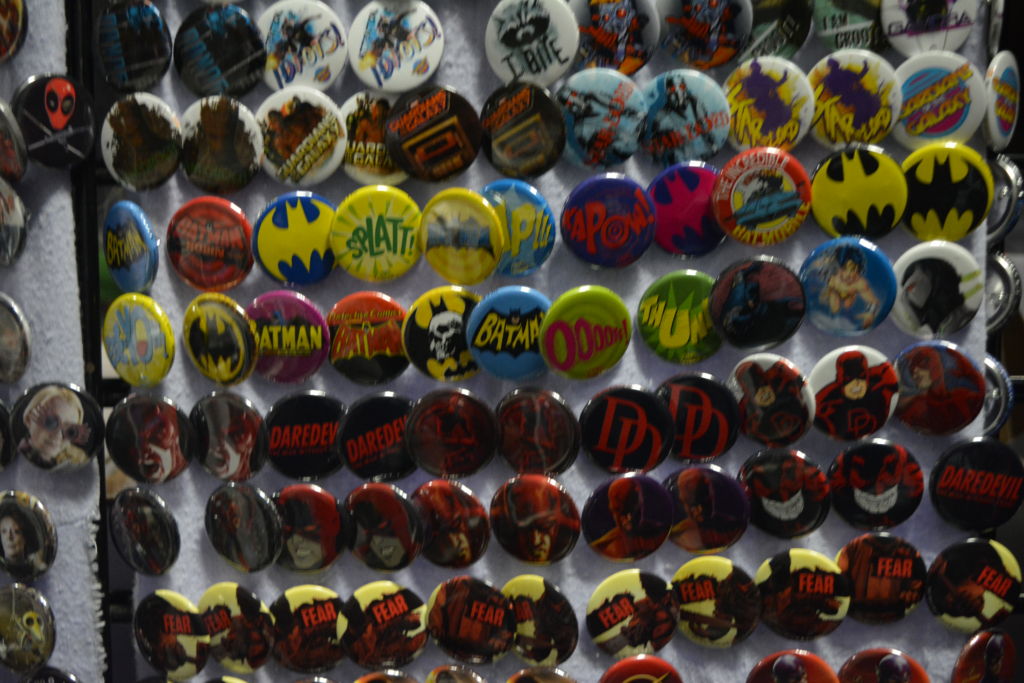 Ottawa Geek Market invades the capital for the fifth anniversary

The fifth annual Ottawa Geek Market took place Oct. 15-16 and played host to a number of vendors, community groups, and of course, geeks!

This isn’t the same as Ottawa Comiccon or Ottawa Pop Expo. There aren’t celebrities for you to see and get your picture taken with, and the venue is a bit smaller, but that doesn’t mean that there aren’t some neat things to see or do. 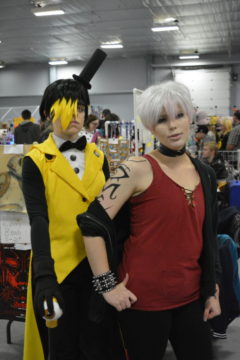 A fun part of going to an event like this is seeing other people.

Some event goers like to dress up as a popular character from a movie or television show, Like Elyse Primeau.

Elyse Primeau, a University of Ottawa student in her last year of international development, attended the Geek Market as Saeran Choi from Mystic Messenger.

“I find a little bit of time here and there,” said Primeau when asked how she finds the time to work on school and work on creating a cosplay.

Caron, also dressed as another character from a popular anime series, shared how important time was when making a proper cosplay.

“I don’t get a lot of sleep,” joked Caron. “I usually have 2 weeks before the convention to prepare.”

The event relies on a volunteer staff, paid in five dollar vouchers per shift completed. A number of these volunteers are Algonquin students.

Alison MacKay, a first year paramedic student at Algonquin, has been their medic for three years.

“I have my medical wilderness first responder card which makes me more qualified to be a medic,” said MacKay.

Paramedic students are often not paid for the work that they do.

“Things get weird with paid work,” said MacKay. “Everything I do is under the Good Samaritan act, so I can’t be sued.”

The students do not have insurance, so they would need to work with a private company that would cover them in order to be paid.

“I mostly volunteer at things I’m interested in that I would go to anyways,” said MacKay.

Braeden Timlin, a second-year Information Technology student at Carleton and Algonquin, doesn’t know if he will be returning to Ottawa Geek Market next year. 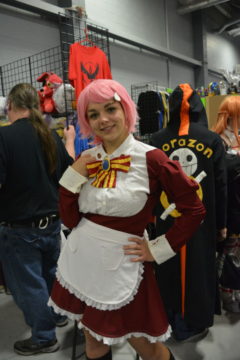 “I haven’t been here before. I’m comparing it to Pop Expo and Comiccon. It’s a little underwhelming,” said Timlin while attending on Sunday. “I was just expecting a little more.”

Although some patrons may have been slightly disappointed with the lack of vendors in comparison to other events, the Nepean Sportsplex was packed on both days. According to the Ottawa Geek Market’s Facebook page, there was a record breaking 5,637 attendants in a turnstile matter, and 4,712 unique attendants over the weekend.

The interest in the geek community is continuing to grow, and with events like this, it is expanding further.

For those of you that missed out, the next geeky event will be (likely) be the Ottawa Pop Expo held in November.