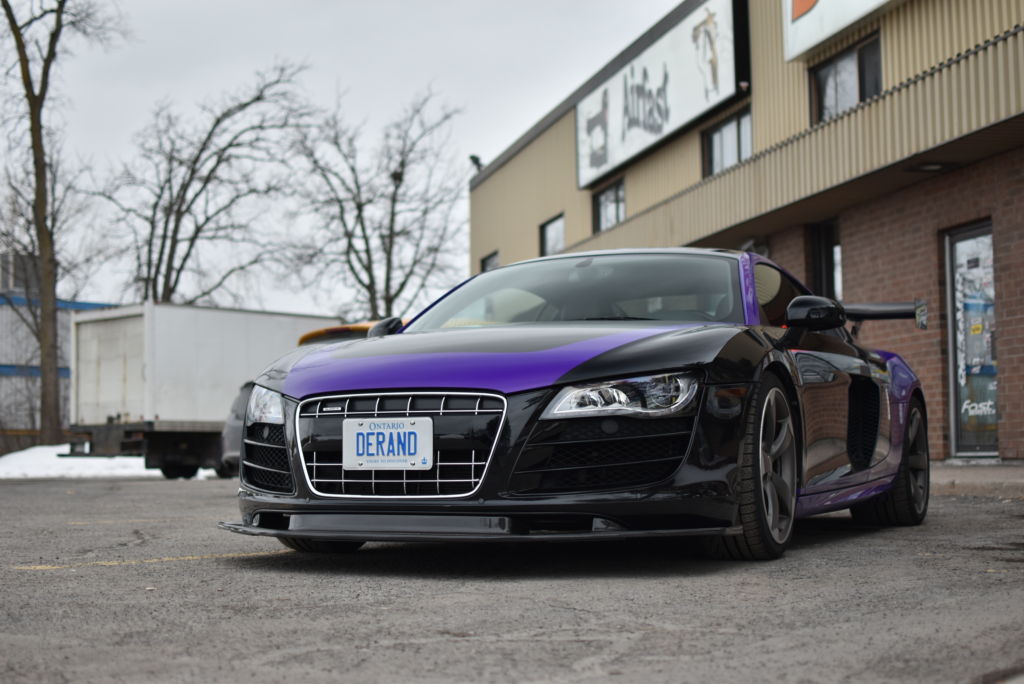 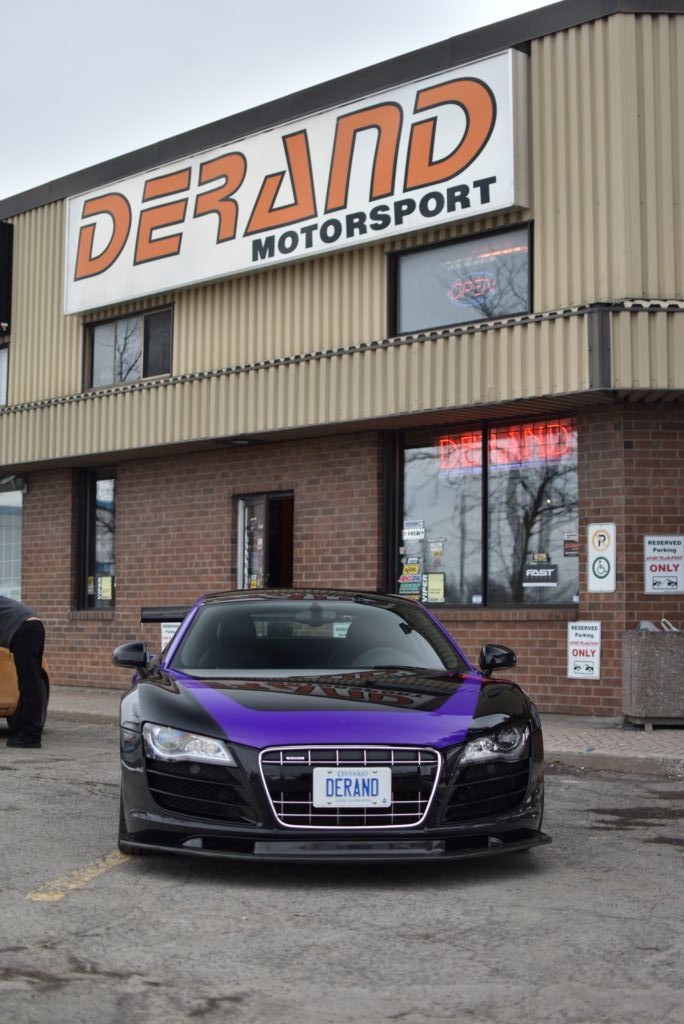 Breaking necks is generally a bad thing. Yet when you have a car that’s capable of turning heads so fast it’s genuinely a risk, you know you’ve done something right. And with spring weather just around the corner, we can be sure that car-loving Ottawans will spend a little more time on the sidewalks to turn their heads.

University of Ottawa student Alex Derouchie and his family know this all too well. They own Derand Motorsports, where everything they do involves four wheels and an engine. “I never wanted to make a career out if it,” says computer engineering student Alex. “What I’m studying has nothing to do with cars, but I’ve always loved this hobby.”

His family does too.

With an array of fast and loud cars at his and his family’s disposal, there is no avoiding it. The Derouchie family indulges themselves in the art of the car, whether it be a petite Volkswagen Golf R with a mean sound and a quick 0-100, or a newly built Audi R8 V10 with a custom black and purple wrap and a massive APR spoiler.

Alex works part-time to help his dad run the local family business, seeing cars roll in and out of the shop and always working on an array of vehicles. “My dad’s been running Derand for over 35 years,” says Alex. “Most everyone in the family including me works with cars, whether it be at dealerships or as mechanics. I work with my dad in sales.”

Their tiny shop has seen a lot and endured tough times to keep the place running, from dealing with the Canada Revenue Agency to trying to keep up with a crashing car market. “We trucked through it,” says Alex. “Eventually our whole family picked the business back up. We were the go-to place for all the trending cars and parts. We had the Ottawa community.”

Soon after, the family picked up a brand new Ford Mustang GT350, and what better way to promote their own business than acquiring their own cars and putting it out onto the scene. “It’s definitely not your traditional way of advertising,” Alex explains. Their motto became the “shoutier” it looked, the more of an icon the car would be.

“It’s definitely helped me network a lot for some personal photoshoots. It’s always cool to meet new folks also who’d want to roll with us to some of the summer meets,” said Alex. “The advantage of working here with my dad and brothers is that we open ourselves to the small car market in this city.”

Now that summer is just around the corner and the petrol head scene is ready to bloom, the family is thrilled to take their beasts to the concrete jungle. “After my dad had his heart attack last year, it put into perspective that goals are meant to be achieved. When we found the dream spec of the manual Audi R8, it was an offer he couldn’t pass up.”

From weekly summer meets at the Red Lobster on Merivale Road, to a massive charity car show held in their shop’s lot, this hobby is one to stick with the Derouchie family. Their elusive and unique cars are sure to build a crowd, especially at this years Meat and Grease taking place on June 24 being sponsored by Derand. “Last year we organized our first Meat and Grease show for all types of cars and enthusiasts, as a way of showing that we appreciate cars and their owners,” says Alex.

The car show, who’s founder happens to be Alex’s little brother Aiden, has been a huge success within its first two years of starting.

“We already have 35 cars signed up for this years event, which is raising money for the Ottawa Heart Institute Foundation,” says 13-year-old Aiden Derouchie.

“The plan this year was to help out the Heart Institute, who on top of being a great cause is also partly responsible for helping my dad get back on his feet and behind the wheel,” said Alex.

Derand admirer and co-founder of Meat and Grease Ben Pontefract is fond of the work the Derouchie family puts into making this city open to the four-wheel wonders.

The 14-year-old starting thinking about creating his own car show in early 2017.

“Last year around this time I didn’t think I’d be able to help host something like this,” said Pont. “When I became friends with Aiden and his family, and they said Derand would host the show I was so happy. Now Aiden and I are the founders of the show. We are probably the youngest.”

Perhaps too young to starting driving the manual six-speed R8, but give or take a few more years and Alex will be helping his little brother drive a wicked car in no time.

Every family has a tradition. Christmas gatherings, yearly outings, camping trips. How many of us can say we’re around obscene amounts of horsepower everyday? “I’ve been exposed to the car scene a lot growing up,” says Alex. “I don’t think this sense passion will be leaving me or my family any time soon.”