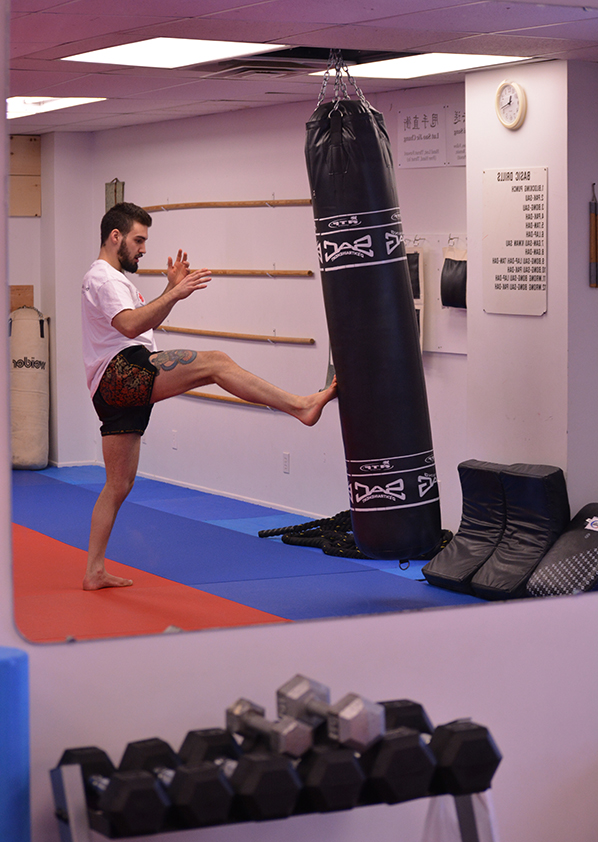 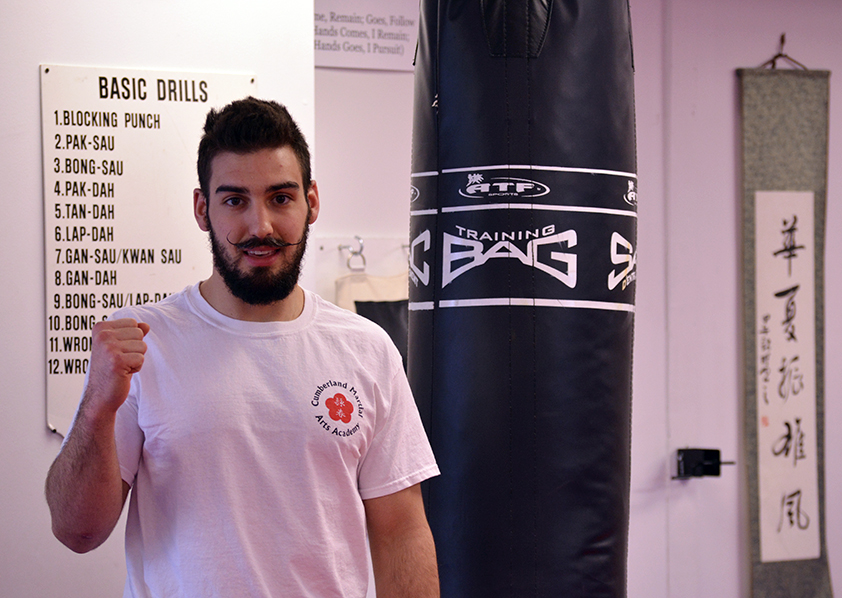 When Sara-Ann Perron showed an interest in kickboxing, she quickly became frustrated with how expensive most places were for what they were offering. Perron, an Algonquin College Event Management student, told her friend, who told her that she knew someone who teaches and she could try a class for free.

“I was hesitant at first because I had never heard of Muay Thai,” she says. “But I was hooked after the first class.”

Her instructor, Nicholas Seguin, has helped her learn through his patience.

“He never makes you feel like less for not knowing how to do a certain thing,” says Perron. “He wants all his students to have a positive experience and that is very evident in his teaching.”

Since elementary school, when a karate teacher came to Seguin’s school during lunch hours, he wanted to be a martial arts instructor. Now 23, Seguin runs New Era Martial Arts, a private organization where he goes into schools and teaches martial arts to kids during lunch hour and does private training on the side. Although he’s taught a range of ages under his brand since 2017, Seguin began teaching in the elementary schools earlier this month.

“I love teaching kids. It’s where I started,” says Seguin. “I’ve never wanted to do anything else.”

“My goal is to have an all-in-one facility,” says Seguin. “Martial arts, after-school program, physiotherapy clinic, weightlifting area and enough room for a cage and boxing ring. I want a place where people can go to train anything and everything.”

Seguin was in middle school when he saw UFC on TV and told his parents he wanted to “fight like that.” His parents said to stick with karate, but he continued down the trajectory of becoming a fighter.

Seguin joined his high school wrestling team and started Brazilian jiujitsu. Toward the end of high school, he trained in kickboxing, Muay Thai and jiujitsu at an MMA gym. He was eventually asked to teach the gym’s kickboxing classes. This marked the beginning of Seguin’s now seven-year teaching career. During that time, he also competed in kickboxing and MMA fights.

After graduating from high school in 2012, Seguin enrolled at La Cité collégiale in their Occupational Therapy Assistant/Physiotherapy Assistant program.

“It was for my parents. They said I needed a backup plan,” says Seguin. “But I knew this is what I was going to do.”

Seguin trained and coached in the MMA gym during his college years. After graduating in 2014, he worked in a retirement home for eight months. During that time, the gym he was training at was bought by a gym owner from Kanata. The two owners butted heads and Seguin was welcomed at the Kanata gym. He taught and trained there for three years, but it was a “toxic” situation.

“We were working way too much for the amount of money we were being paid,” says Seguin. He decided to leave and start running classes out of his parents’ basement.

It was then that New Era Martial Arts was founded.

“I wanted it to be politics-free,” says Seguin. Around the same time, he was hired as head coach of Cumberland Martial Arts Academy. Seguin worked in his basement and the Academy, but the demand for his personal business outgrew his space. After all, Seguin’s business was the only place in Orleans that offered Muay Thai classes.

From there, he made an agreement with the Academy to bring his equipment to their gym and teach under their brand.

His clients followed him to the new location and business continues to thrive. Seguin is one of five instructors at the Academy and makes his wage from the classes he teaches.

“Even with moving to a new gym,” says Perron. “Nich has adapted really well to the change.”

Seguin teaches classes under the Cumberland Martial Arts Academy’s brand and his own business is devoted to the elementary schools.

“Eventually my goal is to move out to a bigger facility. I’m an employee (at Cumberland Martial Arts),” says Seguin. “But I’m hoping when we expand and move out that we’ll merge the brand of the two companies together.”

Keeping up with the ins and outs of business has not been easy, but Seguin has learned a lot along the way. He credits his learning to asking questions, seeking out resources, reading books and listening to podcasts.

And he’s been successful so far.

“The main goal is to grow my business,” says Seguin. “I love teaching kids and it’s a lot of fun. That’s where I started. As a kid, I couldn’t see myself doing anything else except being a martial arts instructor.” 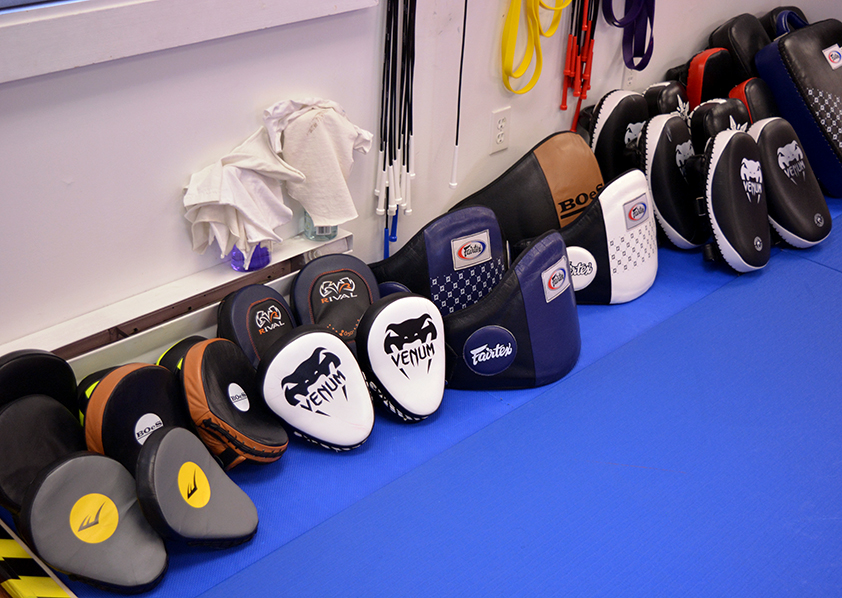