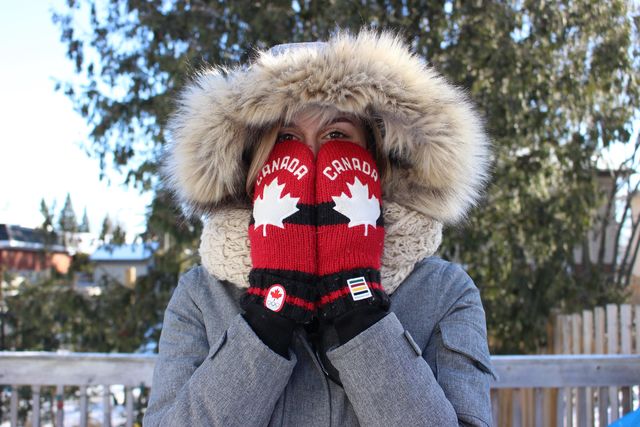 Looking forward to another six weeks of Winter? Neither are we.

According to the groundhog, Wiarton Willie, Ontario will see six more weeks of winter.

Friday marked a special tradition. It was the day Canadians rely on a large rodent, also known to others as marmotas or whistle pigs, to determine the destiny of our 2018 winter season.

Just like every other year, Feb. 2 is Groundhog day, the day that qualified weathermen are replaced by the groundhog. It is the day that the fate of the Canadian winter rests solely on the groundhog and its shadow.

“It’s rather silly and a waste of time,” says Maria Anam, a current Carleton University student. “The media could focus on other things like poverty, hunger. Or the Kardashians.”

Now for people like Anam, this tradition may seem strange and completely ridiculous.Isn’t that what weathermen are for?

But for others, it’s the pivotal moment in which they either decide to pack up their winter accessories for an early spring, or save their pennies for more hot chocolate and their heating bill.

Friday morning, Ontario’s own Wiarton Willie awoke to chants of people awaiting his prediction. He made his debut at about 8:30 a.m. and saw his shadow, meaning six more weeks of winter. Back to the mittens, scarves and dollar store hand warmers.

Previous Willie had passed away last September, so this was Current Willie’s first time in the spotlight.

It isn’t everyday people gather to watch a 13-pound rodent appear out of the ground, so Wiarton Willie gave in extra efforts to entertain the people and media.

Now that the results are in, it is time to get prepared for the next six weeks.

Katie Kozij, a Carleton student, is not happy about the results.

“I’m sad there’s going to be six more weeks cause this winter has been brutal going back and forward from warm to freezing,” says Kozij.

For people like Kozij who are angry and upset about the dreaded winter that is sticking around, we cannot blame it on all on Wiarton Willie. Even for the largest rodent in the ground squirrel family, deciding the future of Ontario’s winter can be overwhelming. It is a hard job to carry, and probably super stressful.

In fact, maybe we can thank Wiarton Willie. There are many things to look forward to in Ottawa now that we have a longer winter. The canal, downhill or cross country skiing and Winterlude are just a few of the things to enjoy around the city this season. Winterlude opened Friday, so the city has plenty of events going on to distract us.

“Even though the weather isn’t the greatest, it’s a fun season. We have a lot to look forward to,” says Erik Onno, Algonquin College student. “We can make the best of it.”