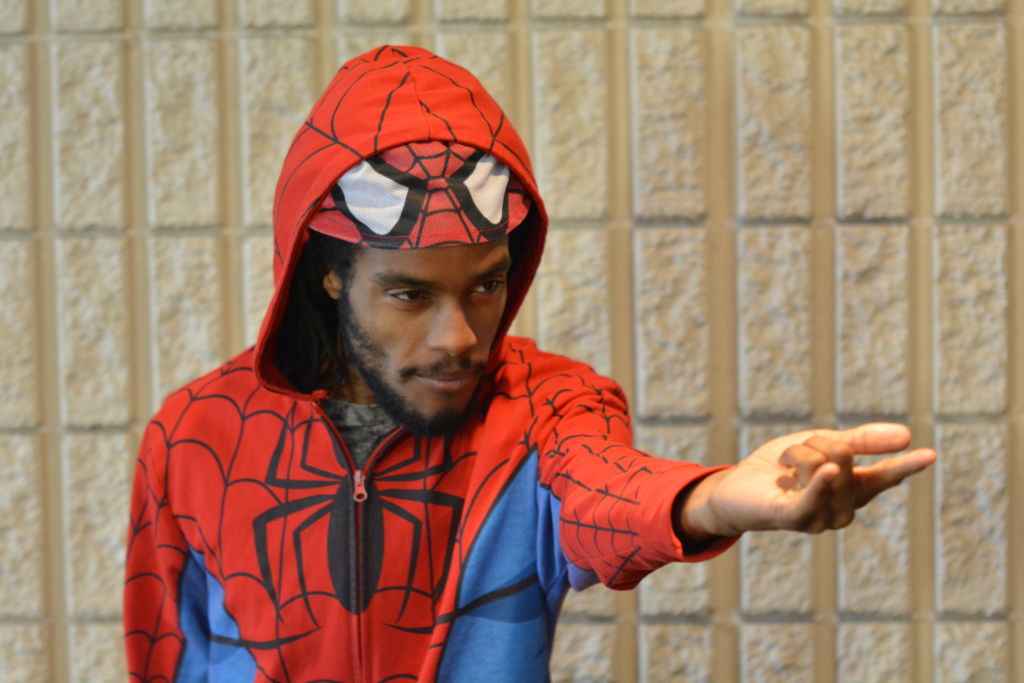 Aaron Johnson as the famous web-slinger.

Ever want to read about gods fighting alongside humans, vigilantes taking the law into their own hands or teams of heroes coming together to fight a common threat? If you take a walk through Myths, Legends and Heroes on Bank Street, you’ll be able to immerse yourself in a universe where practically anything is possible.

While some might see nothing more than childish literature, others see deep, complex and relatable characters. Over the past decade or so, superheroes have evolved from silly short stories to something more a little more interesting. Instead of a pun-spewing joke, Batman became a brooding vigilante who can never find peace because of the constant guilt he feels for the death of his parents. Instead of a walking flirt, Black Widow became a complex spy who has gone through hell and back to become super-weapon against bad guys. There was suddenly something people could relate to in a single character.

According to Rob Zedic, owner of Myths, Legends and Heroes, most people find an interest in comics because they’re unlike anything they’ve ever read. “It’s something outside of the realm of reality,” says Zedic. “There’s always some fantastic power, invention or something in general that people like that’s not tangible in our reality. I think it’s just that escapism that people really like about superheroes.”

But what can connect us to a certain hero? For some Ottawa students, they connect to a certain quality they want or admire in a character. But what about others? Today’s superhero boom in entertainment and otherwise, this can be a revealing and personal question to ask. 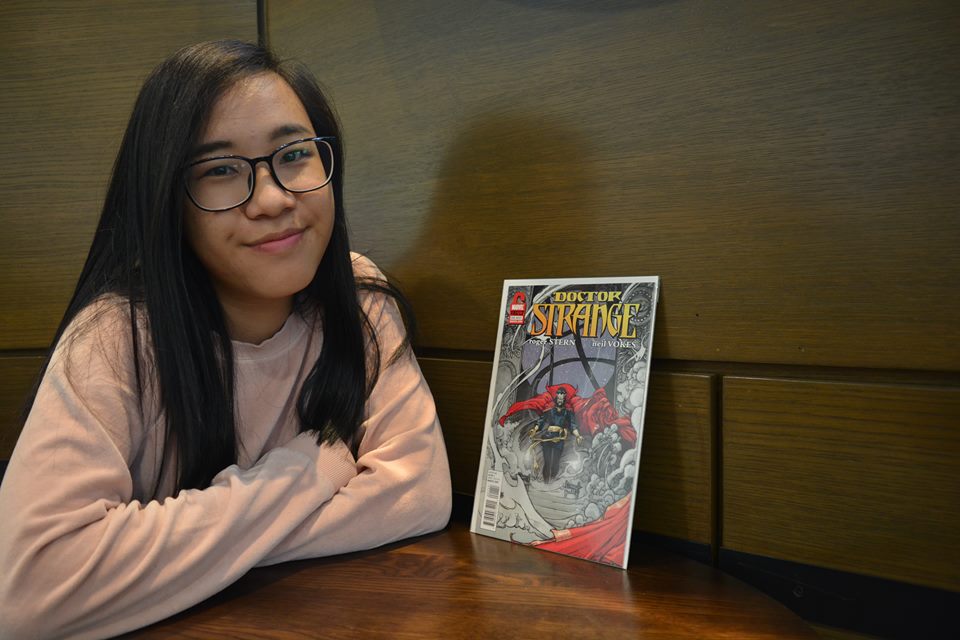 Doctor Strange is an intellectual hard worker who studied hard to become a sorcerer supreme, Lq admires. “Everyone’s like ‘Oh Spiderman got bitten by a radioactive spider, IronMan is super rich’, but Doctor Strange was a normal person who trained hard to be where he is now,” says Lq. “That’s so much more relatable.”

Zedic says that Lq might have a deeper connection to the character because of his story arc from a selfish egomaniac to kind superhero. “The funny thing that a lot of people don’t know – it was way more prevalent in the comics than the movie – is that he not only changed in terms of training but he changed his personality,” says Zedic. 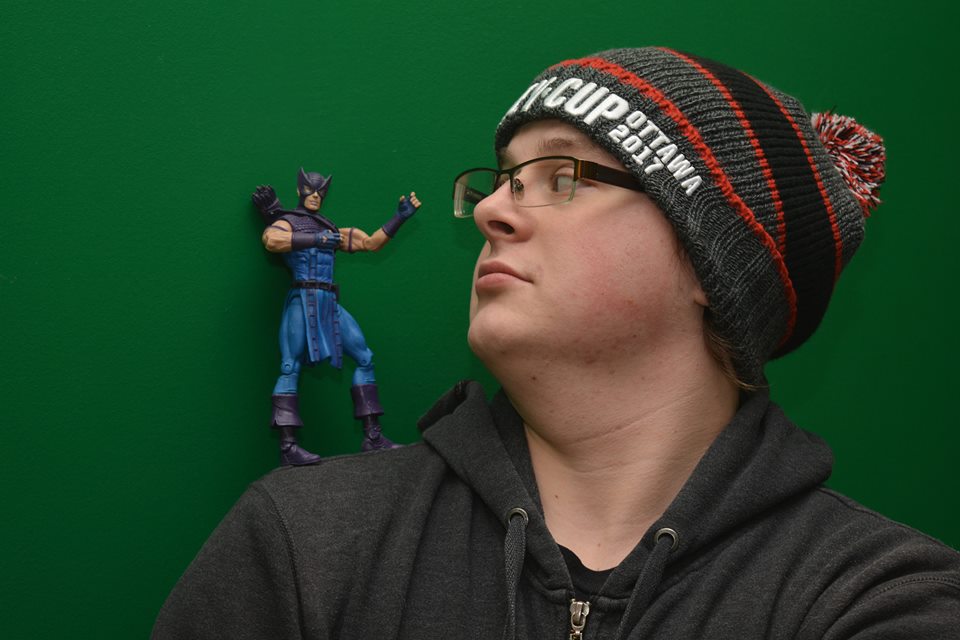 Nick Spence unapologetically admits his favourite superhero is Hawkeye, the one many fans declare as the lesser Avenger. Spence admits that even though Hawkeye is known for not having any superpowers, according to him there is much more to the character that a lot of people don’t see. Spence says that Hawkeye’s personality is very reminiscent of his own. “Reading the comics, he literally gets the shit kicked out of him, but he stays so optimistic and I love it,” says Spence. “In the first issue, he’s all bandaged up and he’s just like, ‘Well, could be worse I guess’.”

Zedic says that Hawkeye is a character that worked hard to become one of the greatest archers in the world. “He can’t rely on power abilities,” he says. “He has to rely on his skills and what he’s trained himself to do not only as an archer but as a fighter to overcome obstacles that super-powered beings could easily fix,” said Zedic.”

Spence admires Hawkeye’s inability to give up and let the weight of his problems get him down. “To be honest, that’s how I’m taking things that are going on in my life,” says Spence. “I’m just like ‘Well you know, could be worse’ and I find that’s affected me from Hawkeye.” 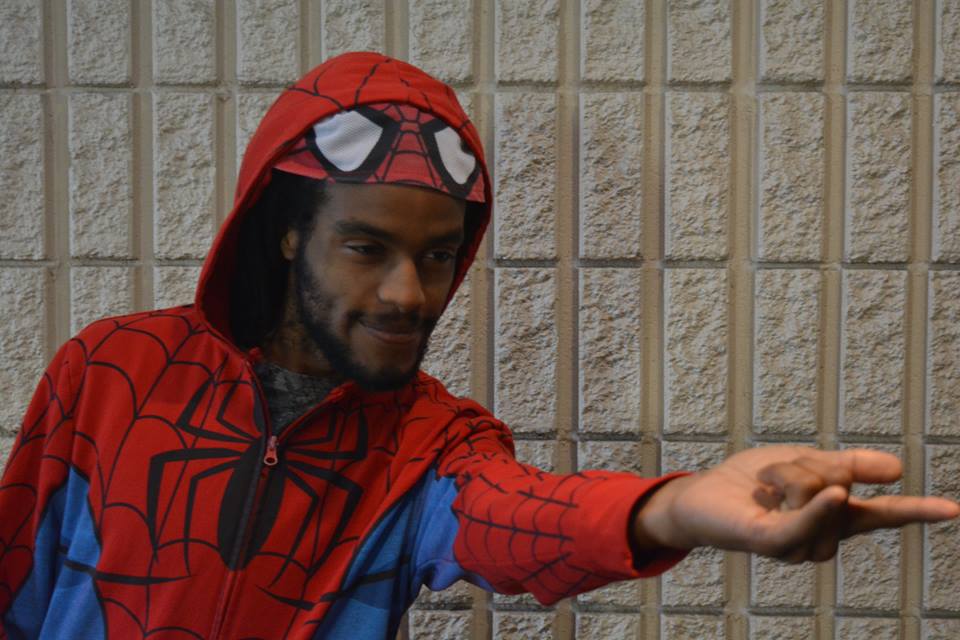 Many ’90s kids grew up watching the animated Spider-Man television show, that nostalgia made Aaron Johnson the mega-fan he is today. “For starters, it was the theme song, I remember singing to that song all the time,” says Johnson. “But after that, I think it was the animation, the actual character for me came afterwards.”

Spider-Man’s ability to use intelligence over brawn was something Johnson admired most. “He didn’t have to use his strength,” says Johnson. “He could think about the situation and get an answer that wasn’t always ‘punch this guy in the face.’”

Johnson says that Spider-Man has influenced him to look at problems with more time and thought. “As a kid, I have taken the time to think ‘What would Spider-Man do?,’” says Johnson. “For me, it was taking a second and looking at a situation and thinking ‘How would Spider-Man see this’ and I knew his actions would usually do best.” 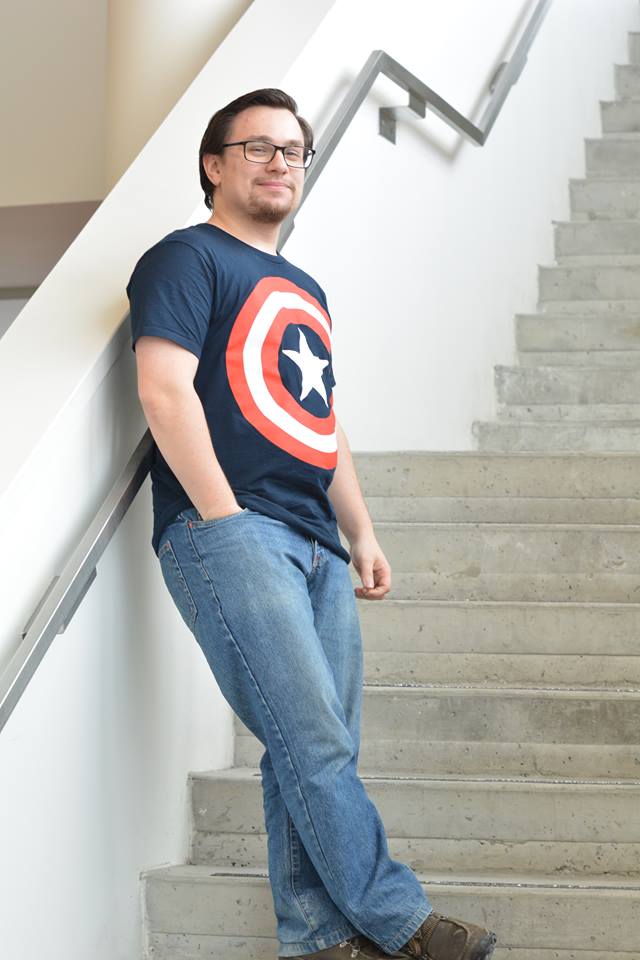 If there is any superhero to look up to, you can look no higher than Marvel’s very first superhero, Captain America. Matthew Perotto says Captain America’s very core represents believing in your own strength to keep your dream alive. “He’s a hero you can look to for inspiration for standing up for yourself,” says Perotto. “In [Captain America: The First Avenger], you see him get beaten in the alleyway and he stills stand against his attacker without fear.”

Zedic says that Captain America is simply known as that hero who is never compromised and always ready to defend those who cannot defend themselves.

With Marvel having a number of upcoming superhero productions from Black Panther to Captain Marvel, it’s clear the superhero genre has a growing fanbase continuing to shape the content we see on theatre screens.