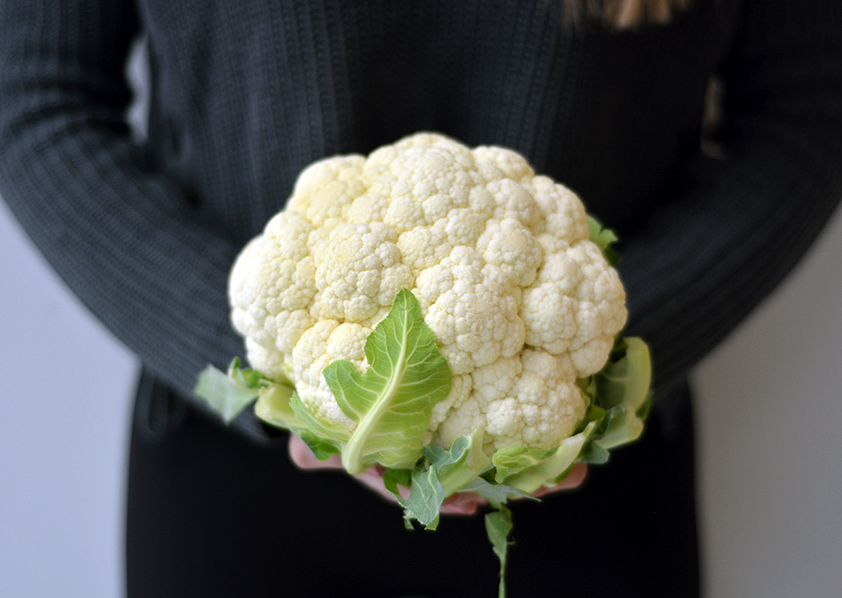 Sometimes the hardest part of being vegetarian isn’t the diet — it’s the non-vegetarians around us.

Like most dads, my dad tries his hardest to find any way he can to pick on me. As he would say, he’s only trying to make me stronger. Naturally, from the beginning, he saw my new vegetable-based diet as the perfect opportunity.

He spent the first few months of my vegetarianism offering me my favourite kinds of meat, bragging to me every time he would eat them and ultimately most often pretending to forget about my restrictions.

Without thought, he would reply with one word: “meat.”

“Oh? But I made your favourite, chicken nuggets,” he’d say.

I would give him the well-known eye roll, sigh and go back to my room and sit in anticipation waiting to see what dish he actually had planned for me. Unknowingly, for the first two weeks of cutting out meat, I had been eating ranch with bacon dressing on my salads.

He of course really enjoyed this and has yet to let that go. Yet still, cutting meat out of my diet was so far one of the smoothest parts of the transition from meat eating to vegetarianism.

The reactions and treatment from others, however, was slightly more difficult than I had expected. When I first decided to become a vegetarian, I often heard from family and friends that I wouldn’t be able to do it.

This wasn’t necessarily because they weren’t supportive, but that they understood what a difficult transition it would be. After all, I had gone from eating meat at least once a day every day to not eating any at all.

With about 12 per cent of Canadians in 2015 who identified as vegetarian, according to statista.com, it’s a good idea for all of us to understand what they go through—and the lack of bacon isn’t always the biggest problem either.

No, I do not miss bacon. Yes, it is possible for me to get protein other ways. I do eat more than simply vegetables. I do not see meat eaters as disgusting people. And finally, I do know what meat tastes like, I have eaten it before.

I have heard it all.

I was never a fan of killing animals for my own consumption. Don’t get me wrong, I never saw meat lovers as bad people or thought they should change their dietary habits too. I simply didn’t like the thought of consuming something that was once a cute living creature.

Transitioning into vegetarianism was extremely hard and in the beginning I felt like I was the only one who knew I could succeed.

I have suffered from the many side effects that come with adapting to the vegetarian lifestyle. I have definitely heard every stereotype, comment and question that could ever be thrown at a vegetarian.

‘But what about bacon?’

I truly never knew how much people loved bacon until I stopped eating it. I’d be rich if I had a dollar for every time someone worryingly asked me if I still eat bacon. “My favourite is ‘I could be a vegetarian if it wasn’t for bacon’,” said first-year Carleton University student, Brooke Toutant.

After being a vegetarian for almost two years and vegan since the beginning of September of 2017, Toutant feels she has heard it all. Although, Toutant doesn’t let the opinions of others get to her. “Not only has my psychological health improved,” says Toutant, “but so has my overall physical health.”

Toutant originally made the decision because of the constant guilt she would feel when eating meat. She remained purely vegetarian while living at home to make the transition easier for her parents, then went vegan once she moved out.

There are many different reasons someone may choose to go vegetarian: a healthier lifestyle choice, cultural or religious beliefs or they just simply may not enjoy the taste of meat.

Or, like me, a strong love for animals. Growing up, one of my favourite ways to spend a holiday was at my grandparents’ house surrounded by family, sitting by the old, freestanding fireplace.

My grandparents’ house also meant I would be able to see and play with their cats, dogs, pigs and even their turkeys. I’m sure you can imagine the confusion I felt when the pigs and turkeys began to slowly disappear. After realizing there were no longer any turkeys, just before sitting down for a Thanksgiving meal, I couldn’t take it any longer. Thanksgiving 2014 was when my mom finally accepted my request to never eat meat again.

Jodi Turnbull, a fourth-year student at the University of Ottawa, has been a vegetarian for four years. She made the decision based on her dislike for meat and her love for animals. “If you don’t need to eat meat for health reasons,” she says, “there is no reason to be contributing to the harming of sentient beings.”

Turnbull understands that much like any dietary restrictions, there can be both positive and negative effects. “I personally feel more energized, happier and I’m contributing less to the harm of other living things. It’s a win-win,” she says. “Plus, I don’t think the standard American diet is doing this continent any better than vegetarianism.”

Although Turnbull has seen positive changes, it wasn’t always this way. When she first started to transition into vegetarianism, Turnbull noticed her weight increase due to her new high carb diet. This lead her to consider giving up at times and always feeling sluggish. “I would suggest to anyone moving towards giving up meat, don’t forget about the importance of healthy fats and balanced macronutrients,” added Turnbull. 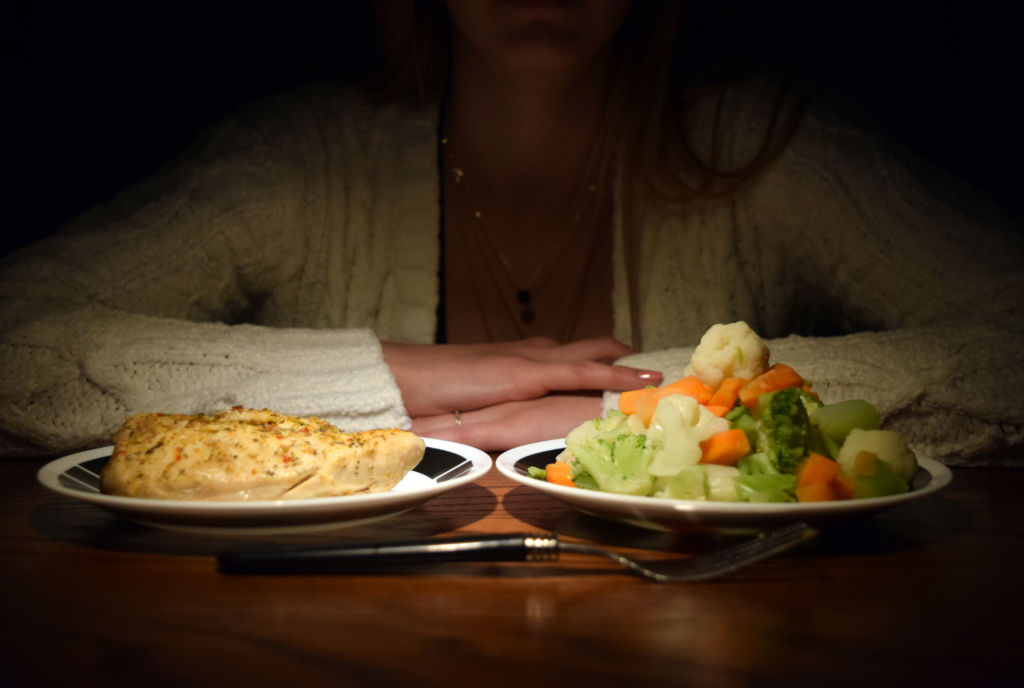 As much as I hate to admit it, vegetarianism hasn’t been all fun for me either. The first little while was fine. I pretty much felt the same and the only problem I had was finding a variety of foods to eat. A few weeks in, I found myself feeling tired and lacking energy, which was extremely rare for me.

It hadn’t taken me long to realize that I made the mistake of not thinking my new diet through. I hadn’t thought of ways to maintain my health. In particular, I let myself ignore what my body needed and eventually began craving protein and iron, some of the main nutrients found in meat.

I haven’t been fully successful like Turnbull, I must admit I have seen a lot of improvement since I started. Over the past three years, I have learned to love food that I never thought of trying before becoming a vegetarian. I have added more and more vegetarian “meats” into my diet, such as vegetarian bologna and veggie nuggets. I also take vitamins to supplement what I am missing.

Although I am unfortunately still far from where I was before, I know that if I push through my picky appetite I am capable of living a healthy life as a vegetarian. “With the amount of research you can do for meat alternatives, recipes and all, I think it definitely is possible to live a healthy life,” said Breanne Simon, a first-year student in Geographic Information Systems at Algonquin College.

Simon has been vegetarian for four years now and has tried a long list of vegetarian dishes she never knew about before. “There are even festivals that are catered to vegans and vegetarians,” says Simon.

Vegetarian dietary options do not lack in variety. Vegetarians are not limited and can easily be just as healthy as someone that eats meat daily. Even with the negative effects vegetarianism has had on my body, I do not regret my decision. Sure, much like other vegetarians, I sometimes crave meat and have thought about giving up. However at the end of the day, I don’t see any reason to go back to eating meat.

Every holiday at my grandparents house is now spent with a small plate consisting of a bun, pickles and maybe some cheese. But joke’s on you, meat eaters: I have plenty of room for dessert.

I am happy that I leave their house knowing I did not partake in the consumption of my friend from my grandparents’ backyard. I feel good and am proud to say I have gone three years without consuming something that was once living.

Happy three years to me and my animal friends. Here’s to many more.