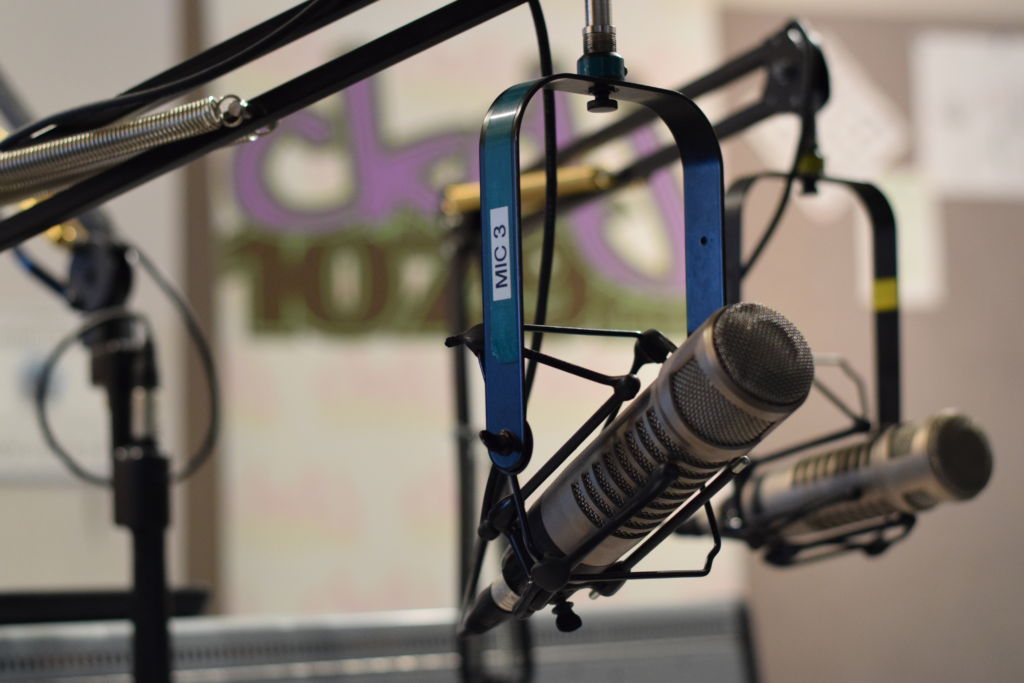 With over 15,000 stations, American radio is a super-sized behemoth compared to Canadian.

“Have you heard the latest news about Charlie Rose?!” The radio personality screamed at me as I drove past yet another sky-high McDonald’s sign on my way through Michigan.

Why yes. Yes, I had. Only every time I switched radio stations, which was constantly.

I patiently waited for the presenters to finish giving their two cents on yet another sexual harassment story and prayed whatever came next wasn’t what I thought it would be.

“In other news, Donald Trump has taken to Twitter…”

I smashed the off button and wondered if the countless dead deer I drove by had also been subjected to repetitive American radio before deciding to end their misery and answer the question, “Why did the deer cross the road?”

The first 15 hours I spent in America, driving to visit my sister’s family in Madison, Wis. might as well have been spent on another planet. Mile after mile, I became exhausted by scanning through the stations trying to find someone who wasn’t talking about assault or Trump. I thought to myself, “Toto, I’ve a feeling we’re not in Canada anymore.”

Dan Mellon, professor of Radio Broadcasting at Algonquin College describes “syndicated broadcast” as what I was probably hearing.

“A lot of stations have one person that works for them and the rest is pumped in from another market,” said Mellon. “You’re hearing these satellite services coming from one station and sending it out to a bunch of others.”

With over 15,000 stations, American radio is a super-sized behemoth compared to what’s available on Canadian airwaves, which offers less than 1,000. It’s no surprise that the market is more competitive in the US, forcing stations to chat about popular subjects that will attract listeners.

As I passed Chicago, I yearned for the type of radio I didn’t know I enjoyed so much in Canada. The CBC. The local news. The variety. With a pounding headache and a sore ass, I turned off the radio and spent the rest of my drive counting down the miles.

Needless to say, I downloaded several podcasts for my drive back home. Instead of listening to the repetitive droning of the radio, I opted for five straight hours of “Young Charlie Manson” and the rest in near silence.

Once I crossed the border, I embraced the sweet medley of Canadian news-talk radio and thanked my lucky (50) stars for surviving the long trip.