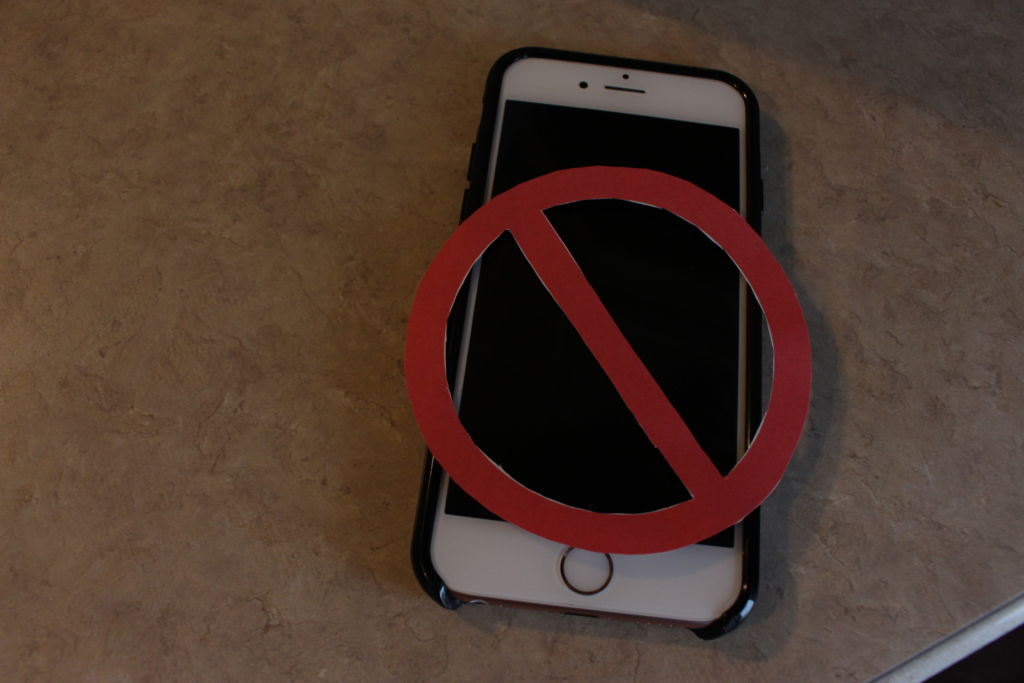 This might seem odd, considering we live in a world where almost everyone uses a smartphone, and according to Catalyst, in 2015, 55 per cent of Canadians owned a smartphone, with an expected yearly increase of 24 per cent.

So why would I do this?

One of my pet peeves is people who seem to be attached to their smartphones. I can’t stand it when a room is silent because everyone is scrolling or texting instead of interacting with the people in front of them or when people spend more time taking pictures or videos documenting what they are doing instead of actually living it.

While I don’t believe I am as attached to my smartphone as others, I wanted to put myself to the test.

And I’m not alone.

Ireb Lomna, a brand management graduate from Algonquin College says he didn’t get a smartphone until his third year of college.

“I had to get one not because I wanted it but more for the fact that everyone around me – whether they were my parents or friends – insisted that I should get one,” he says.

Lomna says he was trying to stay away from smartphones for so long because he has seen the addiction people have to them.

“It seemed like phones were an integral part of life for everyone else and they were getting attached to it,” Lomna says. “Like breathing and eating, they couldn’t live without texting or opening social media.”

Jennifer Lynn follows a similar lifestyle. The first year social services student at Algonquin has a flip cell phone that she only uses for emergencies and a tablet for social media and messaging friends.

“I use my wifi device for social media and for messaging my boyfriend over Kik,” says Lynn. “Since I use it for only those things, I have no use for my cellphone. I also see it as social media does not benefit me when I am out running around. That is the stuff that can wait until I am in my home or at the school where the wifi can be used.”

I began to understand why they choose the lifestyle they do.

When I set my alarm clock to go off at 6 a.m. the next day, I instinctively went to grab my phone.Usually, after my alarm goes off, I scroll through my phone as a way to wake up before I get out of bed. Remembering that I couldn’t do this, I got out of bed immediately.

Before I leave for work, I go to Starbucks and to make sure I’m not late, I order a drink through the app on my phone. When I get to Starbucks, the drink is already waiting for me.

Since I couldn’t use this luxury, I left my house earlier than usual to get a latte the old-fashioned way. Luckily the lineup and the wait wasn’t long, but since I didn’t have my phone to check the time, I speed walked over to my work hoping I wasn’t late.

It was during my break that I realized how useful my phone is. Without the use of my phone to entertain me, I spent 15 minutes with nothing to do. And since there is no clock in the room, and I didn’t have my phone to check the time, I had to wait to be paged to head back to work.

Later on during the day, I saw friends who constantly had their phones in hand, checking it for meaningless information instead of enjoying each others company and viewing their surroundings. That’s something that Lynn can relate to.

“I do notice that being someone that has no use for devices when I am out shopping or out for dinner that people are always on their phones,” says Lynn. “So I will say that I do feel some pressure especially when I am in a social situation and everyone is busy looking at their screens. I have nothing to look at, so I start a conversation with someone.”

Both Lomna and Lynn agree that they could easily go 24 hours without their phones, saying that life is more enjoyable without it.

And as the 24 hours were up and I turned on my phone to an explosion of text messages, social media notifications and e-mails, I realized that as much as it’s fun to use a smartphone, I wasn’t missing out on anything.

“This world is so beautiful, and the people that always are glued to their screen don’t seem to take the time to stop and smell the roses, “says Lynn.

“When you look at a birthday party when an individual is about to blow out the candles, how many people need to film it? Same thing with being at a concert, this is a famous person you may only get to see once in your life, put the phone away and listen to their music and enjoy your time with your friends.”