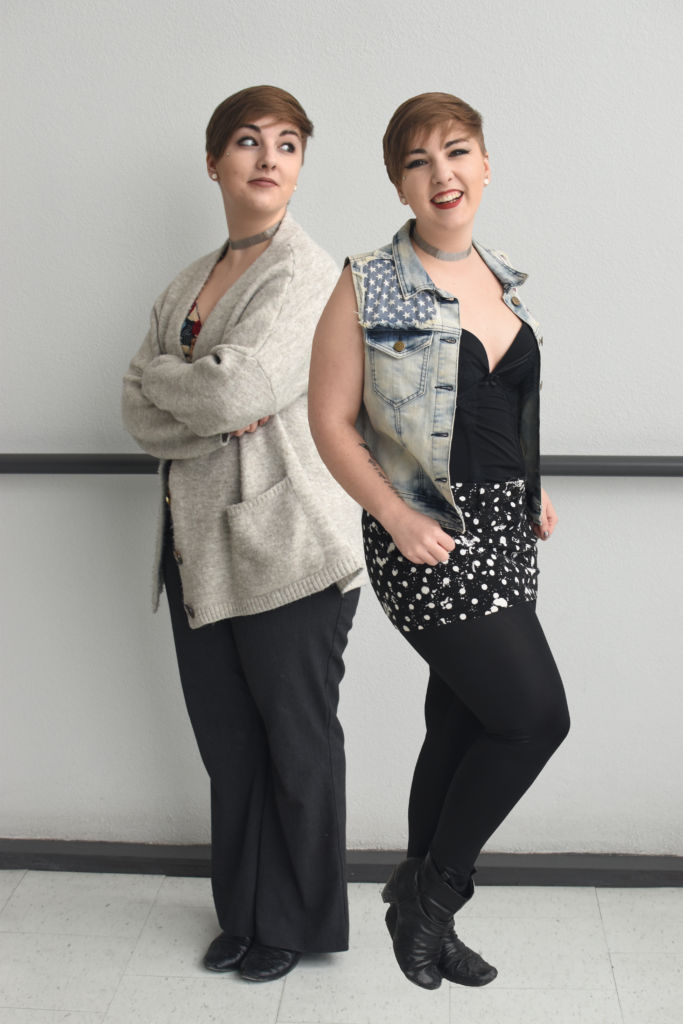 From the moment I took off my coat on the morning of Feb. 7, I felt the stares. As I walked down the halls of Algonquin College on the way to my weekly Glue staff meeting, I was hyper-aware of people’s eyes trained on me. When I showed up at school in an extremely low-cut corset, a mini-skirt, tights and heels, I expected a reaction. What I didn’t expect was how quickly I’d notice it, or how flagrant the reactions would be. My tattered denim vest didn’t do much to cover my exposed chest and people were noticing.

I’m not normally one to dress so provocatively. In fact, most days I try to carry myself with a sense of professionalism. But recently I began asking myself, what is professionalism?

As the end of the school year creeps closer, a lot of post-secondary students have one thing on their minds: finding a post-grad job. A huge part of that is knowing how to look professional in the workplace and wardrobe is a notoriously important factor, even in today’s age of celebrated individualism. I decided to see if the clothes I wore would really change how people perceived me.

On my way to Starbucks for my morning coffee, a guy frowned and shook his head at me as he passed. While I waited in line, an older woman behind me gave me what felt like a soul-withering glare of disapproval. She furrowed her eyebrows and the side-eye was real.

When I finally got to the counter, I asked Erin Byers, the barista, if she’d hire me based on my outfit. She gave me a sheepish smile and laughed awkwardly. “It depends what you’re applying for,” she said.

Then she mulled more. “No,” Byers said. “It’s not professional. I was taught that professionalism is looking clean-cut and well-put together.”

Diane Banks, a faculty marketing specialist at Algonquin, says that if you’re going to be in the public eye, people will care how you present yourself.

Algonquin’s public relations department asked Banks to create a guide to help students build successful careers. When they asked her to include simple wardrobe tips such as ‘don’t wear provocative clothing, don’t wear too much makeup, be clean and brush your teeth,’ she could hardly believe that wasn’t too obvious.

“It’s important to have discussion about what is proper work attire,” Banks says. “At the bare minimum, business casual is what it should always be. Before you go to an interview, phone and ask about the dress code if you can’t find it on the internet. But no one checks that anymore. They just don’t know.”

At around noon, I was leaning against a locker, texting, when to my surprise I was approached by a male stranger.

“Hi, can you point the way to the graphic design department?” When I did, and the guy didn’t leave, I stared awkwardly at him. “What’s your name? What program are you in?” he asked after a long pause.

He proceeded to tell me his name and all about his program, his upcoming midterm and how much he enjoys his program. Let the record show that random people usually never approach me like that. When the curiosity became too much, I asked him outright what he thought of my outfit.

“I love it,” he said with a grin, slowly looking me up and down.

Throughout the day I noticed a lot of women in the halls would avert their eyes, while men were more likely to try and make eye contact. I decided to ask some people I met what they thought I do for a living based on my outfit.

“You definitely stand out,” Archibald says. “I only say that because it’s probably a conflict of interest if you’re blasting your style in a professional environment where everyone dresses the same.”

Stephanie Taylor-Baptiste graduated from Algonquin College’s journalism program five years ago. Now she’s a branch manager at TD Canada Trust in Kanata and she has plenty of experience hiring people. Taylor-Baptiste knows exactly what she’s looking for in a first impression: someone who puts time into their appearance to show they care about making that impression a good one.

Even more importantly, she also knows exactly what she’s not looking for. There are red flags that will immediately turn her off and according to Taylor-Baptiste, first impressions are based on looks, not necessarily performance.

“The first thing that would turn me off is body language,” she says. “If someone is sitting there slumped, not paying attention, it’ll really turn me off. You can really tell the difference between someone who cares about the interview process versus someone who doesn’t. I always say to dress and act for the job you want, not the job you have, because that’s how people perceive you. If you’re looking to move up and make an impression on people, make sure that impression is that you’re ready and willing and able.”

At around 2:30, I caved and escaped to the washroom to change my outfit. I put on a pair of dress pants, a blouse and a cardigan, fully intending to spend the rest of the day reporting on people’s reactions to my oh-so-professional look. As it turns out, there was absolutely nothing to report. Immediately the stares stopped and I faded into the background once again. There were no tut-tuts of disapproval, no one approached me to make awkward small talk and I felt a lot more confident. When I spoke to people, they actually looked me in the eye.

As a journalist, I want to be taken seriously in the workplace. When I’m trying to tell a story I want that to be what people focus on, not my clothes (or lack thereof.) I want to feel confident. I’m all about self-expression, but there’s a difference between what’s appropriate to wear at the club and at the office. Even in our progressive society, it’s important to know the difference.