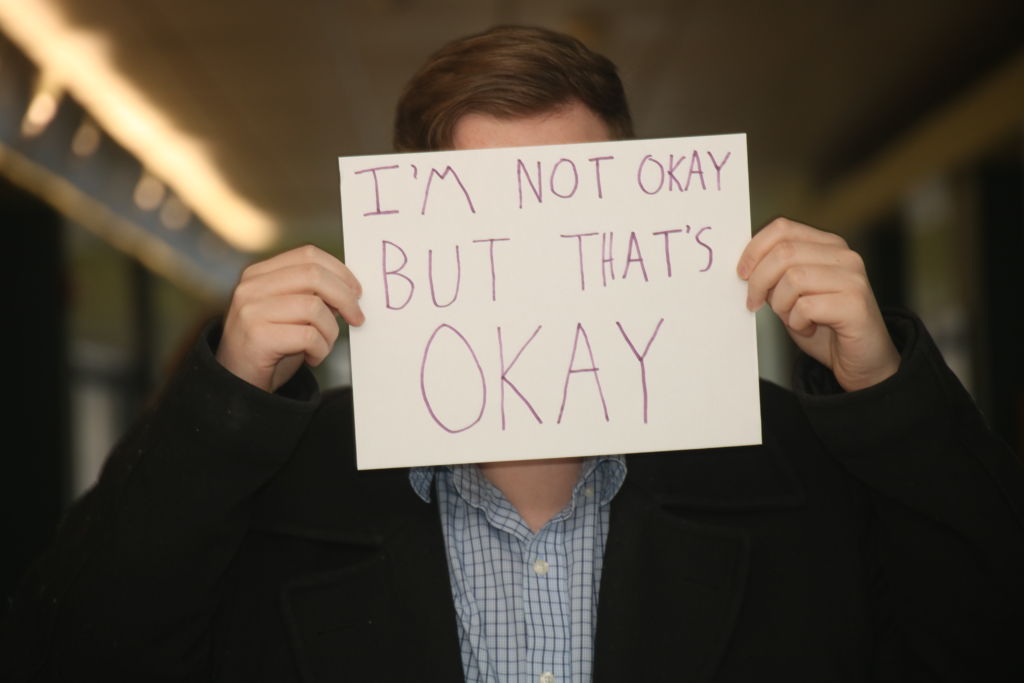 The more that I think about how to write this, the more difficulty I am having, and I think that sums up the discussion about mental health better than anything else. Mental health is a delicate topic to talk about, especially for someone that hasn’t shared my experiences with anyone before.

Jan. 25 was Bell Let’s Talk day, a day dedicated to encouraging people to speak out about mental health in order to break the stigma. Although the event has been going on for multiple years, there is still a hesitation when talking about mental illness.

The problem with Let’s Talk is that it doesn’t encourage a continuous conversation. People talk about it for a day, or maybe a week, but if it isn’t something that affects them personally, that is where it ends.

The thing is, mental health does affect everyone in some way or another.

When I spoke with people about mental health, they were always able to mention at least one person they knew that has had some sort of interaction with mental illnesses.

Take Zena Bonato for example. The first time that they started noticing the symptoms was when they were about eight years old.

“I just thought it was how all children were,” says Bonato.

Bonato did not have the same welcoming environment that people have today when trying to talk about having a mental illness.

“I’d been trying to reach out my whole life but my parents never really believed me. They thought I was acting out or pretending to be sick because of bullying that had been happening my entire elementary to high school career,” says Bonato. “The stigma has definitely lessened since I was younger. Before it was like ‘don’t talk about it, keep it quiet’ but now it’s becoming almost normal to talk about mental illness.”

Bonato says that the biggest thing that the media can do is show mentally ill people in television, movies or comic books as normal people.

That being said, not all conversation in the media has been beneficial.

“Definitely stop categorizing everyone who commits a heinous crime as mentally ill. Not all of us are bloodthirsty monsters,” says Bonato.

Some people still aren’t comfortable talking about mental illness with the people closest to them – their families.

Jane Callaway* has been dealing with her mental health since the age of 13.

“I still don’t talk about anything with my family for fear of being judged. With my anxiety especially, I know their response would be ‘suck it up’ or ‘just get over it,’” says Callaway.

While she doesn’t talk about her mental health with her family, she still believes that the most important thing is talking about it.

“I think the best way to remove the stigma is by talking about it through events such as Bell Let’s Talk. Until everyone knows and accepts that anxiety is not a sign of weakness I feel like there will always be stigma around it,” says Callaway.

Callaway suggests talking to a friend or someone that you trust if you want to reach out.

“Many of us are (so) good at hiding our struggles with mental illness that we forget we are not alone and that almost everyone has been touched by mental illness in some way,” says Callaway.

While not everyone has experienced a mental health concern for themselves, chances are they know someone that has.

Katherine Van der Ploeg spoke about a friend of her family that was dealing with depression.

“It was definitely difficult seeing my dad, since (the person) was close with my dad, kind of go through being his friend. As far as how they dealt with it, my dad was visiting him in the hospital once a week, as often as possible,” says Van der Ploeg.

It’s not easy to talk to people about such a delicate subject. I would know, having lived with mental health issues for the past four and a half years now. It is important to talk to trusted people about what is going on because even if they haven’t gone through the same exact situation as you, they may have some helpful advice.

“Mental illness can be scary and a lot of the time you’ll feel like you’re alone. It’s important to never stop talking about it so other people know that there are others experiencing the same things as them, and that there’s support systems that are available to them,” says Bonato.

It’s never going to be easy to tell someone that not everything is fine or that you want help, but it will be easier than starving yourself, being exhausted because you can’t sleep, having regular anxiety attacks or thinking about suicide.