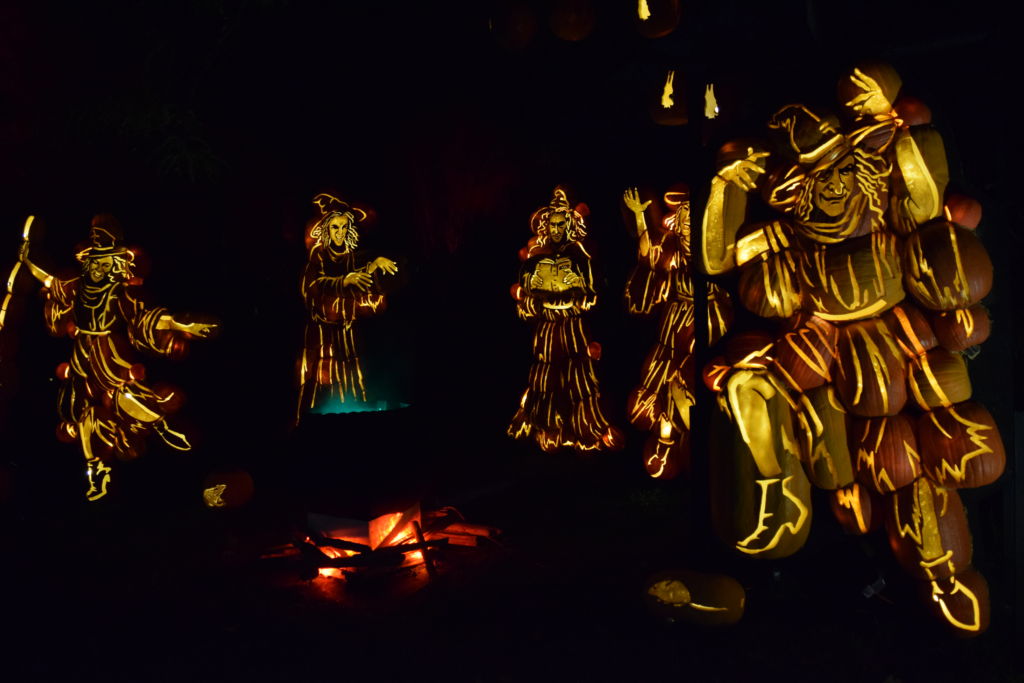 Upper Canada Village is a place most students in Ottawa are familiar with. Chances are, you probably went there on a boring field-trip in elementary school to learn about ye olde pioneer days.

I have nothing against history. It’s just not the most riveting topic for the average nine-year-old.

But what if I told you there was a time of year you could visit the heritage park and learn absolutely nothing, and just bask in the glow of over 7,000 jack-o-lanterns?

It’s called Pumpkinferno, and it’s exactly what the title suggests.

Every October since 2012, Upper Canada Village turns into the Winterlude of Halloween. The park is lit almost entirely by the candlelight of pumpkins.

Most of the pumpkins you see actually aren’t your favourite autumn fruit. 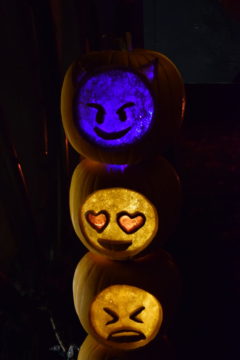 The majority of jack-o-lanterns are carved from moulds of real pumpkins, which shouldn’t dissuade you from checking the array of expertly crafted squash.

It may be kind of difficult to conceptualize the idea behind this dimly-lit tour around pumpkin heaven, but you get the appeal as soon as you enter the park’s first attraction. You find yourself on a small bridge, from which intricately cut pumpkins hang like beaded curtains.

The sounds of digital shutter clicks and oblivious laughter fill the air as students take selfies and — despite pleas from parents — children run around giggling and poking the jack-o-lanterns they’re not supposed to touch.

You feel those cozy fireplace vibes lighting up inside you immediately. T’is the season.

Despite the ubiquity of do-it-yourself sites on the internet, looking at these spooky art pieces at Pumpkinferno is a great way to come up with ideas for home projects.

“This is a great place to get inspiration for pumpkin carving. I would even argue that it’s better than Pinterest” she said with a laugh.

This isn’t your grandparents’ Halloween party either. Sure, there’s a ton of quirky jack-o-lanterns sitting around the park, but the best parts are themed exhibits and sculptures made from several pumpkins that you really have to see to believe. 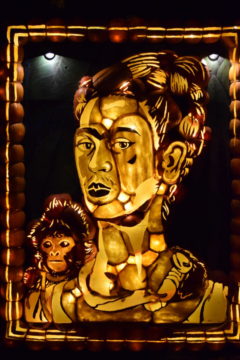 Baby-boomers can shed a nostalgic tear staring a kitschy new exhibit that’s basically a very loud 50’s inspired display. There are sculptures of jukeboxes, motorcycles and your favourite American diner mascots, like Elvis Presley and Marilyn Monroe. It’s a little disruptive, since you can still hear Elvis’s Jailhouse Rock playing on loop even after you’re a quarter-kilometer away from it.

Another new addition to the event is an exhibit called Night at the Gallery. In it, you walk a trail surrounded by jack-o-lantern recreations of famous portraits in art history. There’s a lot of celebrated portraits like the Mona Lisa and the American Gothic, but there are some lesser known works like Frida Kahlo’s Self-Portrait with Monkey and Parrot, complete with pumpkin sculptures of her animal friends.

For Ariel Ilic, the exhibits are the heart and soul of the park.

“My favourite part is seeing what new exhibits they have and old favourites,” said Ilic. With a B.SC in ecology and a recently acquired forestry technician diploma under her belt, Ilic’s most cherished exhibit is no surprise. “I always love seeing the Butternut Tree of Biodiversity.”

For students, the scariest part of Halloween is something that splinters their minds throughout the entire season: midterms.

McAuley’s a student doing her master’s of science at the University of Ottawa. She says the event is definitely relaxing and a nice escape from school.

“It’s a fun way to get into the Halloween spirit,” said McAulay. “It’s also not scary, which makes it a great alternative to haunted houses.”

“The whole atmosphere provides and an escape for me since I get to have a nice stroll and appreciate all the beautiful pumpkin carvings,” says Ilic. “For an hour or two, I don’t have to worry about school, work or stress. It’s a great way to unwind this time of year.”

The idea of unwinding Ilic speaks of is integral to Pumpkinferno. Most Halloween-themed events and parks have a plethora of ways to spook the pants off you. This place doesn’t get any more intense than those cute Halloween specials you grew up watching on YTV.

If you have a group of friends willing to head out into the countryside and walk through halls of blushing jack-o-lanterns, Pumpkinferno is a no-brainer. Just remember that no matter how warm and fuzzy you feel inside, you’re still hanging out at a place called Upper Canada Village. In other words: it’s pretty darn cold.

Of course, it’s still cold in the park itself, but it helps to stare at glowing pumpkins to take your mind of the chills.

The event is open throughout all of October, with adult tickets costing $14 plus tax. 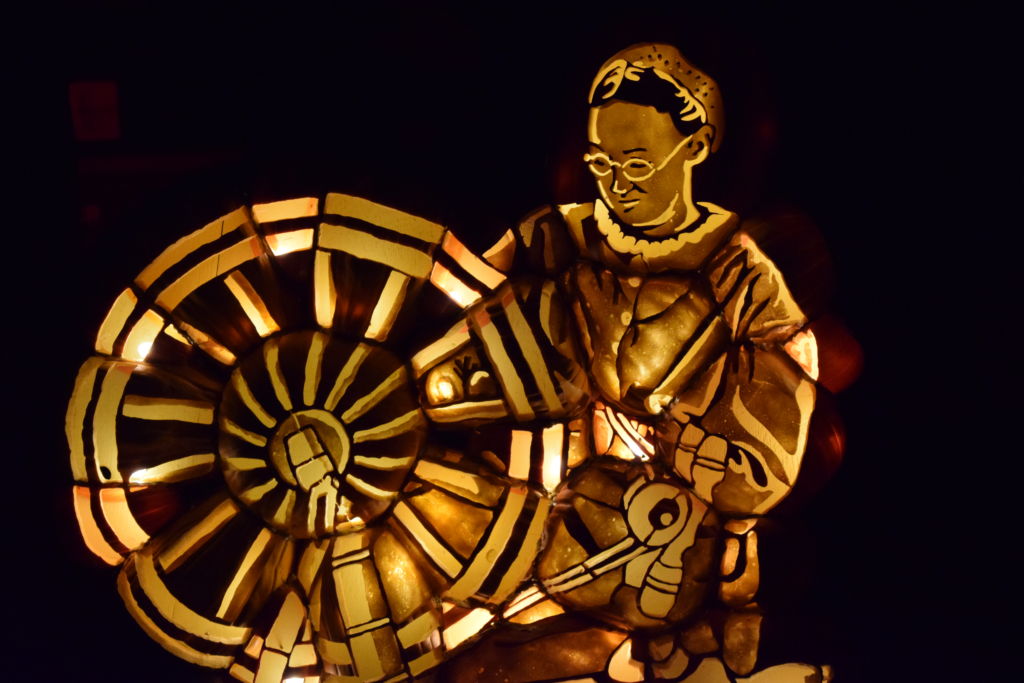 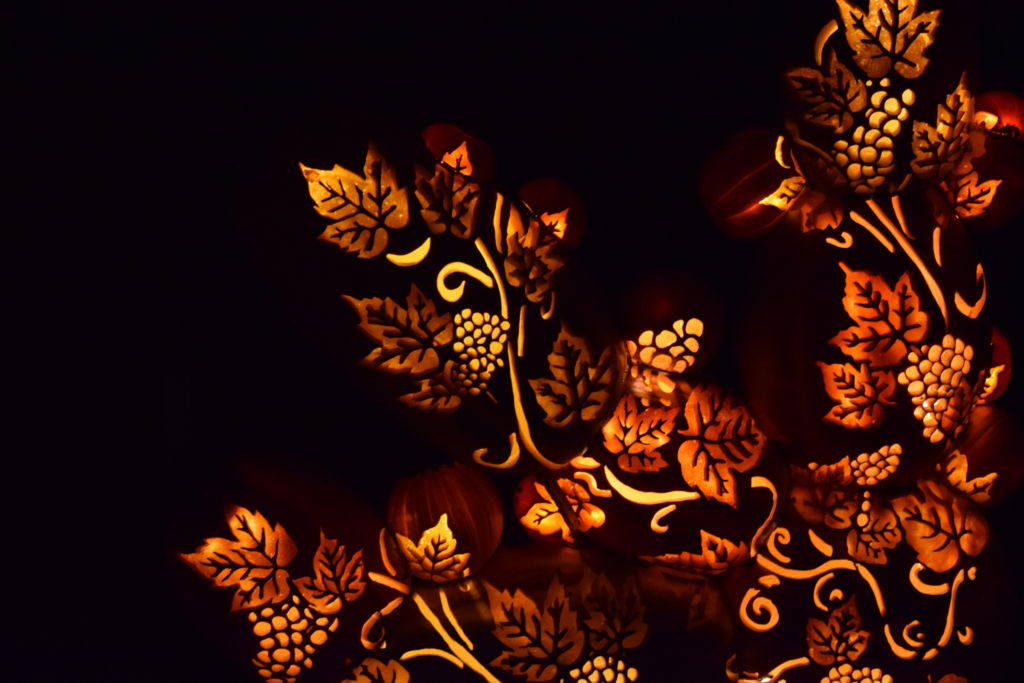 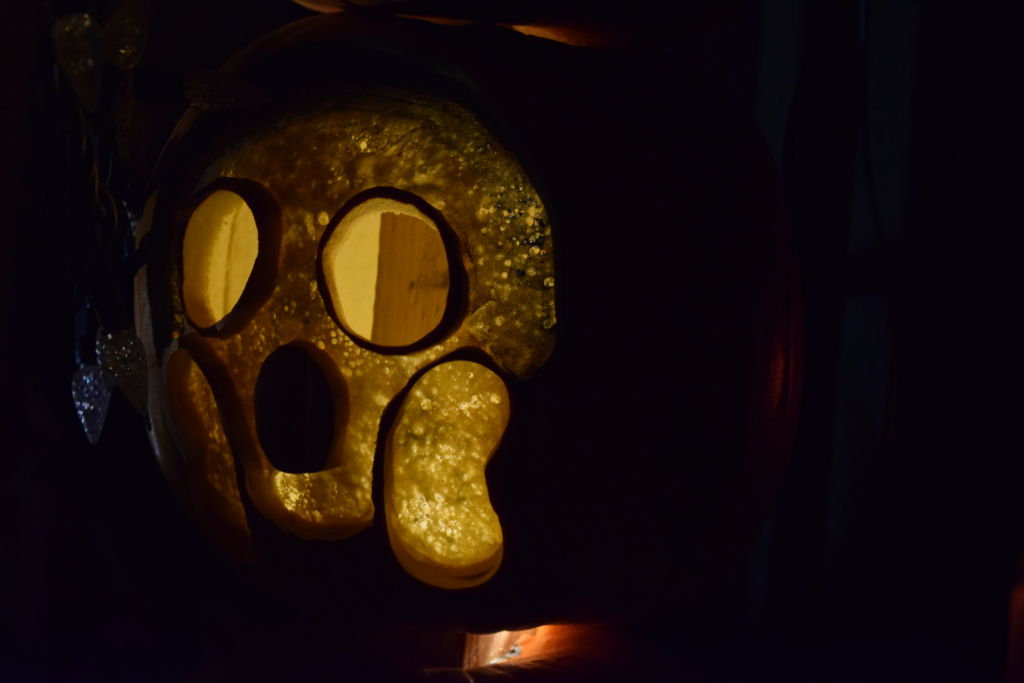 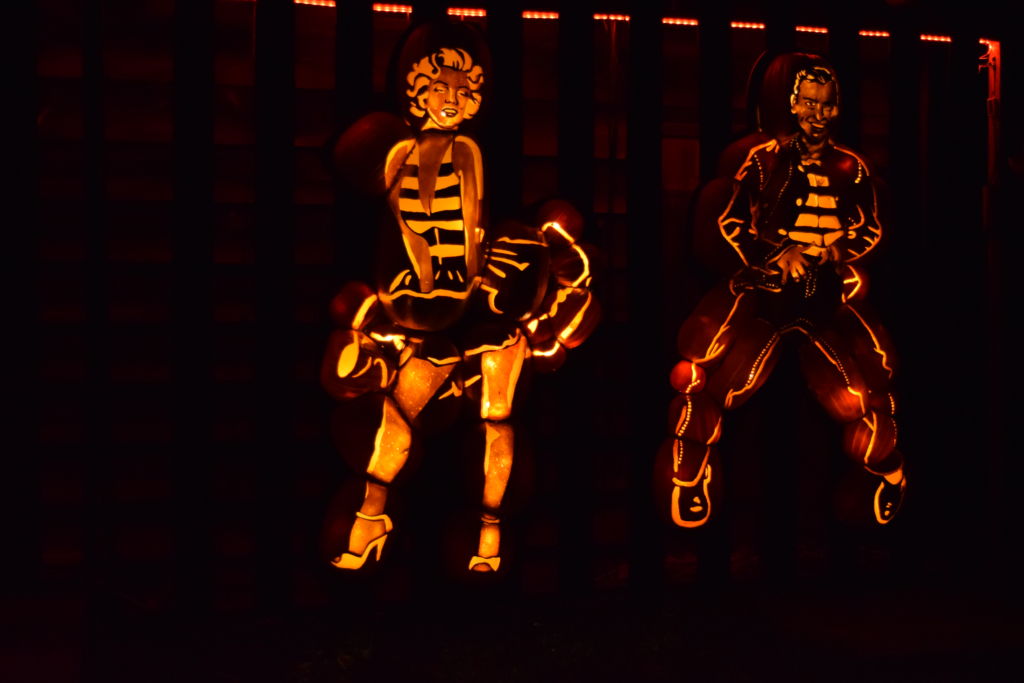 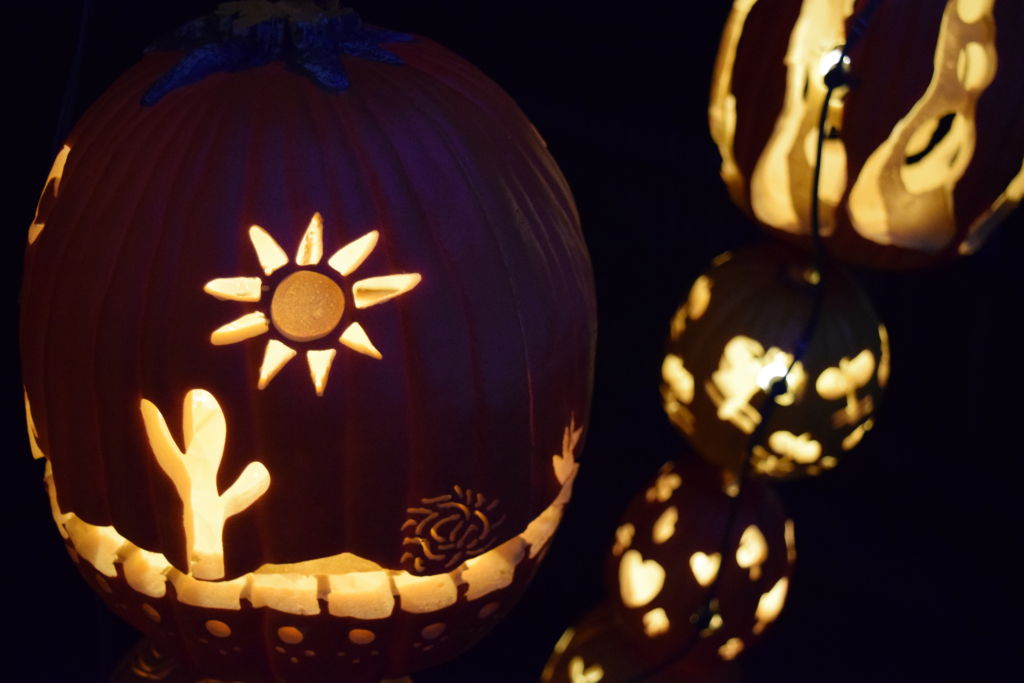 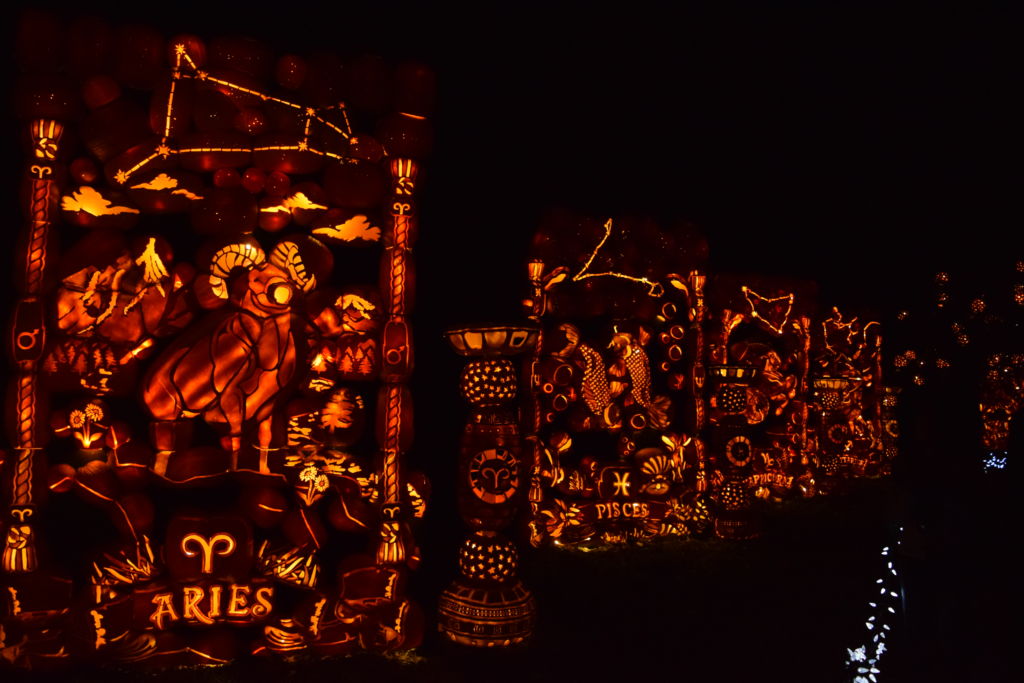 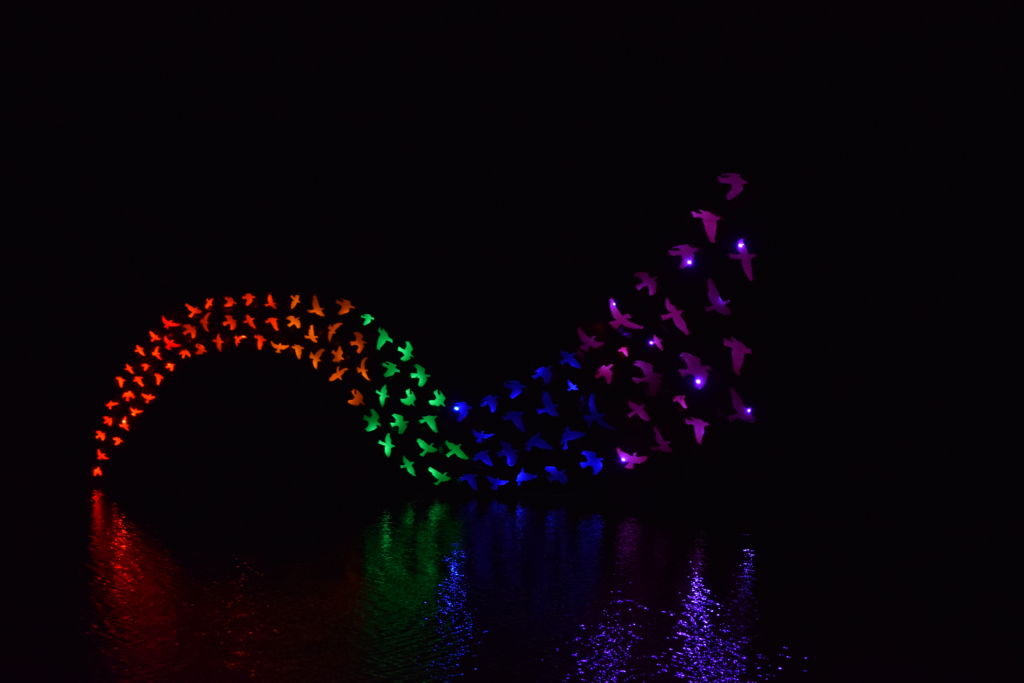