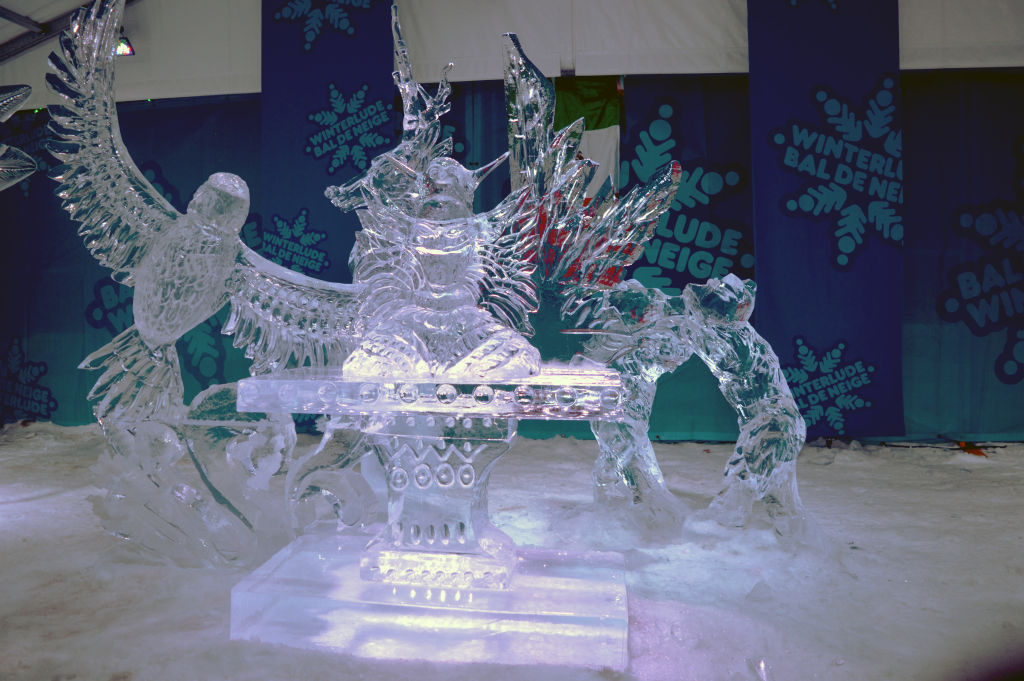 Canadians, Americans, Malaysians and numerous other nations braved the ankle-deep snow and unpleasant cold for an afternoon of world-class craftsmanship on Jan. 29.

Taking part in the event were countries as far-stretching as the Philippines to Siberia, varying the strands of competition into solo, pairs and single one-block challenges.

By remaining just below -10 throughout most of the day, sculptors were treated to the perfect temperature possible for the event. 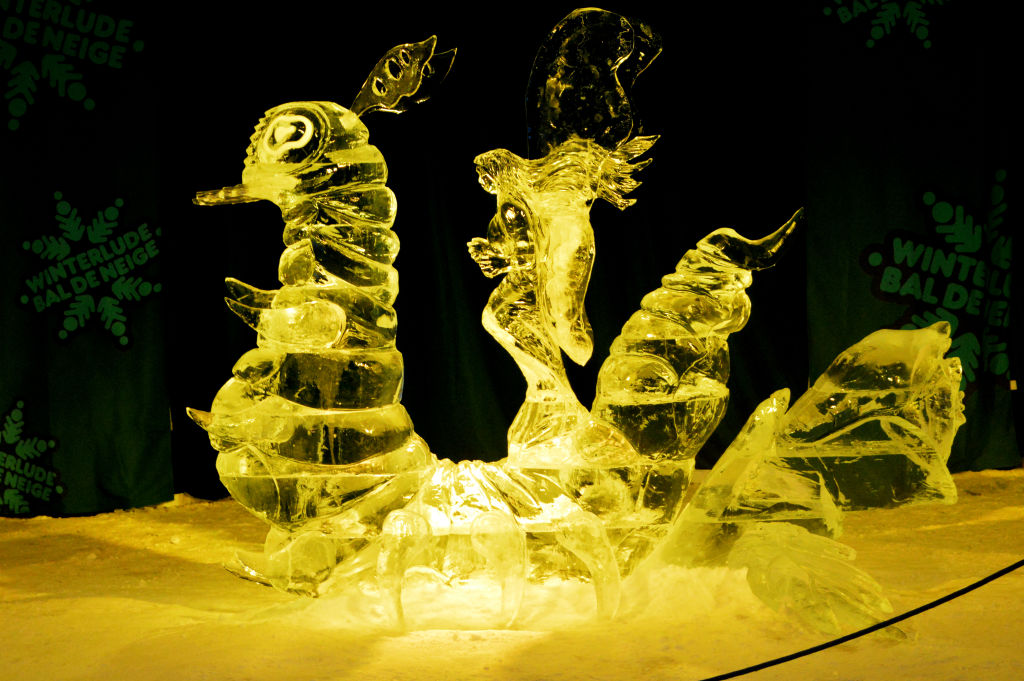 “Our winter is long,” says Emily Del Castillo, a first-time volunteer with Winterlude. “It’s about celebrating our country and its winter months. Ottawa is like a small town with a sort of Metropolitan-ambience.”

The top two Canadian ice carvers crowned in 2009, Tyler and Ted Hayes, headed up the pairs competition to represent our nation. The team of brothers have been crafting their unique style of ice sculptures for nearly two decades, admitting it to be a labour of love that never goes away.

“I got into it because of him, he’s the older brother. We’ll be doing this for as long as we can because it is hard on the back,” says Hayes in reference to the size of ice-blocks used in the competition.

The blocks are a staggering 275 lbs a-piece and require a mechanical elevator to lift above four feet.

In the solo competition, Winnipeg-native Larry MacFarlane constructed his piece titled, ‘Freedom’ depicting an eagle landing on a tall tree-branch while a lynx paws at the foot of the tree. MacFarlane has bounced back and forth from Winnipeg and Ottawa, teaching culinary art and at one time, owning an ice sculpture business in the prairies called Crystal Dreams. 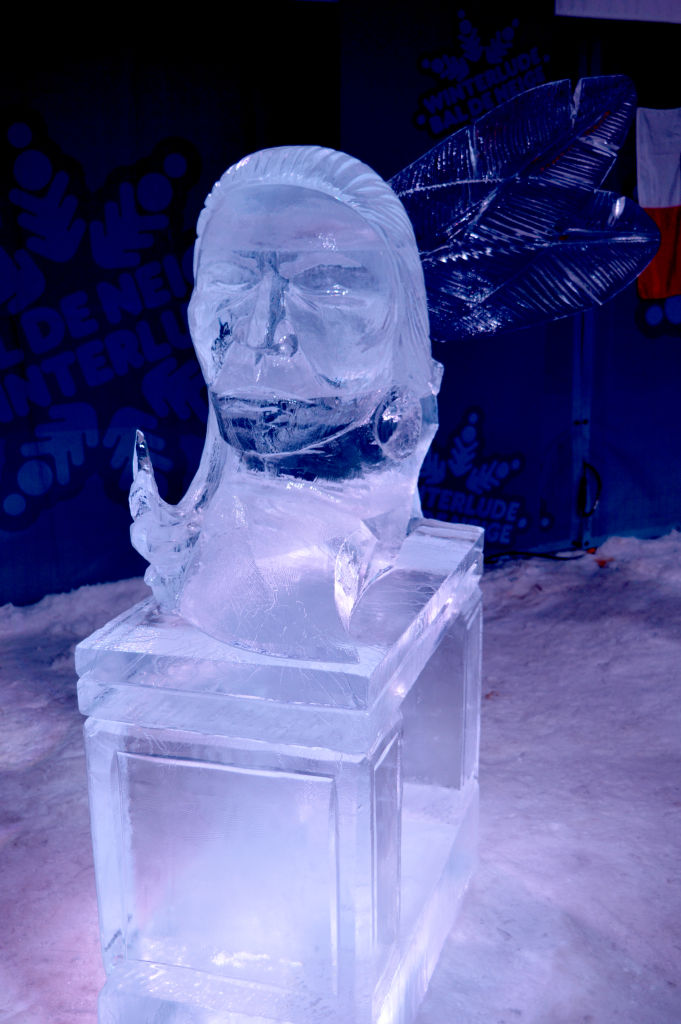 “Be patient—ice is always changing because it’s a living medium,” instructs MacFarlane. “It’s something you can do whenever you want now, it’s become a year-round thing.”

Dave Schmelefske ventured down from Waterloo this week for the festival, immediately noting how radiant these pieces of frozen art truly are. “It’s incredible. The artistic expression behind all that work— it’s amazing,” he says. 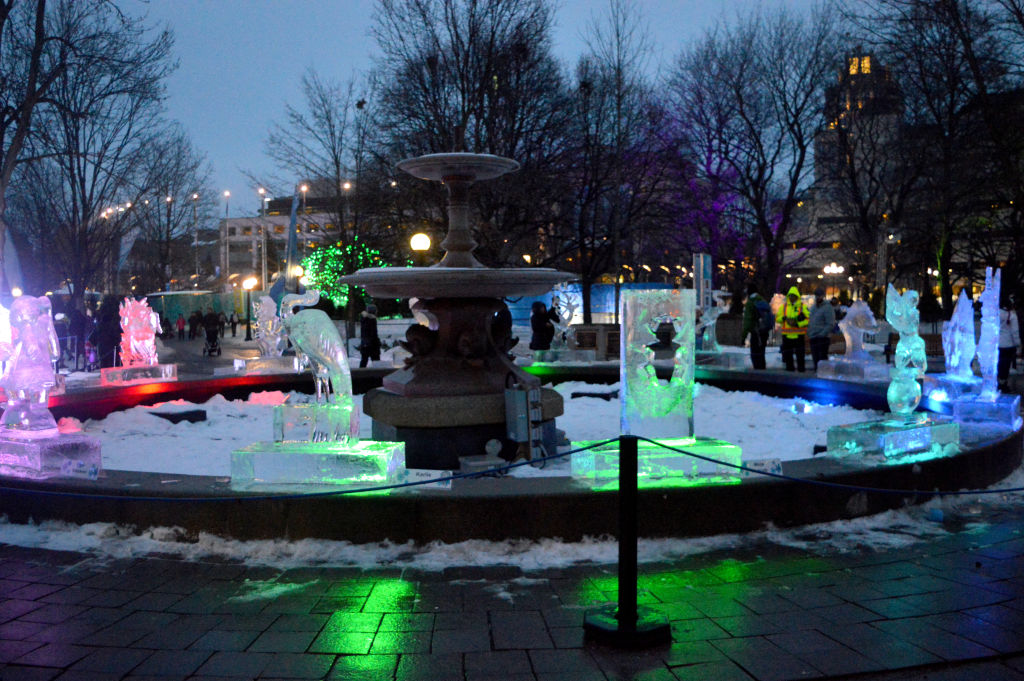