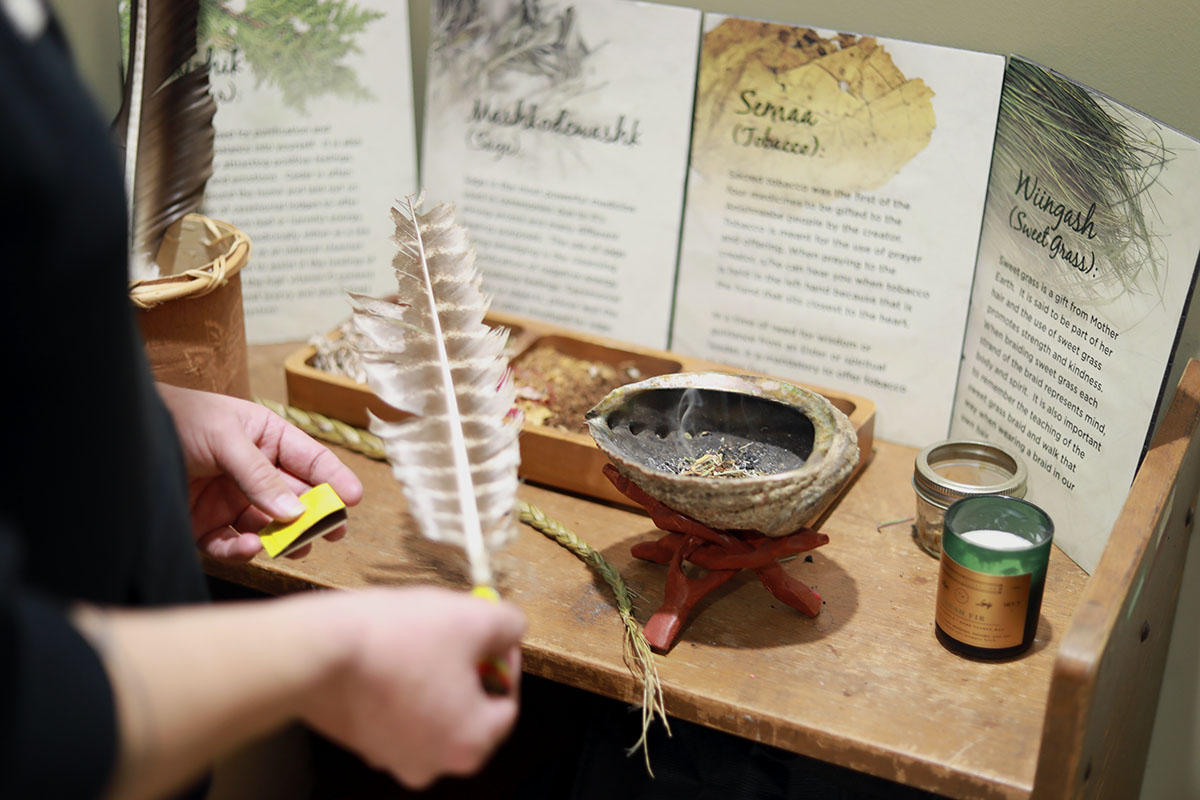 Understanding the history of the land we live on is crucial to decolonization.
Photo by: Sevval Kokten

Living in a city that resides on unceded Algonquin Anishinaabe Territory—meaning no treaty was ever signed for this portion of land— and a campus filled with tens of thousands of students, how many of us really know the history of the land on which the college sits?

It is a fascinating history, one that is significant to all of us. Amidst a global pandemic, an environmental crisis and the discovery of the unmarked graves of Indigenous children from residential schools in 2021, voices for change grow louder.

Colonization has affected every aspect of Indigenous peoples’ lives. Inevitably, every conversation goes back to the theft of land and the socioeconomic challenges Indigenous peoples face today as a result of these continued hardships.

The peoples of Algonquin Anishinaabe Nation lived a semi-nomadic existence in the dense forest regions of Canada, hunting, trading and nurturing their land through cultural practices, according to Algonquins of Ontario.

Canada is traditionally referred to as Turtle Island by many Algonquians and Iroquois-speaking people, who believe the turtle supports the world on its back and is a marker of identity, culture, autonomy and deep respect for the environment.

Nine Algonquin communities— Kitigan Zibi, Barriere Lake, Kitcisakik, Lac Simon, Abitibiwinni, Long Point, Timiskaming, Kebaowek, and Wolf Lake—are located in Quebec. Pikwakanagan is in Ontario. Three other First Nations in Ontario are recognized as partly of Algonquin descent: Temagami, Wahgoshig, and Matachewan. The Algonquin territory spreads over an extensive territory from beyond the Ottawa River through to southern Quebec.

The arrival of European settlers brought a disruption of life for the Indigenous peoples living in the Ottawa Valley bringing in an overwhelming number of deadly diseases that swept the land. With no immunity to the diseases —smallpox, tuberculosis, scarlet fever, measles—waves of epidemics caused mass deaths across the community.

It wasn’t just disease that disrupted life but the very presence of these people and their intent to settle the land. When British Loyalists came north to Canada following the end of the American Revolution in 1784, the Algonquins became alarmed and began to petition the British government, requesting that their lands be protected and that if a settlement was to occur, treaties should be made.

Due to an alliance between British Major General Sir Isaac Brock, and Tecumseh, the leader of the Algonquin Anishinaabe peoples, Indigenous warriors fought beside the British during the War of 1812 (1812-14) helping them to beat the Americans at the Battle of Chateauguay. As a reward, the Algonquin peoples of Canada lost their land to the individual land sales and invasion of American Loyalists and British immigrants moving into the Valley.

“It’s been a long time that we’ve been dealing with the issue,” says John Medicine Horse Kelly, adjunct research professor and co-director of Carleton University’s Centre for Indigenous Research, Culture, Language and Education (CIRCLE). “I think that historically speaking, the wrongs that were perpetrated against our people have been continued. It’s time to stop.”

Algonquin Anishinaabe people make up nine communities in Quebec, and one in Ontario. The Algonquins of Ontario signed a land claim agreement in October of 2016, granting 36,000 square kilometres of land back, a band of eastern Ontario around the Ottawa River from Hawkesbury to Mattawa, giving full rights to the land and all its natural resources.

Last year, in honour of the National Day of Truth and Reconciliation, Algonquin College hosted the “Generations Lost: Healing the Legacy of Residential Schools” event for 10 days to give students the opportunity to learn a brief history of colonization in Canada.

“It is not only about Indigenous students, supporting them and breaking down these barriers, it is also about how we can connect and build these relationships between Indigenous and non-Indigenous peoples,” says Andre O’Bonsawin, Abenaki member of the Odanak First Nation and Algonquin College’s director of Indigenous Initiatives.

Algonquin College also worked with the NRCC Indigenous Archeology Field School hosting the first year of its three-year project that allows Indigenous youth to connect with their ancestral heritage through archeology and the discovery of pre-contact artifacts.

O’Bonsawin and the Mamidosewin Centre (Algonquin College’s Indigenous Student Centre) work together to educate students on Indigenous Relations in Canada.

The first of the project’s findings—pieces of pottery, pyroclastic rock, and a blade that had been broken into three small fragments—were catalogued in the C building at the College (the room beside the Ishkadowen courtyard) for a limited time.

“I help at embedding Indigenous Knowledge into programs at the college,” says O’Bonsawin. “We will be offering Virtual Learning System (VLS) modules and are looking at building more Indigenous programming, so there is always work being done.”

It is important now more than ever that non-Indigenous peoples understand and acknowledge the land they live on through appropriate research and education.

“We need more energy, we need more response from the people; the non-Indigenous people,” says Kelly. “People need to see that the need for reconciliation is really there, they need to see and understand that the land belongs to us and take a strong stand to accomplish that.”