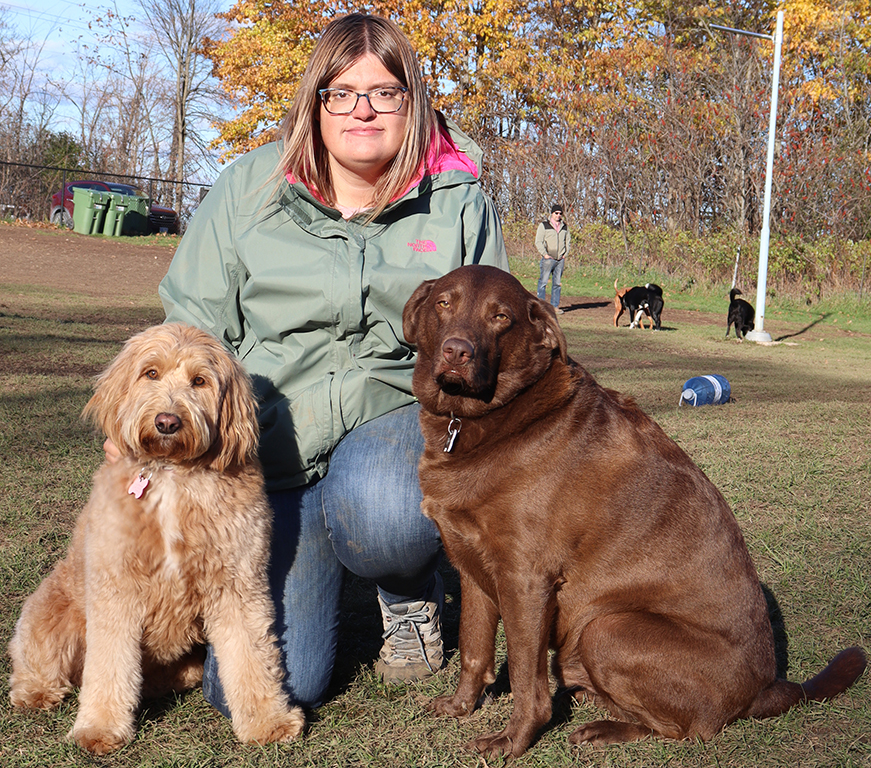 During the pandemic, people have been trying to discover hobbies that allow them to stay home and interact with as few people as possible. What people might not realize is their dogs have been by their side waiting for attention since the beginning.

Basic training is extremely important for the long-term health and happiness of your dog. A study published in Frontiers in Aging Neuroscience in 2017 researched long-term attentiveness in dogs with different levels of training.

“Our study revealed that lifelong training had a positive effect on sustained attention and selective attention,” the research concluded.

Teaching new and old dogs more tricks will also allow you to have a better relationship with your dog- and keep both stimulated.

Robyn Rittmaster, an animal behaviour professor at Algonquin College, shares four tips on how dog owners can expand their knowledge and make their best friend better off.

1. Back to the basics

“Go to a basic obedience class,” says Rittmaster. “Every dog should learn the basic sit, stay, down, stay and a recall.”

It’s not the most fun, but those basic tricks are the foundation for other tricks, and having your dog know them will save a lot of frustration and failure. A sit-stay can be used for toothbrushing, a down-stay for grooming, and give a paw for nail trimming.

“Don’t skip out on the basics even if this is your third dog,” she says. “Still get through that first-level obedience class.”

Not only will this be beneficial for the dog but also for the owner, who will gain a greater understanding of their pet’s behaviour.

2. The Importance of crate training

Dog owners often overlook crate training or do not use it correctly. Crate training is when the dog behaves in its crate. No barking, scratching or crying. It is useful for the owner when they leave the house for a couple of hours, when training with other dogs, or when guests are over and are scared of dogs. Crates should not be for punishment. Your dog must love being in its crate.

“I taught my small dog that his crate is not a punishment,” says Dania Johnson, owner of a nine-year-old Chihuahua named Harley and a five-year-old border collie- beagle mix named Lemmy. “It is sometimes not expected for small dogs, but I did it for mine and now Harley loves his crate.”

3. Recalls need to be solid

Calling your dog and getting them to come to you is essential. The first step to a great recall is motivation. Without it, your dog won’t make a lot of progress.

“I tell owners to put a lot of effort into thinking about motivation,” says Rittmaster. She also says that when it comes to food, the dog’s everyday meal is not rewarding enough, but cooked chicken and steak are. “If you turned your dog loose in a grocery store, where would they go? That’s what you want to use for recalls.”

Next step is to start simple. Can your dog come from a different room? Can you call your dog from the fenced backyard with no distractions? Having it on a leash gives the dog no choice, but what happens when the leash is off?

“And then over thousands of repetitions, you make it incrementally harder each time,” Rittmaster says.

If the dog is not motivated when training, maybe the reward isn’t worth putting in the work. Try training with a toy instead. To build motivation, play with the toy for a bit, then put it away. Take it out again, play, then put it away. That teasing will build the drive for the toy.

“A little trick I found is if you get one of the other dogs or a friend’s dogs to play with the toy,” says Rittmaster. “It now has their scent on it. They seem to be a little bit more intrigued by it and that really gets them going.”