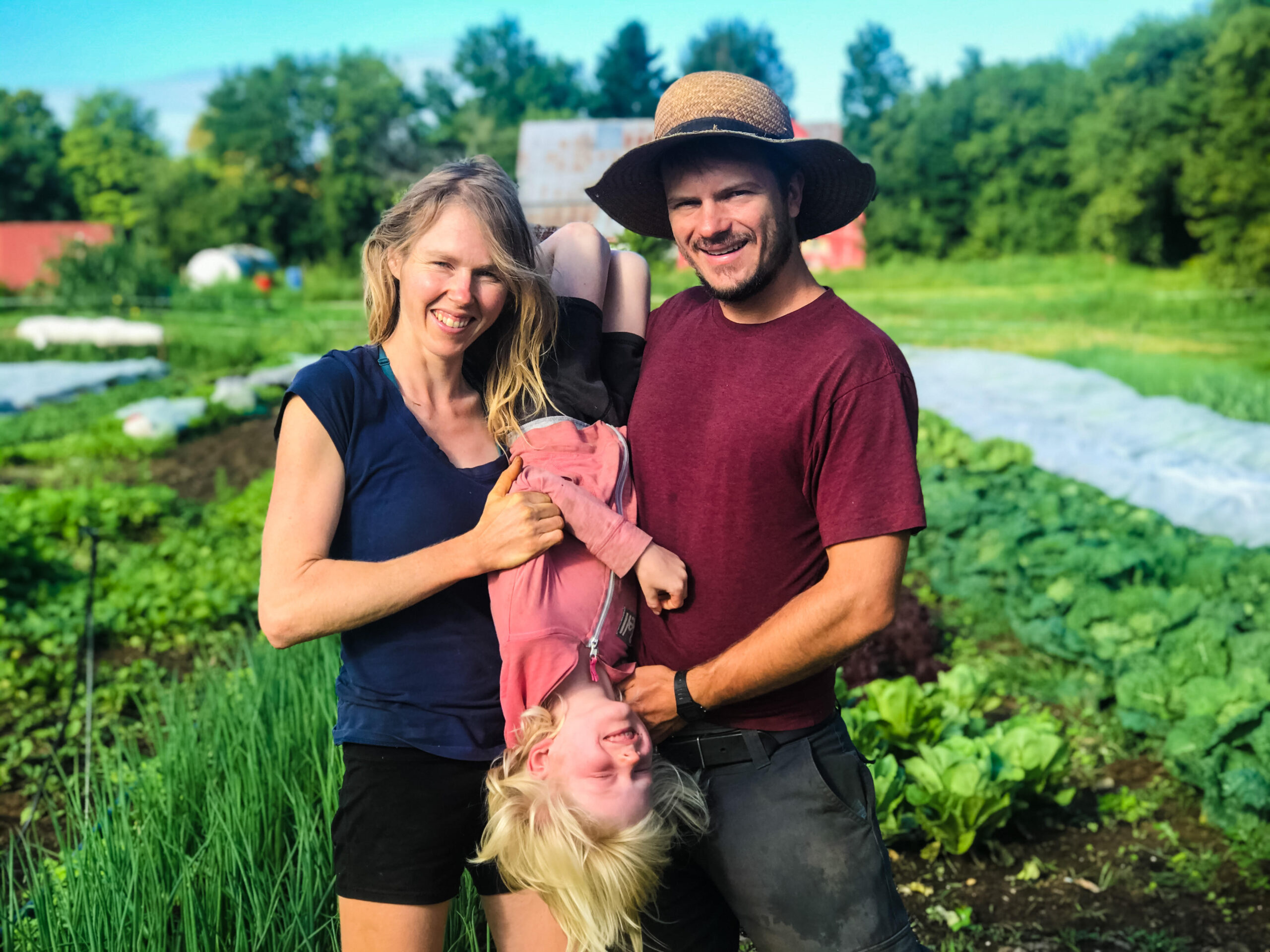 For his whole life, all Jonathan Bruderlein wanted to do was help people and find a way to positively impact the earth. Who knew it’d be possible to be superman on a farm?

After taking their three year sabbatical to travel, Bruderlein and his wife, Jolianne Demers, have since launched their brand new business, Ottawa Farm Fresh.

This local organic vegetable farm can be found at 2811 Ramsayville Rd. and is just outside of the downtown Ottawa area, being 12 minutes from Parliament and three minutes away from Alta Vista.

Being so close to the city is one of the many perks of their business. Others include the ability to share freshly grown vegetables to a wide range of people and sharing the farming experience.

“It’s a destination, a breath of fresh air to look around you and all of a sudden, you’re on a farm,” Bruderlein says.

Starting up their new business has been so exciting because now, with their knowledge and expertise from their previous business, Ferme Mélilot (Sweet Clover Farm), and travelling across the United States and Canada, they have been able to make their dreams a reality.

Bruderlein refers to 2021 as “year one” for his business. He hopes that the accumulation of seven-years worth of production – which they had at the old farm – can be achieved at the new farm.

For Bruderlein and Demers, the farm is so much more than just a place of work, it’s a calling, a passion and a space for him and his wife to raise their son, Milo.

Milo is homeschooled, so all of the elements of a public school are translated to farm life.

“Instead of a playground, he has the entire farm at his disposal to run around, play and learn from,” Bruderlein says. “He’s always doing a million projects. Like, right now, he’s seven-years-old and he’s learning to weld.”

Along with Milo’s many projects around the farm, Bruderlein and Demers have partnered with the NCC to transform a barn that’s on their property into a new addition for their business.

The structure, built in the 18th century, was intentionally designed for animal farming. However, they’re going to renovate it from the inside out and turn it into a farm store.

“Basically, the idea is for it to become like a showcase of all the products we have to offer so that people can come and look at them,” Bruderlein says.

Other things in the works include gearing up for the release of their upcoming subscription basket for summer 2021. Their “organic local summer CSA vegetable basket subscription” is an invitation into what Bruderlein refers to as their “community safety garden culture”. 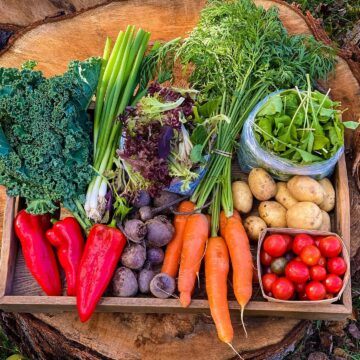 After signing up for their Summer CSA Basket, customers will receive access to fresh vegetables all summer long and into the fall. Photo credit: Ottawa Farm Fresh

“It’s a partnership between the people and the farm,” he says.

After purchase, baskets are available for pick up at the farm during the summer season. The contents of the baskets are switched up each week depending on what’s in stock.

When signing up for the summer CSA basket, customers have the option to choose the size of their basket and frequency in which they receive the baskets and pay for them.

Upon subscribing, the choice to enter in the number of vacation weeks individuals is there. This is offered for those who may plan to take a trip somewhere and might not need a basket for that week.

They also have the option to change the rate in which you pay, between one payment up front or break it up into three separate payments.

The 2021 summer CSA basket season begins in June and runs until October. Subscriptions for the upcoming season are still available on their site.