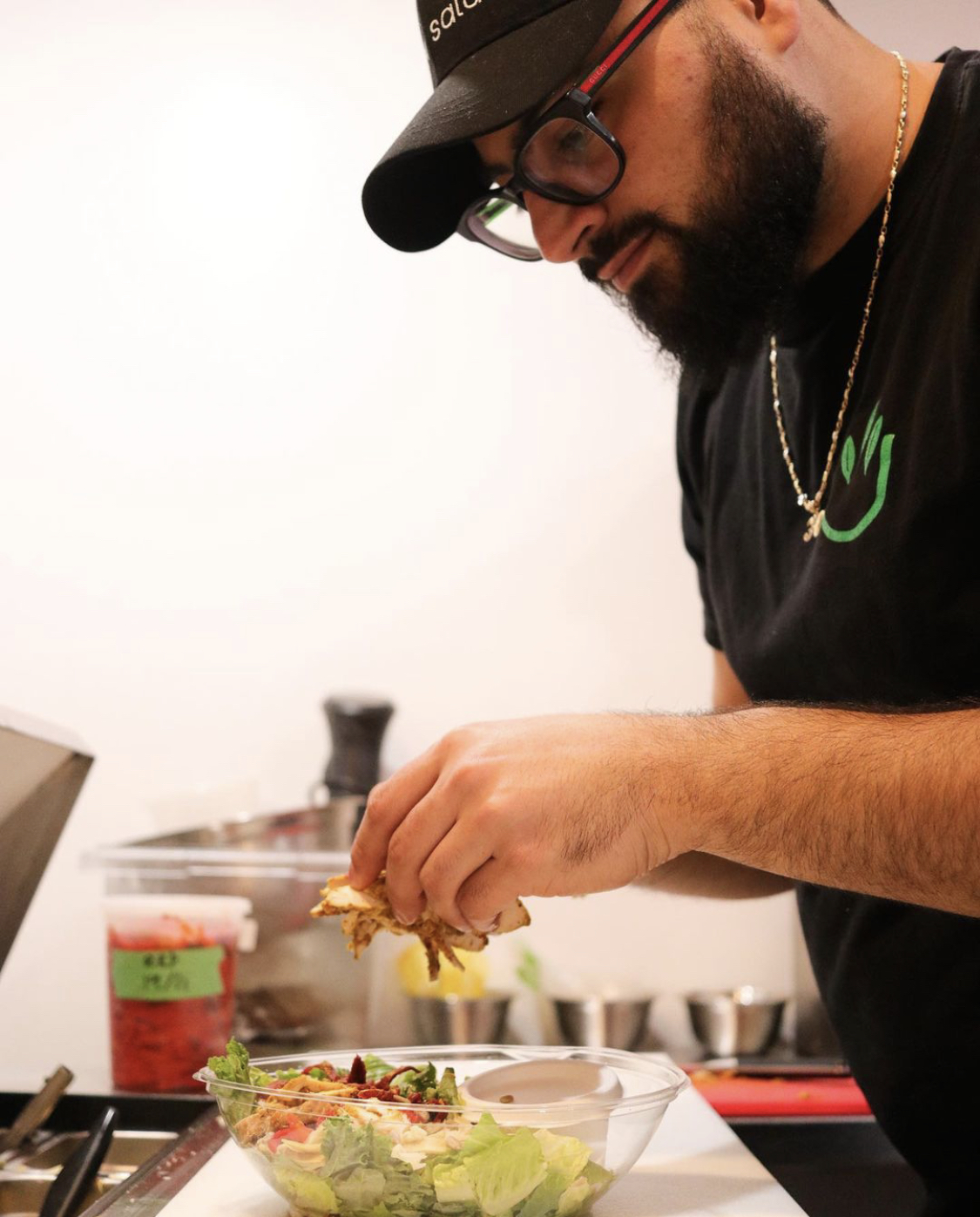 Hassan Bicher, the owner of Super Salads is seen preparing a salad at his restaurant.
Photo by: Hassan Bicher

Opening a restaurant in the middle of a pandemic is a bold move as the food and service industry was heavily affected by closures in Ottawa.

Meet Hassan Bicher, the owner of Super Salads on Preston Street in Ottawa, On. that launched in Sept 2020.

Each employee is asked to work four days during the week and have two days off to themselves.

The idea of opening a salad bar came to Bicher after he returned to Canada from Los Angeles in early 2020.

“When I came back from Los Angeles, I was thinking how I missed the salads from there,” explains Bicher. “I want to have a taste of that here and ultimately that’s what drove us to open Super Salads.”

Fast forward five months later and Super Salads is in business despite strict guidelines due to COVID-19.

“It’s been interesting just to see how everybody is flowing with the whole situation,” explains Bicher.

During the second lockdown which began in late December, Bicher explains the hit Super Salads took when it came to foot traffic near his restaurant.

“There was definitely way less traffic in terms of walk-ins and human interactions,” he says. “But I feel like the way the future is going is all about ordering on UberEats. Analytically speaking, our numbers on Uber Eats have gone up, but our walk-ins have drastically dropped. We still do have our local people that do walk-in, they know that we’re open and can come in person to pick it up.”

Bicher says his marketing strategy during this pandemic has been trying to reach out to more people on social media platforms.

“I just know that people are most likely going to be at home and therefore on their phones too,” he says. “I’m trying to market my business on Instagram as much as possible. I’ve done a few CTV interviews, any chance I get to talk about my business I’ll take the time out of my day to talk about Super Salads. It’s all about getting the name out there.”

Although his restaurant is located in the heart of Ottawa’s neighbourhood in Little Italy, Bicher still had his concerns with how things would work out.

“I was really stressed about seeing what the numbers would look like when there is a lockdown,” says Bicher. “I know that I’m skipping out on none of the office buildings are filled up. There’s a huge condo there that usually houses students, but school is cancelled now.”

Bicher explains how opening a business is always a tricky thing. But he feels like he knows what it takes to open and handle the hardships that come with it.

“Don’t underestimate what it takes to open up a business,” he explains. “For you to have a successful business, you need to be willing to get dropped down to the absolute bottom and have your ups and downs, it’s never just a smooth parabola.”