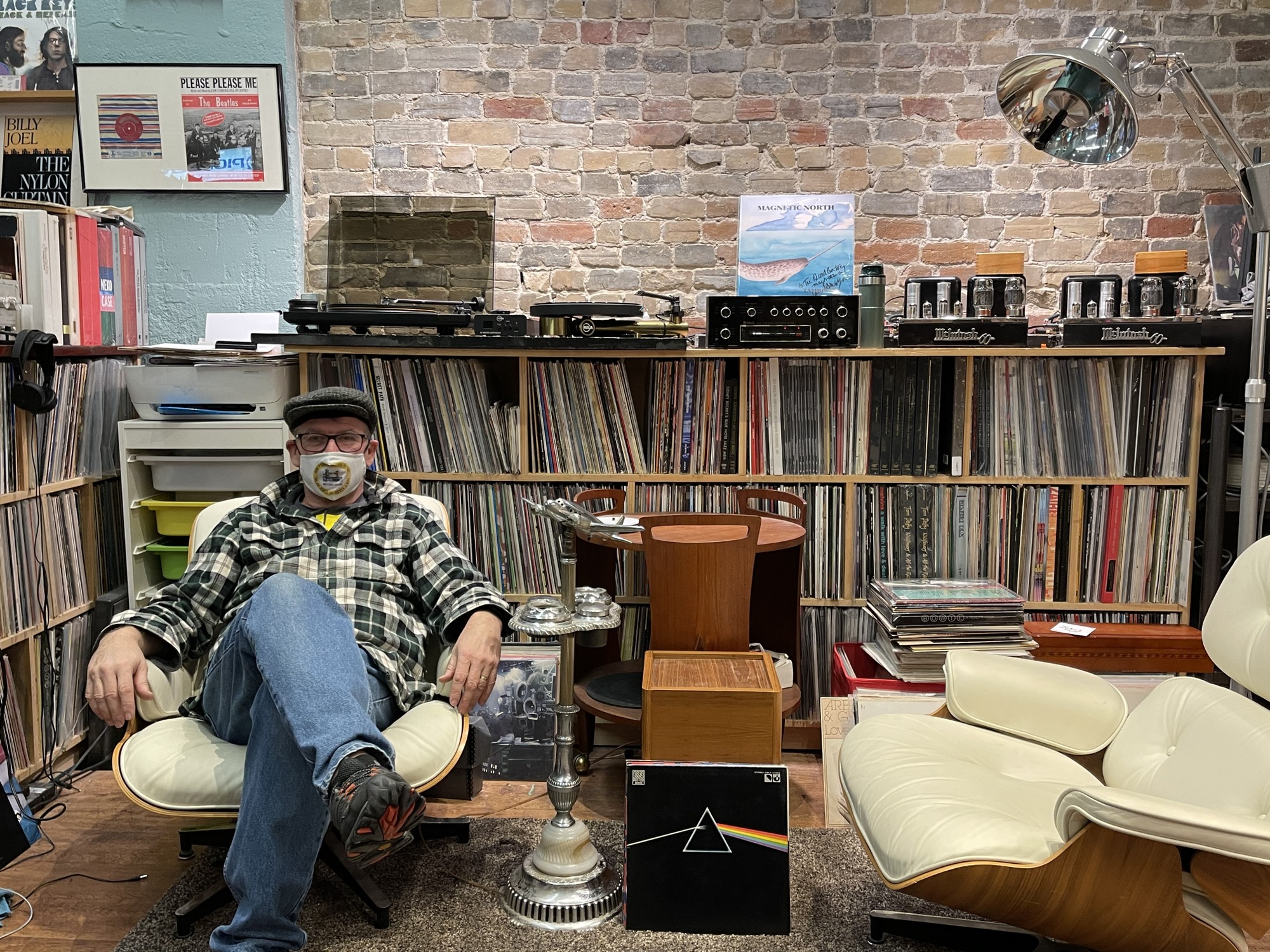 Ottawa heads into the “orange” zone of COVID-19 restrictions this week, with many business owners wondering what exactly that will mean for them and their customers.

Ford stated in his most recent address to the province that cases were down, along with transmissions, and fewer people are being hospitalized, meaning the measures the province has taken are working. However, Ford says we’re not clear of the storm yet, meaning we cannot reopen Ontario entirely. “This is a critical time, we can find a way forward. But we need a plan that can protect the health and safety of each and every person in this province,” he said.

With hopes that Ottawa will soon be in the “green” zone, Ford acknowledges the struggles of small business owners, which prompted the action of safely reopening said businesses, with 25 per cent capacity limits and other in-store restrictions.

John Thompson 60, owner of The Record Centre on Wellington St., first shut down his store by law in March of 2020. He has used the circumstances to his advantage within the past months, opening up online shopping, along with curbside pickups, as many other stores had done.

“Of course, business dropped, but we were still able to do enough business and survive but that’s a testament to my small sliver of the industry, which has been doing well because people needed music,” says Thompson.

The Record Centre has kept busy throughout the pandemic, developing social media platforms and websites. In addition, construction work is being done in-store in hopes that one day when customers can browse records once more they have the space to do so. Thompson says he has no means to force anyone to work if it’s not safe, as he had to lay off a number of his employees during the first lockdown, and only a few were able to stay. He himself wouldn’t want that either.

Thompson’s is just one of the many small businesses in Ottawa that will soon have the option to reopen and resume in-store services.

“The latest mandate by the Ontario government is that they’re going to start to ease into it, but the stay-at-home order is still in place for another week. So we’re not going to open our store, at least for another week,” says Thompson. “We’re just sort of following along. We’ll be listening to what the government says and I’ll be listening to my staff, who have to want to feel safe.”

He expects if all goes well he will resume in-store retail services soon. He holds high hopes that when the summer comes, things will be much better.

“I mean, we’re a place where live music happened all the time. We have a live DJ every weekend so we’re gonna hold off on that just until everybody’s safe,” says Thompson.