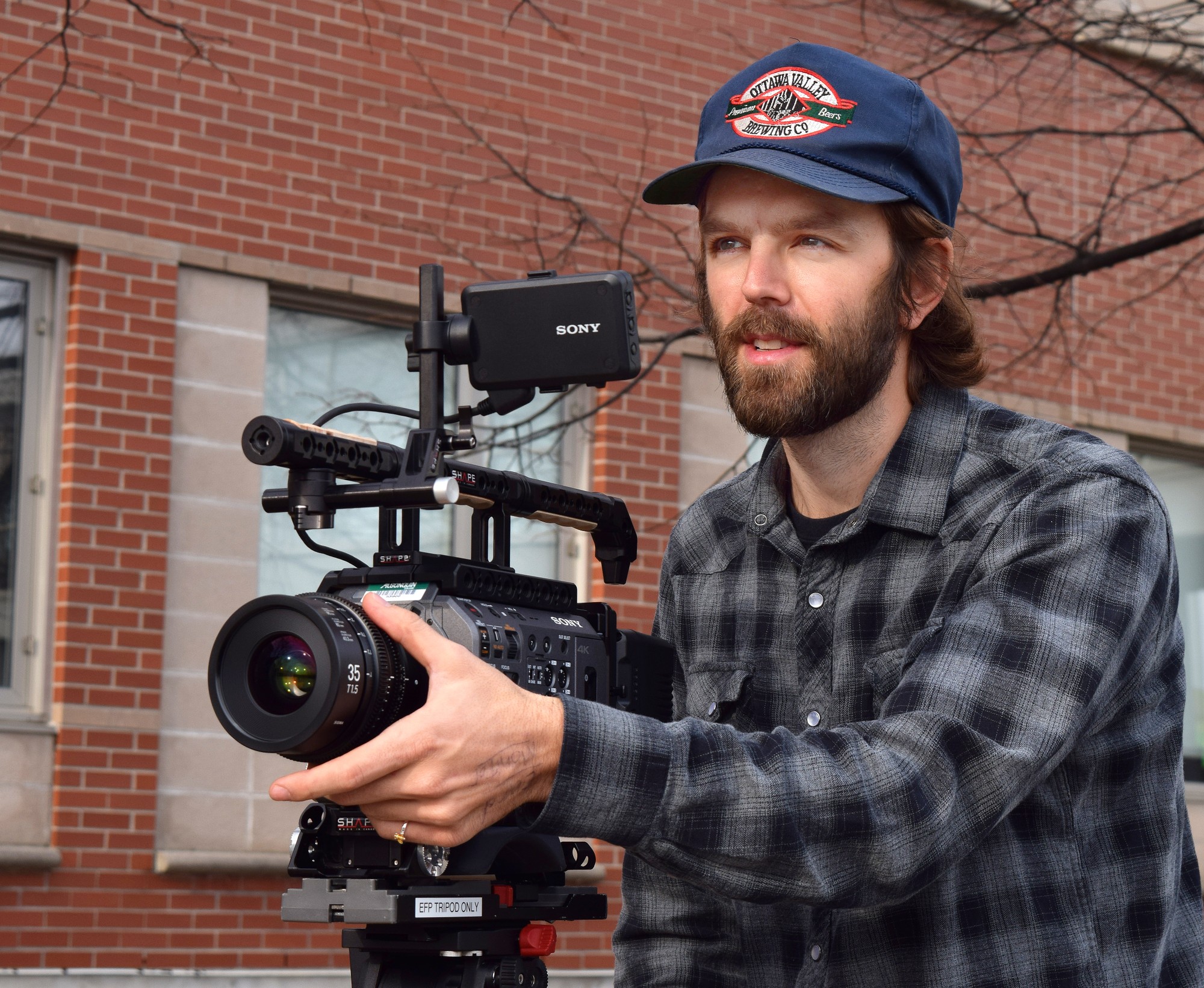 Sammy J. Lewis has been around the college block a few times.

Fresh out of high school in 2008, he joined what was then Algonquin’s pre-music program, but didn’t feel that it clicked for him. He took a stab at the college’s television broadcasting program a few years later but dropped out after the first year. “It wasn’t really what I was looking for,” he says of both programs.

Instead he began working in construction, but this started to take a toll as he entered the last years of his twenties. “Construction is very physically-demanding,” says Lewis. “Approaching my thirtieth birthday I decided I wanted to get away from that.”

Lewis is now one of the first students to be accepted into Algonquin’s new film and media production program, deciding that it was time to turn his filmmaking hobby into a career. “Ultimately the decision [to return to school] came from feeling like I had hit a ceiling. I was making decent money, but I really wanted to study something I was passionate about.”

Still, he admits that taking that step wasn’t easy. “I feel there’s a bit of a social stigma about returning to school as an older person. It feels like a risk to start something brand new. It’s a bit scary.”

It can feel particularly scary when that return to school is during a global health crisis. It’s a feeling that Lewis and I both shared. In fact, I suppose you could say my return to school this September was a case of “pandemic panic.”

In March 2020 I was leisurely looking for my next job after finishing a three-year stint teaching English in Japan. With a BA and an MA in English Literature under my belt and consistent work experience throughout my twenties, I could afford to take my time and be a little choosy, right?

A certain novel coronavirus, of course, proved me wrong.

When Ottawa officially went into a lockdown on March 13, my optimistic outlook on the year ahead was replaced with palpable anxiety. With no job secured, dwindling savings, and no new adventures to look forward to, I realized that I needed to rethink my plans for 2020.

The next thing I knew I had enrolled in journalism at Algonquin College, shifting my focus towards a school and a program that I hoped would equip me for a career during COVID-19. In an effort to make sense of the unraveling world around me, school felt like the safest place to be.

It’s also where I discovered that I’m not alone in my decision to go back to school during such strange times. Along with Lewis, I’m part of a group of mature students with prior post-secondary education who have decided to return to school this year during the pandemic. 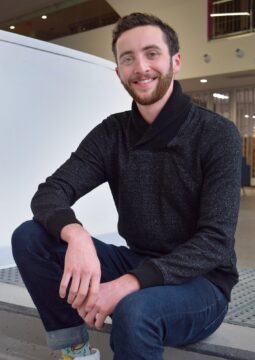 “The pandemic really pushed me towards going back to school, actually,” says Josh Way, 24, a student in Algonquin’s human resource management program. Way graduated from Carleton University in February with a degree in criminal law. He began looking for work in human resources soon after, but quickly realized he’d need to do more to break into the field. “A lot of the interviews I went to said they required more education in that area. Especially with COVID-19 going on, I didn’t really want to work full-time and not push myself towards something.”

Julian Bate-Vergette, 28, says the pandemic launched him into school as well. “I was laid off work [as a line cook] when the pandemic hit,” explains Bate-Bergette. “I thought, I have lots of time now. Better make the most of it.”

Like his friend Lewis, Bate-Vergette was also briefly a student of television broadcasting at Algonquin 10 years ago, but it didn’t stick. “I only stayed for one semester. I wasn’t mature, and I had a lot to learn. I needed to gain some life skills.” He’s now studying music industry arts at the college, and says he appreciates that he can now expand his music hobby into a career. “I want to be self-employed, work as a composer or sound editor. I love the program. It’s everything I envisioned and more. All around it’s been great.” 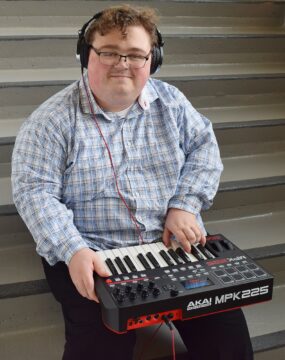 Julian Bate-Vergette joined the music industry arts program at Algonquin after he was laid off from his job during the pandemic. Photo credit: Madalyn Howitt

According to a recent article from University Affairs, challenging times, like recessions, have historically led to higher enrolment rates in colleges and universities. A Statistics Canada report found that four out of 10 university and college graduates chose to pursue further postsecondary education in 2009-2010 during the recession.

It’s too soon to tell, but the global pandemic could yield similar results. According to Algonquin’s registrar’s office, 1,344 students are enrolled in a post-graduate program as of Fall 2020, numbers which have risen slightly from last year’s numbers of 1,236. And that’s not including all of the veteran students like myself, Lewis and Bate-Vergette, who are enrolled in diploma and degree programs. “People are concerned about employment and are looking for particular competencies to help,” says University of Calgary continuing education director Sheila LeBlanc in the article. “They are looking for a way to take control of their future.”

Lewis certainly is. “I’m coming at it with a different mindset this time. When I was younger I was just interested in the social aspect of school. Now I see a clear path to a career.” There are of course advantages to being a mature student. Lewis has found he’s been able to apply the skills he learned in construction to his studies. “I learned lessons about work ethic and organizing my time,” he says.

“There’s a slight disconnect [in age], but it’s refreshing to learn from younger classmates,” adds Bate-Vergette.

He does, however, have some wisdom to share with his classmates who are experiencing post-secondary education for the first time.

“My advice is to come with an open mind and go with the flow,” says Lewis. “Even our professors are figuring it out. Take it as it comes.”

“Don’t take any class for granted,” adds Bate-Vergette. You’re paying lots of money. I wasted it when I was younger. Really put your effort into it.”

My anxieties about finding meaningful work in a global pandemic were the driving force behind my decision to return to school this fall. Now that I’m here though, I’m reminded of how reassuring it is to develop new skills and ways of thinking when it feels like the world is crumbling around you.

Lewis agrees. “In a way, it’s kind of the perfect time to be getting an education. It’s super rewarding. I made the right choice. I encourage others to go for it.”