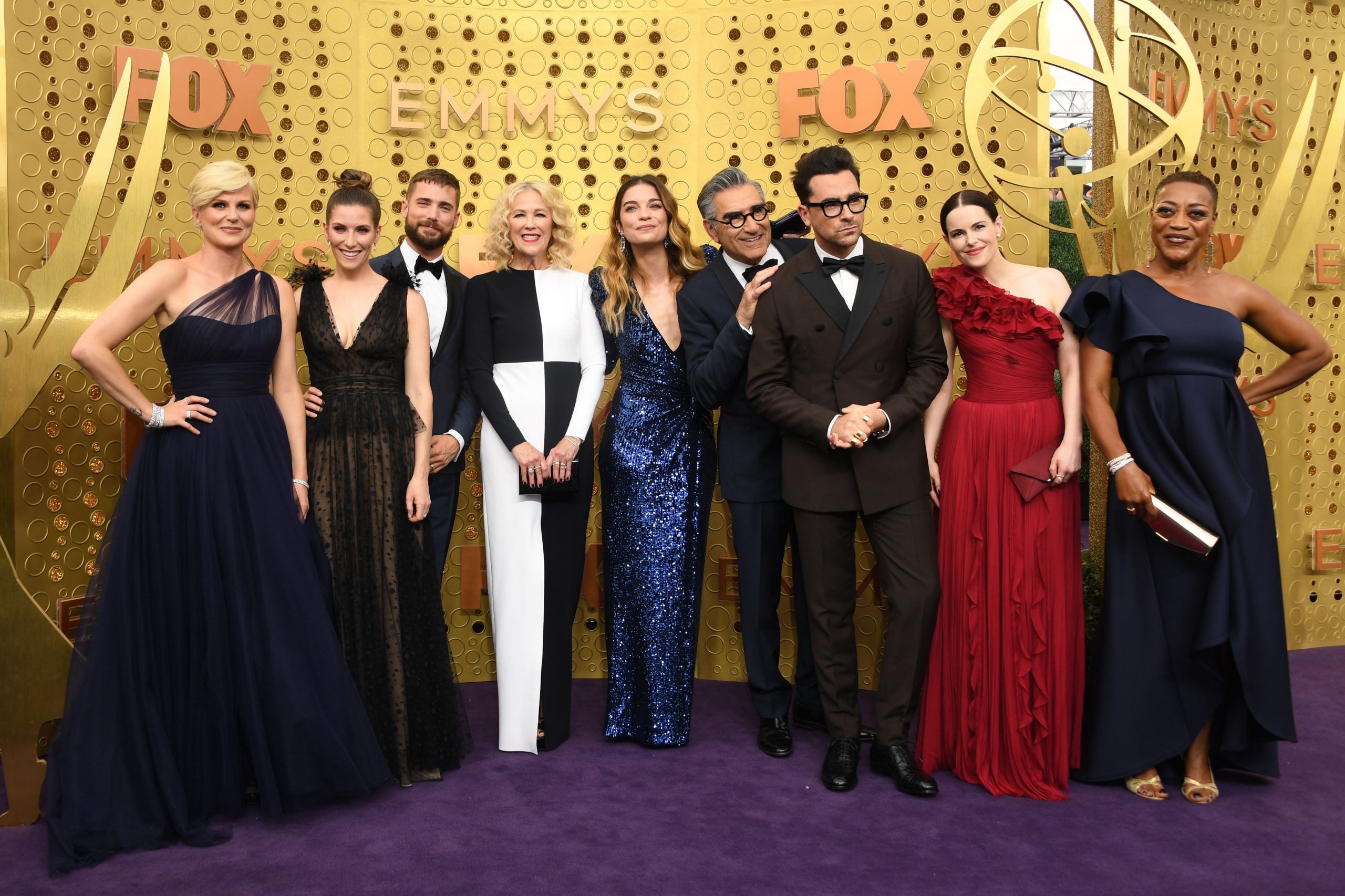 Nearly six years ago, the Rose family moved to Schitt’s Creek and got everyone excited about Canadian TV again.

After the conclusion of the final season of the beloved border-breaking series, fans witnessed the first ever “Pandemmys.” The 72nd Emmy Awards was hosted by Jimmy Kimmel at the Staples Centre in Los Angeles and aired on Sept. 20, 2020 on ABC. Daniel and Eugene Levy joined the rest of the cast in Toronto. All four cast members won their respective categories. Schitt’s Creek garnered 15 nominations and won nine Emmys.

Schitt’s Creek has contributed to what’s been dubbed a “gold-standard” in Canadian TV. The past decade has brought us some of the most popular and pervasive Canadian television and film we’ve ever seen. Letterkenny, Kim’s Convenience and Trailer Park Boys have enjoyed high viewership even south of the border.

Quality programming hasn’t only attracted attention from our American neighbours, it has poured jobs and profits into the economy.

A report published in 2019 says the Canadian film and TV industry was worth $9.32 billion between 2018 and 2019. The reports says the total employment impact of film and television production in Canada increased by 2.4 per cent to 180,900 full-time equivalent jobs.

Increased employment opportunities could be why more students like Ryan Flanagan, a television broadcasting student in his second year at Algonquin College, can picture themselves working on a Canadian set someday.

“Everyone in my program only talks about working in Ottawa or Toronto,” he explains. “That’s where all the TV jobs are. And that’s not just TV shows, that’s like news and sports and things. It’s all loads in Ottawa and loads in Toronto.”

Flanagan is a fan of many popular Canadian shows.

“I think that they are really great for people like me – students moving into media – because you can see all these Canadian opportunities, and you can realistically look at them and say, ‘That’s something I could go get a job at.’”

Victoria Brunot is a first-year scriptwriting student at Algonquin College who also intends on working in Canada after graduation.

“I think there’s a lot of untapped potential in Canada,” says Brunot.

Brunot believes Canadian TV and film is of a higher quality because it isn’t mass-produced.

“Not too many people […] pay too much attention to any Canadian product unless it’s 10 out of 10 a banger, but I think that gives us a lot more opportunity to test the field and experiment a lot more,” says Brunot. “If there’s just a bunch of okay shows or a bunch of shows that didn’t fly, it’s not going to gain as much attention.”

Kim’s Convenience is a tale of first-generation Korean Canadian parents and their children, whose struggle to reconcile their customs with Western mindsets is comedically relatable.

As an ethnic minority in Canada, Brunot says she can relate to the Kims.

“It gives a different perspective, especially when it comes to our country’s history,” says Brunot. “It’s similar but different and we haven’t really had the opportunity to expose people to how our lives are really like. I think shows like Kim’s Convenience [are] really nice and refreshing because I can watch it.”

Letterkenny, titled after the town where its characters reside, is a satirical take on rural Ontario life. It has been wildly popular.

“I think the defining trait of Canadian TV is the Canadian jokes and making fun of ourselves as Canadian,” says Flanagan. “They’re always poking fun at ourselves, and like Letterkenny is full of hockey jokes that you wouldn’t even understand unless you’re in the hockey world.”

Although Flanagan credits shows like Letterkenny, Kim’s Convenience and Trailer Park Boys for their contributions to Canadian film, he believes Schitt’s Creek’s universal comedy has made the greatest impact internationally.

“I think that out of all of them, if one has to have paved the way for things, it would be Schitt’s Creek,” says Flanagan. “Because the other three are Canadian shows about Canadian things. Like, all the jokes are jokes about Canada. You could watch Schitt’s Creek from Germany, and you wouldn’t even know it’s from Canada.”

In Brunot’s opinion, Canadian film and TV displays a degree of authenticity and diversity not seen on American screens. We’re not shy about being a country of many different backgrounds.

“Canada’s really in a good spot right now,” says Brunot. “We do have a lot of faults, but as far as I believe we’re a lot more comfortable admitting that to ourselves and showing those flaws to people.”

Brunot believes that this is a time when visual entertainment “not only demands, but requires diversity in its storytelling.” She says that Canadian filmmakers are in a critical position to showcase the nation’s multicultural mosaic of “many different perspectives.”

“There’s a lot more opportunities in this industry that I wasn’t aware of beforehand,” says Brunot. “We have teachers that are constantly engaging and let us know that there’s a lot more than what we see.”