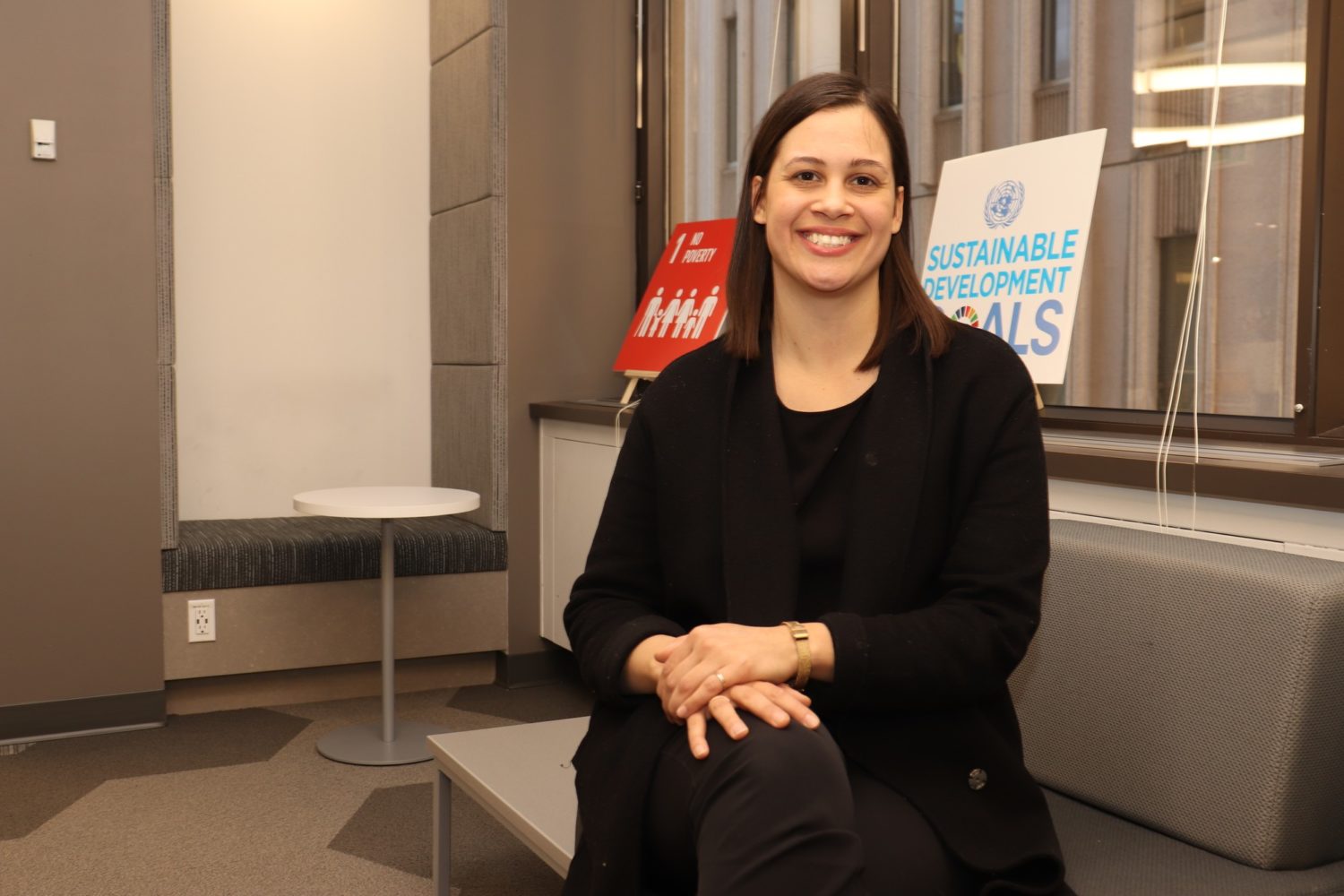 Katie Miller, managing director of Impact Hub Ottawa, has been running the co-working space since 2016. The Hub fosters community and sustainability throughout its organization.
Photo by: Mike Athey

It’s 5 p.m. on a Friday and Impact Hub Ottawa is wrapping up business for the day.

Instead of scooting out the door for the weekend, Katie Miller, the managing director, enters the large communal kitchen area of her collaborative co-working business. She begins pulling out of the fridge some trays of meats, cheeses, crackers and drinks and sets up for the weekly Wine Down event she hosts to launch the weekend.

Staff member Will El Khoury comes in to help her set up on a large wood top island in the centre of the room with rows of stools set up for the patrons. The lights are dimmed and El Khoury positions a plant that he’s been carefully pruning. 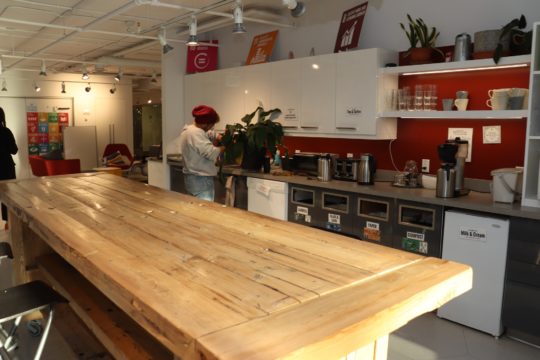 People start to show up. Some of them rent out space at the Hub, some of them are friends of Miller. Others just show up to enjoy the camaraderie. People laugh, eat, and make up a community that is strong and growing.

Community is part of the reason 29-year-old Miller was drawn to the Impact Hub in the first place. She had graduated Algonquin College with a diploma in international business and was trying to figure out a way to use business to help a social cause when she met one of the Hub’s original founders, Vinod Rajasekaran.

“They did about a year of community-building before we opened the physical space,” said Miller. “They did events, meetings, and coffee shops to talk to people about what we needed for the city and what an impact hub for our city would look like.”

Rajasekaran recruited Miller as a volunteer shortly after they opened their doors at their original Bank Street location in 2012.

The founding members eventually moved off to other projects, but Miller took up the reigns as managing director and has led the Impact Hub since 2016. The space has moved to the sixth floor of 123 Slater St. and has recently expanded into the seventh floor as well. 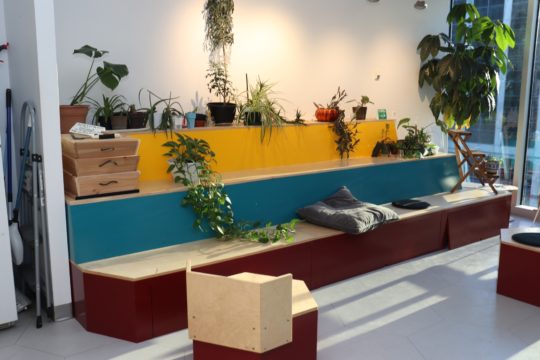 Membership is not for everyone, and the core values of sustainability and community-building are essential to being a successful candidate. Many social enterprises and non-profits use the space as a meeting spot and networking site.

Evidence for Democracy, a science-based advocacy non-profit, works out of Impact Hub Ottawa. Their goal is to promote the transparent use of evidence in government decision-making. Their communication and engagement coordinator, Emma Bugg, dropped by the Wine Down and seemed at home with the rest of those gathered around the snack filled table.

“People working for themselves or independently—it gets super lonely,” said Bugg. “One of the main reasons we’re here is to combat that loneliness.”

Bugg said it also helps people working in non-profits stave off burnout while they are working on difficult issues.

The member fees also cover mentorships and seminars provided by the Impact Hub to help people learn tools to learn skills with law, business, and entrepreneurship. They have members who have permanent office space, while others are more transient.

To pay the bills, they also rent out to non-members for events and much of the area can be transformed with moving walls to make spaces bigger and smaller depending on need.

Miller said that many of the solutions are out there already when it comes to a sustainable future and new solutions isn’t really what is needed to address issues.

Instead she says the key is, “not reinventing the wheel and working collectively together.”