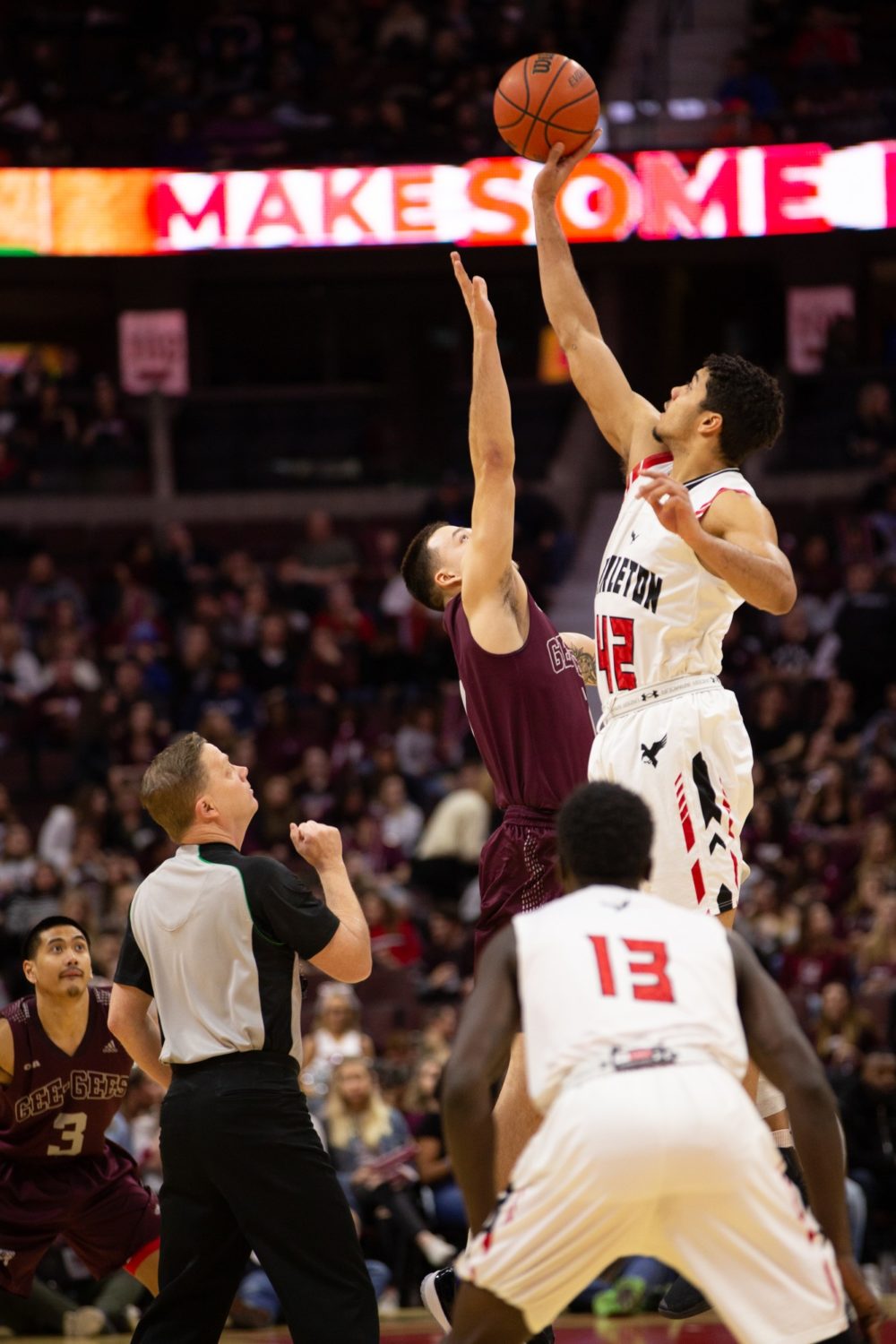 It’s been a tradition since 2007. Both the Ottawa Gee-Gees and the Carleton Ravens have faced off in a classic match held at the Canadian Tire Centre. Now it’s being held at the TD Place for the first time – and this year the tradition from March 5 to 8.

Over 100,000 fans were ushered in to watch these games over the years, and that number will hopefully continue to grow.

There were 13 meetings between the men, and 12 between the women, with both Carleton teams dominating the classics so far. The men lead the win column 11-2, and the women lead 8-4.

The Carleton Raven’s men head coach Taffe Charles understands that this game is somewhat bigger than just any other regular-season game.

“It brings a lot of attention to (the) local community, but inevitably it is only one game,” said Charles. “You can’t get too upset one way or the other if you do win it or lose it.”

Charles played for the Raven’s for five years before being an assistant coach for the women’s team for three, then assisting for another nine years with the men’s team.

This is his first year as head coach for the men’s team and so far so good, leading his team to an overall record of 19-1.

The Gee-Gees won both the games against the Ravens this year in the 2020 classic, with the women winning 77-75 and the men winning 68-67, both tight games.

Max Charbonneau, an Ottawa University student, went to the game with a few of his friends.

Charbonneau enjoys going to the games and brings a loud and eccentric vibe to the crowd, which isn’t uncommon for the fans who attend these games.

“Capital hoops is always a great time,” said Charbonneau. “Watching the cross-town rivals go at it in basketball is one of the cities most exciting sporting events of the year.”

The rivalry between the two is very apparent and this game, though maybe not for the coaches, means more to the fans packing the seats in the stands.

The crowd is bigger, the arena is louder and overall the whole atmosphere is completely different than your average regular-season game.

Bragging rights and more come along with winning this game, and since this is the first time the game was played at the TD Place, it becomes a familiarity for players.

“If we get one more chance in the gym than another team that we’d be playing, if we do get to the nationals, we’d love to take that advantage,” said Charles.

As the Ravens and Gee-Gees prepare for the playoffs, the fans got a close up look at all four teams and experienced two more great cross-town rival games in the 14th edition of the Capital Hoops Classic.