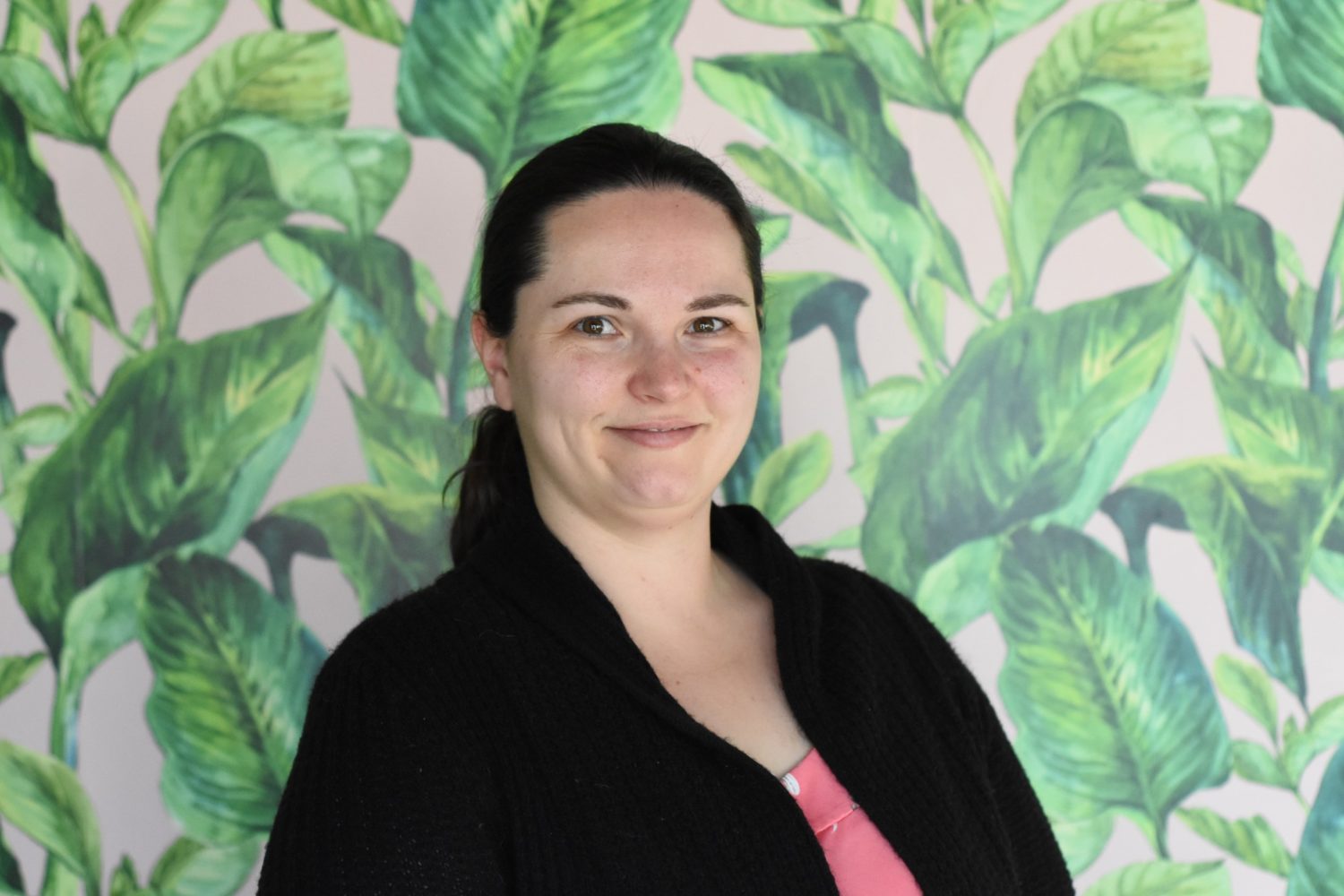 The Barking Barber is fully equipped with a grooming station in the back and a selection of local toys and treats at the front.
Photo by: Jessica Alberga

Nestled in a growing stretch of Wellington West, between Morning Owl and Flamingo Boutique lies a brick building, painted white with paw prints scattered around the exterior.

The Barking Barber opened its dog-grooming doors in August 2019 just steps away from the Parkdale Market.

Owner and head groomer Carolyn Kotva wore many hats over the years before landing her own one-on-one dog grooming shop in Hintonburg.

Equipped with a bachelors in music, a masters in music and cultural studies and a certificate in human resource management, Kotva had a vast amount of worldly experience before going into entrepreneurship.

For three years Kotva ran the company ‘Pack Rats’, while solely operating and growing that business she needed to find another source of income. She then got hired in the salon at Petsmart.

Eventually Kotva found that organizing other people’s lives with ‘Pack Rats’ came with a lot of added psychological work. So, she decided to flip career paths altogether and follow a path she truly enjoyed.

“I became a full time groomer and haven’t really looked back since.”

Kotva’s grooming journey began over five years ago. Working and training at Petsmart’s ‘Academy’ certified Kotva. And after years of working in a big box store she moved to a smaller boutique in Westboro, Masters N Dogs.

Westboro’s established neighbourhood inspired Kotva to find an area that was still growing and with the boom in condo growth and population density surrounding Tunney’s Pasture, she knew Hintonburg was a prime target for her niche market.

“I was looking for a place that as it grew, I could grow with it.”

Since opening, Kotva’s main goal for her first year has been to get established and build a solid clientele.

“It’s an easy location to get to, and I have a lot of people that are happy they can walk here,” she said.

“I have a lot of referred clients and people coming back over and over, which is what you want,” said Kotva.

Nadia Sicoli who is Kotva’s longest client, has been bringing her miniature poodle Riley to groom for over three years and has been recommending Kotva to her dog owner friends.

“She’s very efficient, she does the job very well, and she’s very good with my dog Riley,” said Sicoli. “I really like her a lot as well.”

Valuing local businesses, Kotva continues to reach out to companies in the area for products to sell. The storefront currently offers treats from Sweet Peas Pantry in Osgoode, Flying Hound treats from Smiths Falls and collars made in Orleans.

The freedom to make decisions and follow the direction she wants has been her most rewarding thing thus far.

“I can take the clients I want, I can work at the pace I want,” said Kotva.

“Meaning I can do very long days, but I’m happier.” 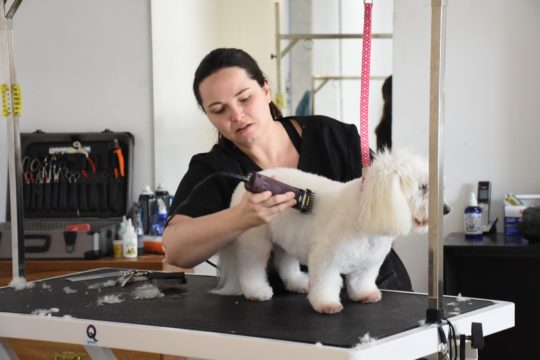 The Barking Barber is fully equipped with a grooming station in the back and a selection of local toys and treats in the front. Photo credit: Jessica Alberga

She prides herself on delivering specific care and treatments to each individual dog. Like humans, dogs have oily and dry skin and each one requires different care. Kotva also handles dogs from all ages, ranging from puppies to geriatrics.The Barking Barber offers a range of packages to suit every dog’s needs.

“I cater what I tell people to their pets and their life stages,” she said.

“I have this one dog who has very oily skin, and her owner and I found that we have to do her every six weeks otherwise her skin gets really gross,” said Kotva.

Grooming is essential to a dog’s overall health and well-being, and a big part of Kotva’s job educating the owners on how to properly groom their pets.

“Maintenance is key,” said Kotva. “And that doesn’t just mean staying on schedule with your groomer, it means learning what you have to do at home.

“Nails have to be done once a month, at a minimum, I always say, if you can hear the nails tapping on the floor, it’s time.”

The level of service provided at The Barking Barber mixed with the well shaped bonds of her clients makes Kotva’s latest business venture sure to be her most worthwhile.

For more information on The Barking Barbers services and to book.