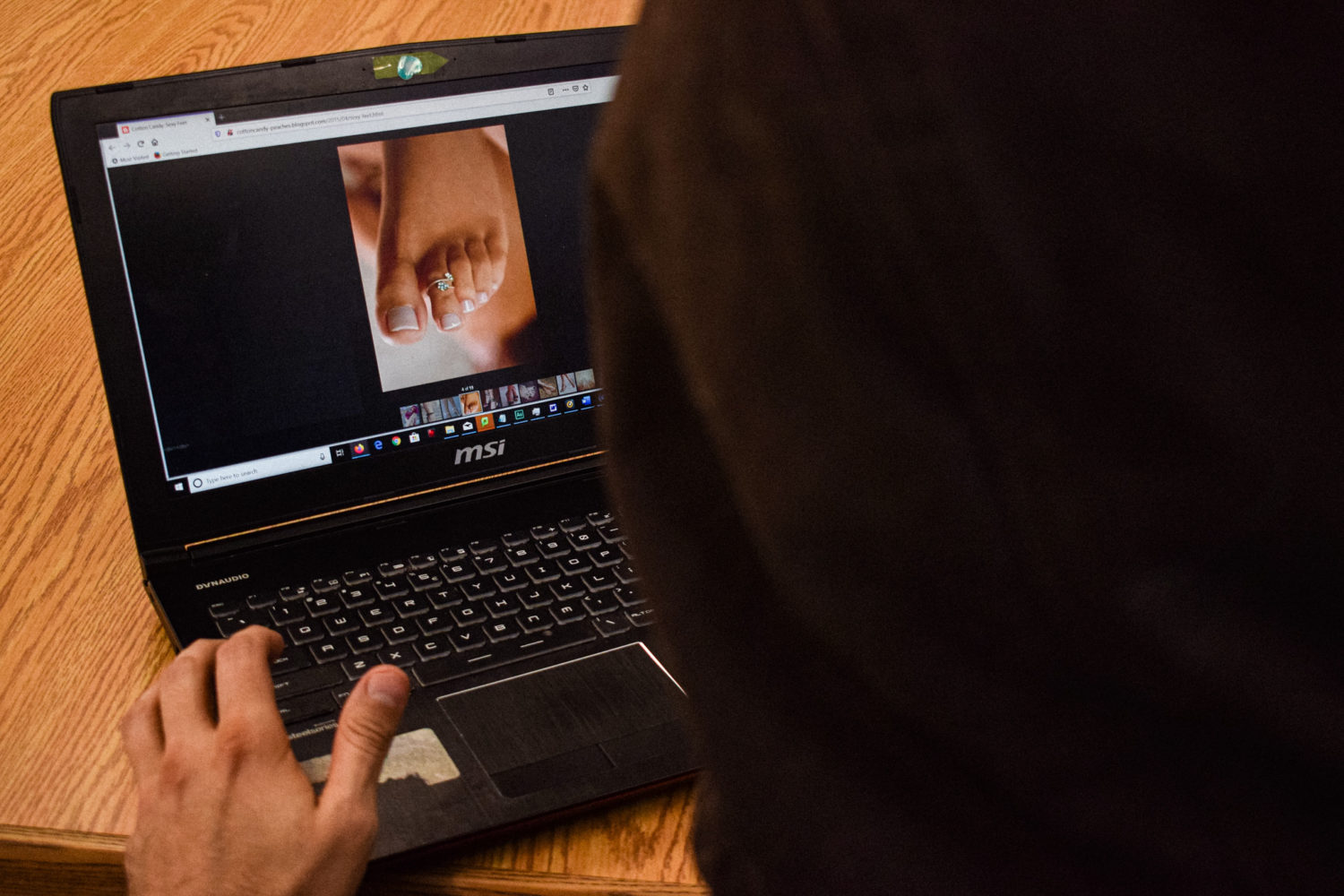 Selling foot selfies and worn socks could be the new way to pay tuition for female students.

Thanks to social media and certain apps, students who are women have a new way to pay for their tuition.” Some people with a foot fetish offer money for a customized picture of a female foot. They usually ask for a specific nail polish colour and foot size. Others go into deeper details, for example, the nails’ length, skin colour, and accessories which make the price of the picture goes higher.

Selling worn socks is another business that some females feel more comfortable doing it than selling feet pictures. Yes, ladies, you can buy socks for $10, wear it for a day, then sell it at least for $40.

The University of Ottawa student, Camille, didn’t have enough time to study and work many hours at her part-time job as a hotel receptionist.

She found out about selling foot pictures from her co-worker who mentioned it as a side job when she needs extra money.

Camille didn’t think about it until she started her exams and worked very few hours. She was swiping on Tinder and she found someone who was offering money for foot pictures.

“Keep calm and send me feet pictures,” read the picture. Camille thought about how low her last paycheck was.

“So I went to delete all of my pictures from my Tinder account and swiped right,” Camille said.

The guy asked for her foot size and her skin colour, then asked her if she could put on red nail polish and specific way to take the pictures. Camille did everything he asked for and took a few pictures of her feet. “I was so confused about how to take feet pictures that I Googled it,” Camille said.

She received a $50 e-transfer with a security question. The answer came in after she sent the photos.

A few days later, another Tinder account caught her eye which was requesting worn socks.

“I am offering cash for well worn sweaty smelly socks, a full day in shoes or boots with a workout on top of that would be greatly appreciated! Also, specialize in foot worshiping with the best foot massage you’ll ever experience. Happy to empower women this way,” read the account’s bio.

The bio made Camille feel uncomfortable so she swiped left.

To a lot of people who have no idea about that kind of fetishism or even about this kind of business, it could be a big surprise when they know about it from other people.

To know about it by coincidence from your girlfriend who does it as a side job for extra money, this could be an even bigger surprise.

Sinan Yildirim, 24, from Turkey and he has been in Canada for four years. He dated a girl for three months before he found out that she sold foot pictures to make extra money from time to time. Their relationship ended a few months later, for a different reason.

“I found more than 30 pictures of her feet and I was so confused,” Yildirim said. “Where I come from, that kind of job doesn’t exist.”