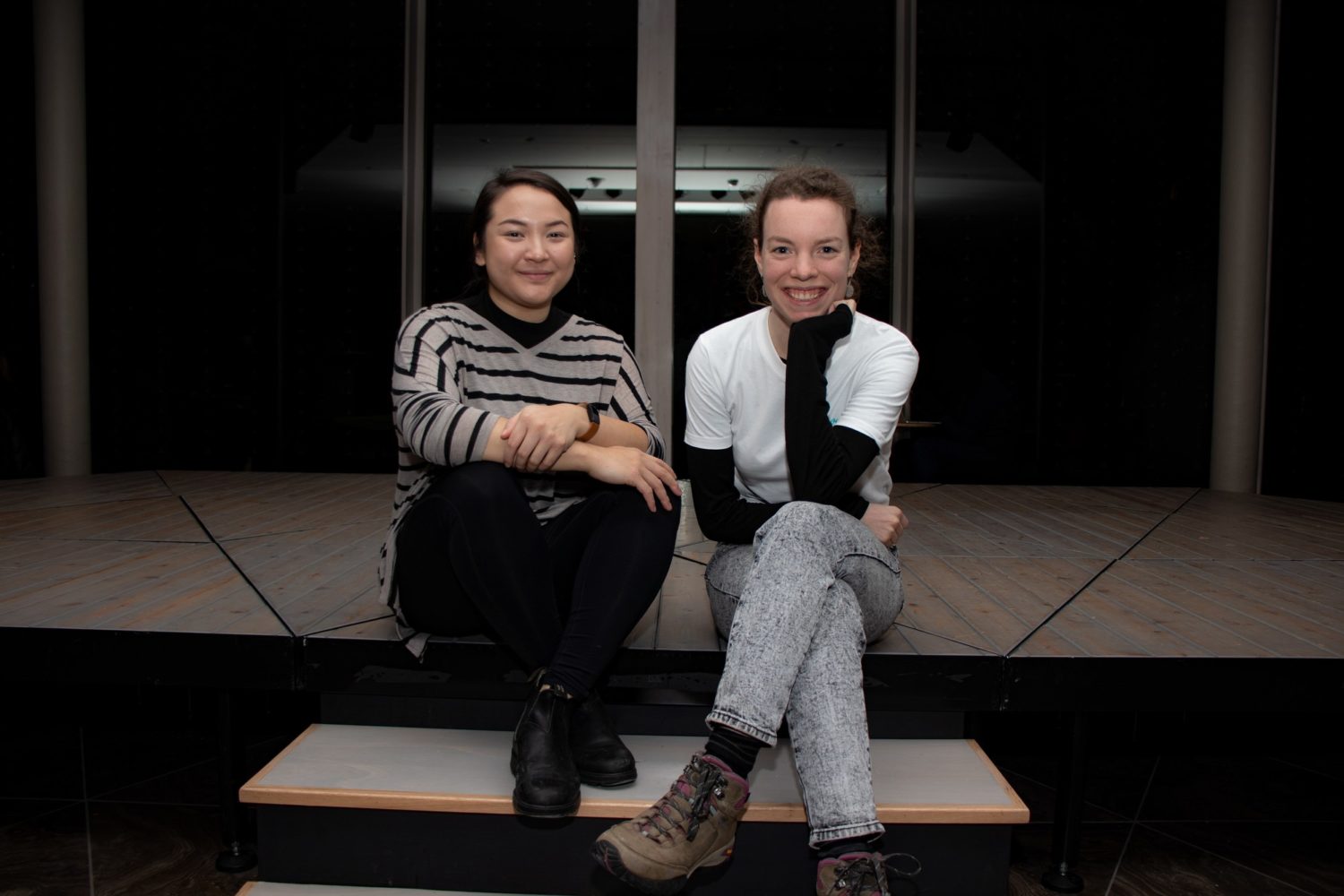 Gabriela Avila-Yiptong and Rachel Gray, two of the three founders of the Common Ground Collective, are preparing a proposal for a new art project.
Photo by: Brian G. Sharbin

Gabriela Avila-Yiptong, Lea Hamilton and Rachel Gray – three grads of uOttawa’s fine arts program and the three founders of the Common Ground Collective – decided to band together after finding each other at a gallery opening a couple of years after graduation.

The spark to create a professional partnership came from Avila-Yiptong, who remembers seeing her work alongside Hamilton’s and thinking that their art had a certain complicity.

“Lea [Hamilton]’s work and my work were hung next to each other and it seemed like they were exploring a similar theme, which is mostly about nature in art,” Avila-Yiptong said. “Rachel [Gray] happened to be there as well so I thought it’d be really interesting if we tried to work together.”

This collaboration led to a joint project titled I Came Back and Things Were Different, which was displayed at the Ottawa City Hall for six weeks from May to June 2019. 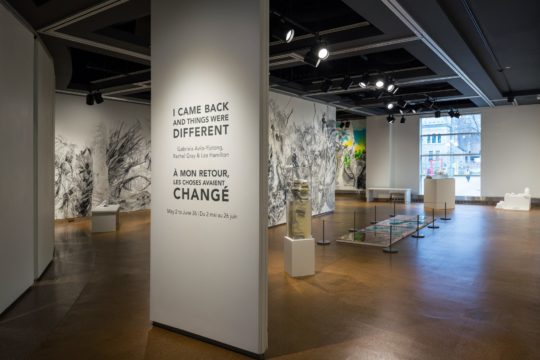 “That project was relating to how we engage with nature, our relationship with non-human organisms and also looking at ways of using gallery spaces in alternative ways,” Gray said. “Rather than approaching our work as three people doing a group show, we instead built an environment and collaborated to make a space that was immersive.”

Creating accessible and immersive displays is a common goal of the collective, as the trio believes it is the best way to reach the public.

“We want to be able to present conceptual work and environments to people,” Avila-Yiptong said. “We want to allow people the time and space to explore what it means to them and how it could be relevant to anything currently happening around them.”

In the grander scheme of things, all members agree that the Common Ground Collective strives to open the door to other local artists.

“When we can no longer work together, whatever the reason may be, we want it [the collective] to operate as a vehicle for emerging artists to be able to collaborate and get their work out there,” Hamilton said.

“We can always continue the collective spirit with future members, which creates an opportunity for young artists coming out of school who perhaps don’t know how to go about this kind of exhibition or don’t have the opportunities to do so,” she said.

Ultimately, the collective is all about artists elevating each other in order to create new opportunities and grow the Ottawa art scene.

“If you’re feeling stuck creatively, or in your career, there’s just something about collaborating with people that will open doors for you,” Avila-Yiptong said.

Avila-Yiptong, Gray and Hamilton are currently in the early stages of creating a new project, which they hope to establish sometime this year.