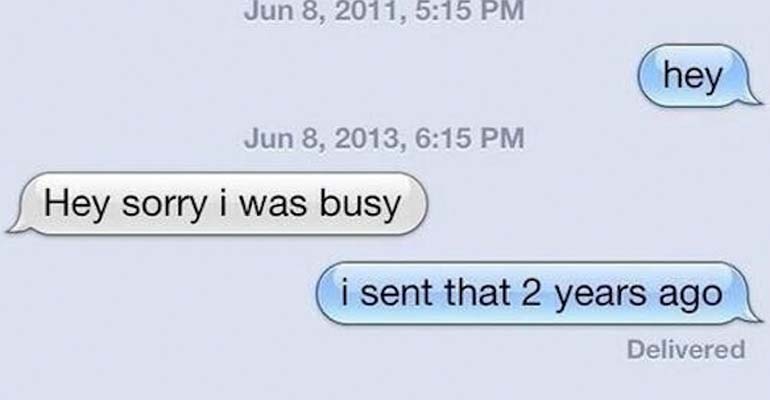 In 2009, a People.com reporter asked actor Bruce Willis if he would be joining Twitter and got a negative response complete with a warning: “That way lies madness.” Willis was referring to all of social media, expressing a concern that its widespread use would redefine social norms – and not in a good way.

10 years have passed. The world keeps turning, Willis is still not on Twitter and social media is embedded into every facet of our lives. That being said, are people worse because of it? I challenge you to answer this question for yourself.

There are questions scattered throughout this article – be truthful and see what your score says about you at the bottom of the page!

Do you sometimes use social media to spy on people? Y/N

“I had a friend going on a blind date,” recalled Leah Coyne, Carleton University international marketing student. “Before she even met him she knew anything she would need to know about him: birthday, where he vacationed, what he studies, how many siblings he had.”

Coyne has two years of experience in social media marketing and communicates with many people in her personal and professional life primarily online.

“Social media stalking much like any other form of stalking is an addiction. Online platforms make it infinitely easier,” she explains. “It has become more normalized. People who found issue with it before have become more numb to it as more people do it.”

Do you appreciate being spied on? Y/N

In a 2017 Superdrug study, more than 70 per cent of participants admitted to a variety of invasive online behaviours towards those they are attracted to – be they from their past or their imagined future.

“If you are making no contact with [someone] and they are unaware of it, it’s still quite predatory behaviour,” says psychologist Dr. Emma Short in a 2015 Newsbeat interview. From a psychological perspective online stalking is no different from the real-world version, she explained, framing it “dangerous.”

The Superdrug study also discovered that people don’t really consider tracking someone’s location and ‘accidentally’ bumping into them to be a particularly disturbing behaviour. That scenario was rated only a six out of 10 in terms of how ‘creepy’ participants found it.

“I have had issues where I tell someone I can’t go out that night and they use location apps to know… that I am out somewhere else,” says Coyne.

Do you sometimes ignore messages for no reason? Y/N

“People who know certain people that they are in contact with may not have anything important to say may disregard their message. People organize their priorities and people accordingly,” says Coyne.

“Prioritizing communication based upon the importance of relationships is absolutely normal, especially when taking into account the number of connections people often have over social media,” confirms Serena Weatherhead, uOttawa graduate of psychology, whose 2016 thesis outlines a correlation between social media use and a plethora of behavioural and psychological issues in adolescents.

“I believe people are more inclined to delay communication over social media simply because they have the ability to. Even with text messages and different social networking sites giving read receipts and user activity [updates], people feel less obligated to respond because it is not face-to-face communication.”

Do you enjoy being ignored? Y/N

Ignoring someone or buffering your communication with them through technology has no immediate empathetic feedback. It’s as easy as looking away from your phone.

“If I know I am going to get a text from someone that I won’t like the response of, I may be more inclined to ignore it because I am avoiding the situation or conversation,” says Coyne. “In person you are confronted with the situation, no avoidance.”

Have you ever lied to, insulted or harassed someone in person? Y/N

“I harassed my ex-boyfriend’s girlfriend for a solid week online,” says one Algonquin student in a recent survey, prompted to recall a moment she regrets.

She’s not alone. 30 per cent of people who answered the survey confessed to social media sins like harassment and identity theft. Without exception, they expressed shame and remorse, some saying they had never done anything like this “in real life.”

People are much more inclined to lie when communicating online rather than in person, determined a University of British Columbia study from 2011 which ran participants through a gauntlet of messaging and social media apps. These results have been replicated in many other studies since, pointing at a new reality of honesty as a matter of proximity.

“Reality requires raw, unfiltered responses and actions in real time,” says Weatherhead. “Communicating through social media allows us to tailor and modify our responses in ways we would not otherwise be able to in face-to-face interaction.”

Unbound from the immediacy of personal interaction, we easily let go of the values and principles it calls for. We navigate the social media landscape with opportunistic, consequence-free abandon. After all, emoji feelings are not real feelings.

Have you ever lied to, insulted or harassed someone online? Y/N

Add up the number of questions you answered with a YES then multiply the total by 25 – then forget it. The number doesn’t matter.