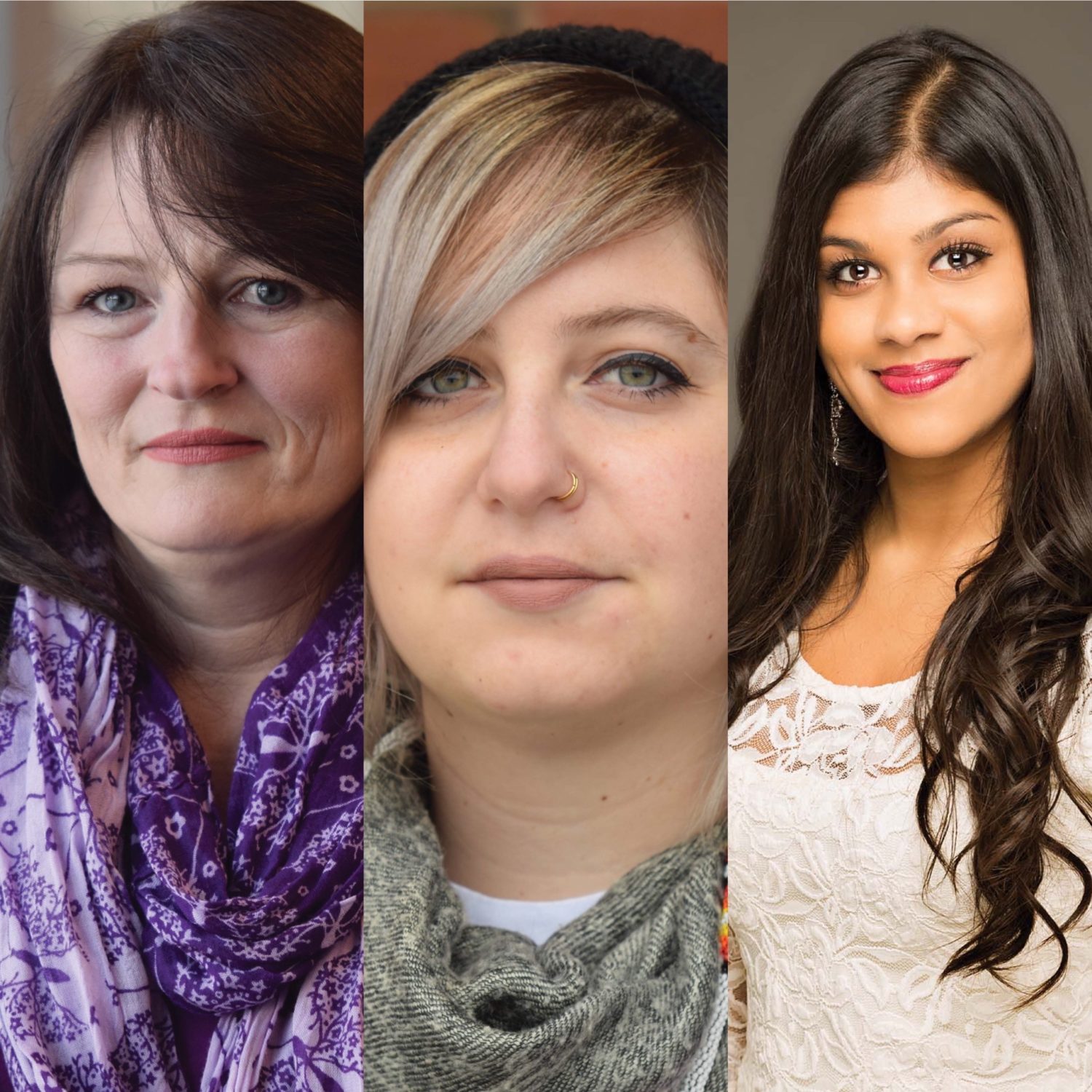 It was the last day of 13 years of emotional abuse and control.

Tracy Lacroix’s now ex-boyfriend grabbed her and pinned her against the couch, seeking drug money that she wouldn’t provide. As her 14-year-old daughter looked on, she realized it was time to reclaim her life. She finally got the courage to ask him to leave for the last time and he did.

Lacroix, now 45-years-old, had found herself in violent situations with men beginning in her early teens.

According to the Canadian Women’s Foundation, half of all women in Canada have experienced at least one incident of physical or sexual violence since the age of 16.

In a mid-2018 report created by the Canadian Femicide Observatory for Justice and Accountability (CFOJA), at least 57 women have been killed in Canada this year. They have been killed primarily by men, with the largest risk coming from former or current partners.

In 2017, the Globe and Mail and reporter Robyn Doolittle, released a series of articles called “Unfounded.” In this investigation, they found that one in five sexual assault allegations in this country are dismissed as unfounded.

In Ottawa specifically, it was found that the five-year unfounded sexual-assault rate is at 28 per cent. This means that 726 of 2557 allegations of sexual assault were dismissed because the investigator did not believe a criminal offence was attempted or took place.

This series has forced law-enforcement agencies in Canada to review thousands of cases as they pledged to re-evaluate their approach to policing sexual violence.

The project demonstrates that progress is possible, but society is still nowhere close to reaching the end of the road on the problem of violence against women.

In the wake of the #MeToo movement, where people are continuously coming forward with their stories of assault, the world is seeing an increase in activism.

In September 2018, protesters in Ottawa participated in the 40th annual Take Back the Night rally, an event designed to fight back against sexual and gender-based violence. This marks one of many events that occur in Ottawa each year to shed a light on this issue.

Tracy Lacroix, Kayla Spagnoli and Aditi Sivakumar are all advocates for women’s rights and participants in events like these, as they aim to have the voices of women who experience violence heard.

These Ottawa women are hoping to raise awareness and create change. 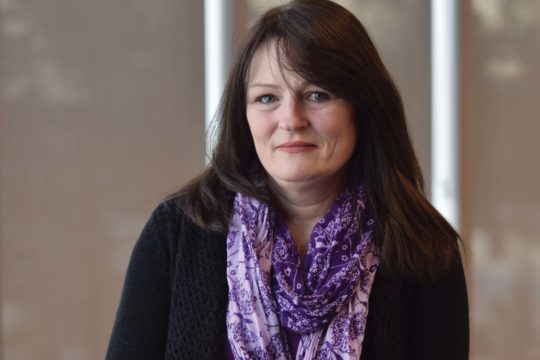 Lacroix, an Algonquin graduate and a casual relief staff member at the adult day program at the college, has always felt strongly about women’s rights due to her personal experiences with abuse.

Following her relationship with her ex-boyfriend seven years ago, she was encouraged by a friend to seek counselling for domestic violence. At first, she didn’t understand why this is something she would need. “He never once laid a hand on me but controlled me in other ways,” she says. “The abuse was verbal and emotional and I think that’s why it didn’t occur to me that it could count as violence.”

After several sessions with a counsellor, Lacroix was able to realize that violence against women can come in many forms and it is what she was experiencing. Since then, she knew that she wanted to take what she had experienced and use it to help other women.

When she became a peer support worker with the Western Ottawa Community Resource Centre three years ago, her advocacy really began to take off.

As a peer support worker, she was matched with women in the area who have or who are currently experiencing violence. In this role, Lacroix acts in a support role as opposed to a counsellor, someone for the women to count on. Even though she deals with PTSD from what she has gone through, she feels compelled to do this work.

In addition to this, Lacroix can be found on the frontline of many protests and events in Ottawa that are working to combat this issue, an issue that she refuses to be silent on. “It’s about being heard,” she says. “This is a real problem that we are facing nationwide and we need to let women know that they have a voice.”

According to her, more resources need to be made available, politicians need to do more and police need to be more sensitive towards survivors.

She has seen officers and politicians show up at events in the city and has heard them declare that they are in support of fighting for this cause, but she doesn’t feel like it has been enough. “Actions speak louder than words,” she says. “I want to see what they have done and what they plan on doing in the future to really address this problem.”

Lacroix hopes that in the future, abusers will be held accountable for their actions and that more people will begin advocating for women who have gone through similar situations to her. “I am tired of being quiet, I am tired of living in fear and it is time to break the silence,” she says. “I am never going to stop standing up for myself or for other women who experience abuse.” 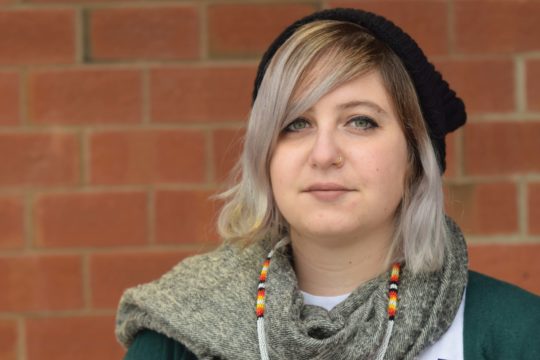 Approximately 10 years ago, she was living in Toronto and working as a funeral director. While at a bar for a going away party, she was sexually assaulted by her co-worker and that is when her entire perspective changed.

At the time, her twin sister Jenna, who is now in the process of completing her master’s in social work at Carleton University, was studying psychology and reading a lot of feminist literature. As they had discussions about what she was learning, Spagnoli came to realize that what she experienced happens to more people than she thought. “This was really my wake-up call to feminism,” Spagnoli says. “It wasn’t as popular 10 years ago as it is now.”

Roughly six years ago, the sisters created Feminist Twins, dedicated to sharing and creating feminist events and detailing volunteer opportunities in the Ottawa area. As a pair, they attend various rallies and protests in the city and give support in any way they can.

Spagnoli graduated from the public relations program at Algonquin in 2017. Following graduation, she went a different route and is currently working in anti-human trafficking for The Minwaashin Lodge. In her role, she works with people across the province to look at how to conquer human trafficking.

She and her sister are both a part of the Ottawa Coalition to End Violence Against Women (OCTEVAW) as the Feminist Twins, fundraising for them and supporting them at events.

According to her, violence against women continues to be a prevalent issue because of how society views women. “We grow up believing that girls have to be quiet and sit still and as they get older, they are unable to speak out about their assault because the blame could be put back on them,” she says.

In her view, discussions about the different types of violence against women need to start at a young age, especially discussions on consent. In addition to this, she feels that Canada needs to do more research and work in restorative justice, allowing survivors of abuse to have a say in what happens to their abuser.

Spagnoli acknowledges that women in different circumstances will have different experiences when it comes to violence and because of this, people should never jump to assumptions when trying to help someone. “We need to listen to these women and let them lead,” she says. “We need to ask them what they want and make sure their immediate needs are being met before we help them find the right resources for their specific situation.”

While she believes progress is being made to combat this issue, there is still a long way to go. In order for the advocacy to continue with strength, groups will have to band together. “Find the people that feel the same way as you do and figure out what you can do in your capacity to overcome it,” she says. “We can’t expect to move mountains overnight, but by having these important conversations, we are on the right track.” 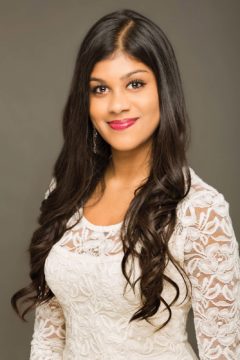 In July, 2018, former part-time student at Carleton and recent Queen’s University graduate, Aditi Sivakumar, sat down for her first day of training for the peer support program at the Western Ottawa Community Resource Centre.

Simply looking for opportunities to volunteer and give back to her community, she was unsure how the six-week course on violence against women was going to unfold. Little did she know that this program was going to make an incredibly positive impact on her life.

During this time, she learned of the different resources available to women in the area who are facing abuse and is now qualified to give support. In interacting with these women, she discovered that she has a passion for the topic and wishes it was more widely addressed.

“I definitely think Ottawa’s platform has gotten stronger over the years, but I don’t think that the issue is as known as it should be,” she says. “I think that most people know that violence against women does exist, but they may not know the gravity of the situation or how common it is.”

Sivakumar believes that the right steps are being made for progress but there is still a long way to go. While there is a lot of talk about ending this violence, most people don’t know where to start when it comes to putting in the work. “Rome wasn’t built in a day,” she says, “this problem has been around for decades and a lot still needs to be done to address it properly.”

She hopes that people are able to see the positivity of their advocacy thus far and use it to motivate them to continue their good work. “Change might not be immediate,” she says, “but if we give up now, the future doesn’t have much hope for ending this issue.”