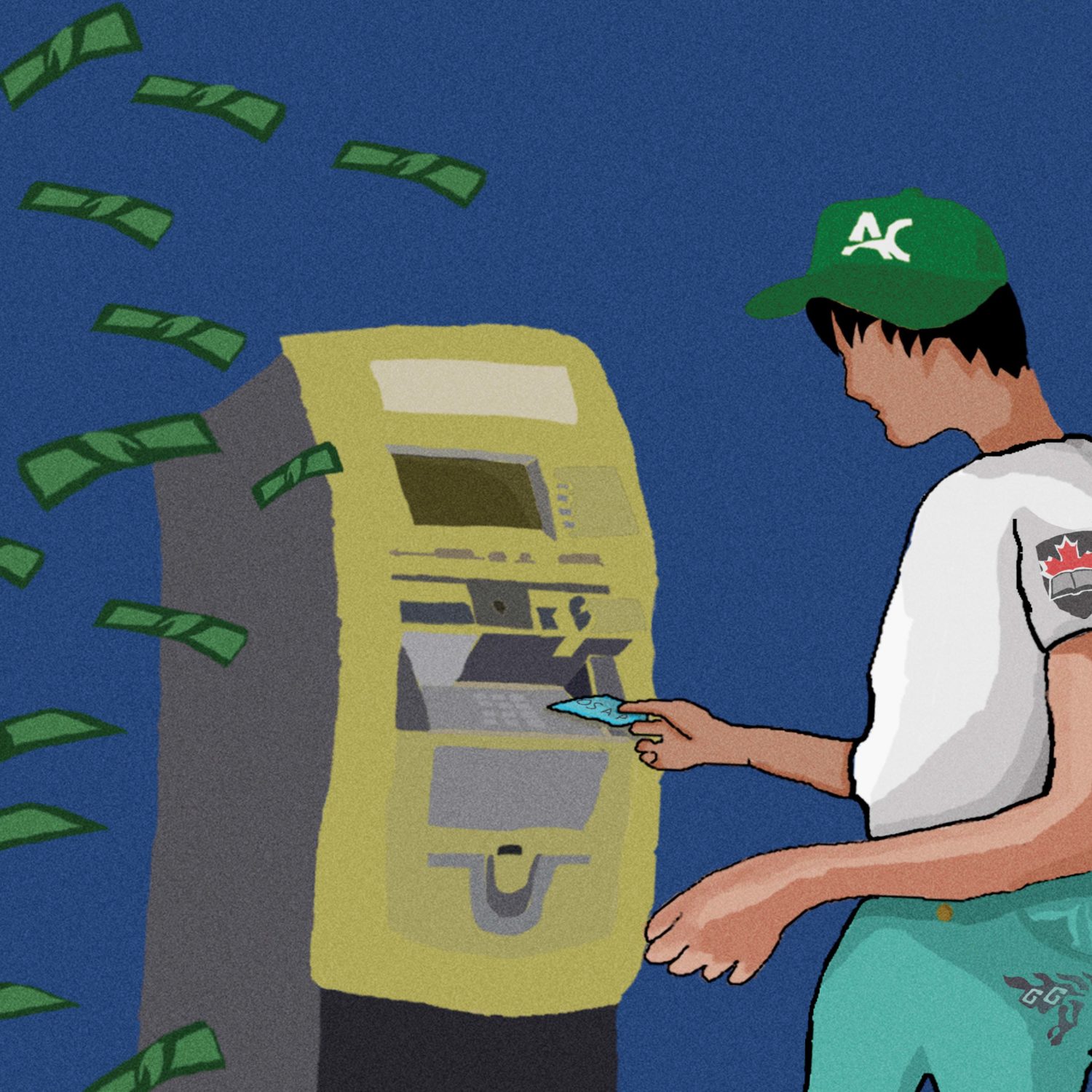 The cliché of the poor college student can seem inescapable. Every year around September, college and university students begin to count the money they’ve saved over the summer and start to think about how best to budget their savings and OSAP, stretching every penny as far as possible.

Unfortunately, most of these strategies are destined to fail. The implicit secret is you don’t have enough money, to begin with. Your best option, therefore, is to live like a monk for four months, hoping you run out of money as late in the semester as possible.

Screw that. Why not consider other options?

Trevor Spik did. The former heritage masonry student at Algonquin’s Perth campus spent a year on a $50-a-week budget. However, he did this after spending $2,500 on a whitewater kayak, helmet, paddle and dry-suit. “I was on beans and rice for a year,” he says. “The only thing I could do was slowly try and build up a spice rack to make it tolerable.”

What single purchase embodies the ideals of a splurge more than buying a boat? Student loans and bursaries are the cheapest and lowest-interest chunks of money most students will see for a long time. So instead of living a life of intense frugality, spend that money like a French monarch in the 1700s and let fate sort out the semester’s budget.

Once you get your OSAP money, assuming rent and tuition haven’t already drained you dry, your first question will obviously be: what should I buy first?

Back-to-school shoes, obviously. Algonquin College justice studies student Ali Abashar recommends a pair of Yeezy’s, which will only set you back about $500. (NOTE: All prices in this article were accurate at the time of publication. They may have changed.)

And as new shoes demand a new bag, you’ll need one of those too. Why not pick up the Hershel Little America backpack for $130. Both Carleton University and uOttawa’s campus stores offer the Swiss Army branded backpacks featuring their respective school’s logo. Both offer an identical option at $64, but only uOttawa offers a $70 version that comes in black and has more pockets.

And what better stuff to put in those pockets than some sweet, high-end school supplies. You’re not in high school anymore, so that means no more trips to Walmart for fantastic deals. You are a post-secondary student, so you shop at the college or university store.

As a student, it’s important to pay attention in class and take plenty of notes, which you can do on your new $30 Blackwing Slate Notebook with your $15 Algonquin branded Architect Pen set with a key ring and light. However, if you prefer the feel of leather while you take notes, pick up the Fabrizio Junior Portfolio with a laser etched Algonquin logo for $30.

While you’re there, get yourself a new Algonquin Sweater for $40 to show your school pride, or you can get a personalized sweater for $80. School sweaters at uOttawa and Carleton go for $60 because if your education is more expensive, so too should be your school pride.

It’s the 21st century and today’s modern student is nothing without good tech. For many students, a good laptop is compulsory. As we are not here to save money, we don’t need to talk about entry-level laptop options. You are reading this article to go, as the Spanish say, Plus Ultra.

Connections at Algonquin offers the ASUS ROG Strix GL503 with Windows 10 Pro, the latest 8th Generation Intel Core i7 processors, and NVIDIA GeForce GTX 10-Series graphics. The rig itself will run you $2, 000. If you’re an architectural science and building science student, this type of machine is mandatory. For the rest of you: why not consider all of this costly power too?

You’re also going to want to get the right accessories to get the most out of your nice new gaming laptop. Connections stocks Razer branded gear, including $130 Naga-Trini mouse, the $90, 13”x10” Firefly mousepad, and the $209.99 Huntsman keyboard. All that’s left is a $330 pair of Beats Solo 3’s and a 1TB, triple interface, Lacie USB storage device for $130.

Though if you’re looking for a good time playing games, Simranjit Singh an employee of Algonquin’s Connections store, would direct you to a significantly lower-tech option. “Our most popular items are the board games,” he says. “People would rather buy that than the VR headset.”

Sounds good. But since our concept here is to treat ourselves, choose the $80 Pandemic: Legacy board game, because it’s nearly $20 more expensive than everything else.

A good student needs fuel, and by fuel I mean coffee. Most money-saving strategies will usually start with coffee. As in, forgo your daily $5 cup and you can save a ton over time. Frankly, $5 coffees are child’s-play.

Be fancy grown up and purchase a venti triple mocha from the campus Starbucks for $5.95 plus tax. You’ve got OSAP money to blow and 8:30 a.m. classes. What better way to deal with both problems than spending nearly $35 a week on chocolate-flavoured bean juice?

When lunch or dinner rolls around, you have a few options as a student. You could go and find an option in the cafeteria like a peasant, or you could dine in luxury at Algonquin’s Restaurant International. A mere $17.99 will get you three courses: an appetizer, a main and dessert.

The obvious question then becomes: “what wine pairs best with my Rainbow Trout Meunière, or my Braised Beef guignon?”

James Waller, a professor of hotel and restaurant management – the program in charge of FOH operations for International – recommends the G. Marquis Chardonnay, at $31 a bottle, with the fish, and the Daniel Lenko Merlot, at $40, with the beef. “Every wine on the menu is a fantastic local wine,” he says. “But if I had to pick a favourite, it would be the Cave Spring Dolomite Reisling.”

Now some of you may be thinking this kind of advice may be irresponsible. Advocating that students frivolously spend money they’ve been given by the government without any thought to a budget or how they will pay back.

However, due to rising sea levels and the threat of global climate disaster within the next 20 years, there’s always a hope society will descend into some sort of Kevin Costner-esque Water World before any of us even get a chance to put a dent in our repayments.