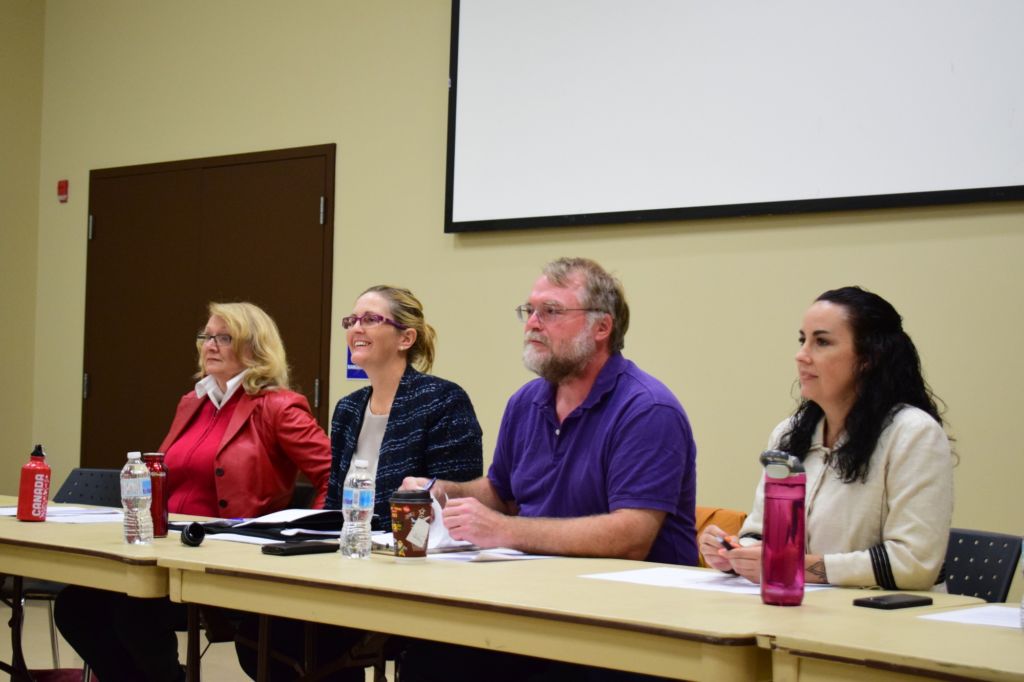 The transit system, affordable housing, green space protection: these are just a few issues at stake for Kanata-Carleton residents in the upcoming federal election.

The last all-candidates debates took place on Oct. 17 at the Kanata Recreational Centre, which was jam-packed with Kanata residents who sat for over an hour and listened to their candidates’ hopes and promises. 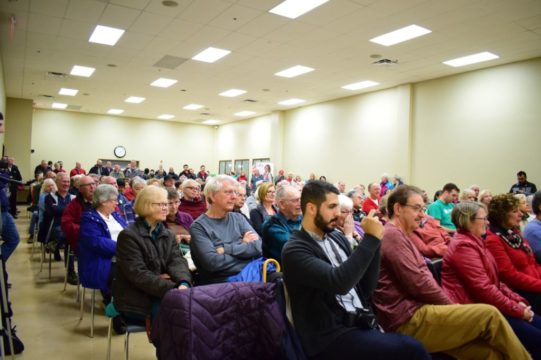 The crowd at the Kanata Recreational Centre on Oct. 17, at the all-candidates debates.

The candidate who was absent from the debate was the Conservative Party candidate, Justina McCaffrey. She is currently tied in the polls at 39.5 per cent with the incumbent Liberal MP, Karen McCrimmon.

McCrimmon has been the Kanata-Carleton Liberal MP for four years and won the 2015 federal election with 51.3 per cent of votes.

Neil Thomson, the Kanata Beaverbrook Community Association president, served as a moderator for the candidates’ questions, most of which were submitted online prior to the debate.

“The top issue I’m hearing is climate change,” said Dr. Jennifer Purdy, the Green Party candidate. Purdy, who is a family physician at the Ottawa Lifestyle Medicine clinic, also believes that there is a lot more to be done to protect green spaces in Kanata.

McCrimmon, the Liberal MP candidate, said that the transit system was also one of the major concerns. She hopes that once Phase 2 is complete, they can start work on Phase 3 of the LRT.

“I was able to secure the funding to get the environmental assessment done to bring the LRT from Moodie to Kanata,” she said. “That will give us a really good sense of how much that link is going to cost us.”

NDP candidate, Melissa Coenraad, explained that she heard the main concerns were pertinent to the fear of having another party in government, specifically, if the leader of the Conservative Party wins the majority government.

“Will it be the same kind of thing that we’re seeing provincially with extreme cuts?” she asked. “I know that I’ve heard stories about people with children with autism and one of them having to quit their job because they lost their funding.” 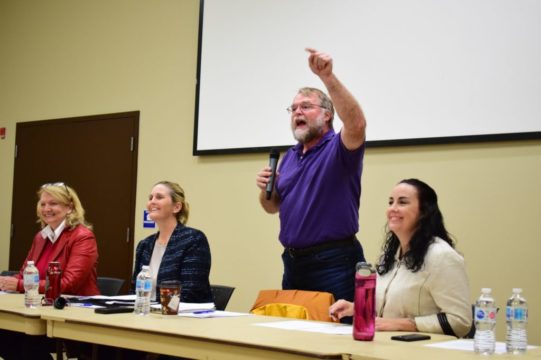 Scott Miller, the People’s Party of Canada candidate said that residents within rural communities had main concerns looking at the lack of internet connection for communication and streaming services.

“They don’t have sufficient rural internet and the [connectivity] is quite poor once you get outside the city,” said Miller. “And we count [on] the future of connectivity of Netflix and YouTube and they can’t participate in that because they don’t have the capacity.”

Aside from the main residential concerns, the moderator shifted the questions that addressed the concerns of students such as tuition and student debt.

“The first thing that NDP is going to do is take away the student-debt interest. The NDP is going to cover that cost for students,” said Coenraad. “Because we know it’s taking students longer and longer to pay off their debt once they come out of school we have to help our students.”

Coenraad’s goal is for students to be employed as well as have a wider window of time to off their debts.

Scott Miller, from the PPC Party, shared a different approach for students facing adversity, which focused on a more realistic approach to solving problems. “We need to harness those young minds to solve problems. We need to support them in everything they do.” 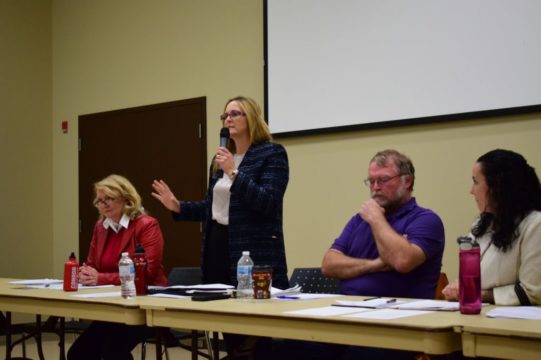 Dr. Purdy suggests that providing free post-secondary education is one option for students as well as looking at providing more resources for schools, specifically post-secondary. “The federal government has a responsibility in ensuring that our colleges and universities are appropriately resourced because that’s what’s going to keep our economy going,” she said.

McCrimmon says that postsecondary concerns have always been an important issue, regardless of the institution type. “The more education our children get, the better chance they have to have a good life,” McCrimmon said.

“In the past, we were just focused on universities, but there’s so much more,” she said. “That’s why so many of the investments that the government made here in the high-tech sector, were for apprenticeships and mentorships.”

She added that there was also an increase in student jobs, specifically in the Canada Summer Jobs program. Even if it is a first job for some students, this gives them a head start to paying off their debts.

Residents have until Oct. 21 to cast their votes and more information can be found on the Elections Canada website.